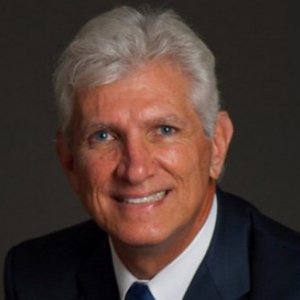 Prior to his current role, Benveniste served as Dean of the Carlson School of Management at the University of Minnesota. He rose to the rank of dean from his faculty position as the U.S. Bancorp Professor of Finance. He also served on the faculties of Boston College, Northwestern University, the University of Pennsylvania and the University of Rochester.

Benveniste worked as a staff economist for the Board of Governors to the Federal Reserve System in Washington, D.C., where he helped to develop several significant regulatory initiatives, including risk-based capital, which monitors the equity value of commercial banks to protect the deposit insurance system.

He is currently on the Board of Directors of Alliance Data Systems and Rimage Corporation.

Anatomy of a major B-school turnaround

"It was a March day in 2009 when several members of the senior leadership team at Emory University’s Goizueta School of Business walked into the dean’s office for an urgent meeting. Dean Larry Benveniste knew the news was bad. 'I could see the look on their faces,' he recalls. 'They had something to tell me I knew I wasn’t going to like...'"

Alignment of Interest in the Private Equity Industry

The Emory Center for Alternative Investment

2010 In 2009 the Institutional Limited Partners Association (ILPA) assembled “The Private Equity Principles” as a positive effort to better align the interests of LPs and GPs. These principles resulted from the way the industry has evolved during the credit crisis and practices that some perceive as reflective of misalignment. Our objective in this document is to develop an economic foundation and a framework to better understand where the interests of GPs and LPs are currently misaligned as well as suggestions to mitigate those misalignments. This allows for an informed and ...

On the anticipation of IPO underpricing: Evidence from equity carve-outs

2008 We investigate IPO market efficiency using a sample of equity carve-outs offered during the period of 1985–2005. Unlike IPOs examined in previous studies where trading during the pre-IPO book-building period does not exist and trading on the IPO date is rationed, in equity carve-outs, investors can trade in the non-rationed market for shares of the parent, which holds a significant fraction of the subsidiary. We find that the subsidiary's initial day return is significantly related to its parent's return over the book-building period, but unrelated to its ...

Evidence of information spillovers in the production of investment banking services

2003 We provide evidence that firms attempting IPOs condition offer terms and the decision whether to carry through with an offering on the experience of their primary market contemporaries. Moreover, while initial returns and IPO volume are positively correlated in the aggregate, the correlation is negative among contemporaneous offerings subject to a common valuation factor. Our findings are consistent with investment banks implicitly bundling offerings subject to a common valuation factor to achieve more equitable ...