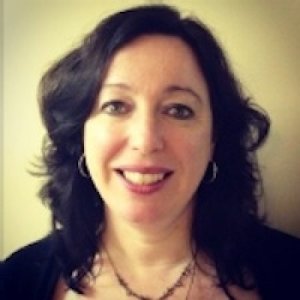 Throughout her international research career, Bernadette Murphy, PhD, has made a significant contribution to increasing the understanding of how the brain and body are connected in preventing and rehabilitating chronic neck and back pain. Dr. Murphy is a Professor in the Faculty of Health Sciences at the University of Ontario Institute of Technology (UOIT), founding Head of Kinesiology, and Director of the university’s world-class Human Neurophysiology and Rehabilitation Lab.

A registered Chiropractor for 25 years, her research inspiration stems from her desire to understand the complexities of her patients’ conditions and reduce their risk of injury. She treated many patients with chronic pain resulting from untreated repetitive strain injury (RSI) of the upper limb, which was not well understood.

This motivated her to pursue a PhD aimed at understanding how repetitive activity affects muscle sensation, and Dr. Murphy completed her Doctorate in Human Neurophysiology at University of Auckland (UoA), New Zealand in 1998. Her doctoral research showed that people were not able to perceive the development of injury and only became aware of RSI once pain had developed, by which time faulty movement patterns were ingrained; shifting strain that started in the muscles to the brain. This discovery guided the trajectory of her career aimed at better understanding connections between the brain and the muscles, and how changing feedback to the brain affects its capacity to adapt positively or negatively to incoming sensory information.

While a practicing Chiropractor in New Zealand, she became a Lecturer in the Department of Sport and Exercise Science at UoA in 1999; in 2002 she was appointed tenured Senior Lecturer; and in 2003 she established a Master of Science in Exercise Rehabilitation program and served as Program Director until 2007. After 19 years as a practicing Chiropractor in New Zealand, she returned to Canada in 2007 to the role of founding Head of Kinesiology at UOIT, and appointed full Professor in 2010.

Chronic Back and Neck Pain

Dr. Murphy is the founding head of UOIT’s Kinesiology program, and director of the Human Neurophysiology and Rehabilitation Lab. She teaches undergraduate courses in Exercise Rehabilitation and Kinesiology, and graduate studies in Neuroscience in Rehabilitation Kinesiology. She has supervised the award-winning research of her PhD and Master’s students; including the development of novel approach using transcranial magnetic stimulation to study changes in cerebellar excitability.

Dr. Murphy has been a practicing chiropractor in Canada for five years, and has been appointed adjunct professor with CMCC; a world leader in chiropractic education and research.

Editorial Board, Journal of the Canadian Chiropractic Association (JCCA) (professional)

Dr. Murphy currently serves on the editorial board of the JCCA, the peer-reviewed, quarterly research publication of the Canadian Chiropractic Association.

The role of spinal manipulation in modulating neuroplasticity

The strain is in the brain: the role of chiropractic in modulating central neural plasticity