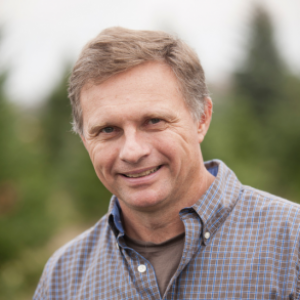 
An expert in horticulture industry trends and carbon sequestration by trees.

Spruce, pine or fir? Let the experts from Michigan State help you pick out the perfect tree this Christmas 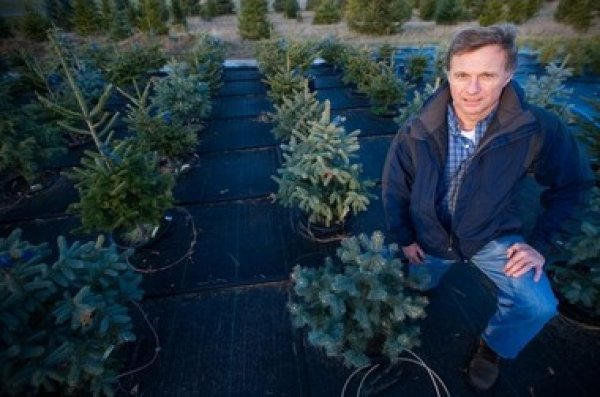 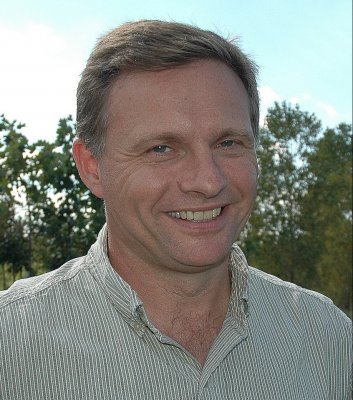 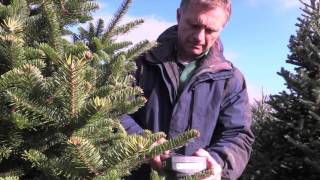 Are those trees changing colors already?! Bert Cregg can answer any questions regarding fall foliage and what we can expect to see this autumn.

“What we always recommend to people is that they recycle it somehow, and there’s a number of different options,” said Bert Cregg, an associate professor of horticulture and forestry at Michigan State University who focuses on nursery crops and Christmas trees.

Christmas trees for connoisseurs: Try an exotic species this year

Michiganders that purchase a real tree for the holidays each year are likely familiar with many of the “tried and true” Christmas tree species that usually appear at tree lots and choose-and-cut farms such as Fraser fir, balsam fir, Douglas fir and blue spruce. Michigan Christmas tree growers are an innovative lot, however, and consumers may find exotic or lesser-known species as they’re looking for this year’s tree. [...]

For those shopping for a fresh tree, Bert Cregg is someone they would like to bring along. Cregg is a professor with Michigan State University Extension in the horticulture and forestry departments. His version of a lab is a grove of trees on the south side of MSU's campus. [...]

Michigan fall colors back on track because of warm weather

What’s going on with fall color in Michigan?

Many Michigan residents have likely noticed some earlier-than-usual fall color in their neighborhoods. Maples, honeylocusts, sassafras and other tree species have shown early fall color around the Lansing, Michigan, area this year (Photo 1). Why the early color change? [...]

2018 Fraser fir (Abies fraseri [Pursh] Poir.) is an important Christmas tree species in the United States, and understanding its phenology is important for managing Fraser fir trees in plantations or forests. Many management decisions are informed by and dependent on shoot phenology, from late spring frost protection to shearing, and from timing pesticide sprays to managing cone production. The ability to predict important phenological stages will become increasingly important as the climate warms, as is predicted for the primary regions where Fraser fir is grown for Christmas trees. Here, we report on the development of a model of shoot phenology in Fraser fir, and present one example of how this model may be applied to the problem of managing cone production. We surveyed shoot phenology at nine Christmas tree plantations in Michigan over three years, and used the data obtained to develop a phenology model of shoot growth. Derived from the beta sigmoid function and based on growing degree days, this phenology model offers a high predictive power and is robust to extremes of temperature and precipitation. When applied to cone production, our model provides guidance for timing practices that influence cone bud formation, both for reducing nuisance cones in Christmas tree plantations and for enhancing cone production in seed orchards. In addition, the model may assist with timing other practices tied to shoot phenology. The performance of our model under extreme heat and drought conditions suggests a role for this and other phenology models in predicting and mitigating the effects of climate change on tree growth and development.

2017 Fraser fir (Abies fraseri) is economically important as a Christmas tree in the United States, but trees often produce cones at a young age when grown in plantations in the Midwest. Early cone production is undesirable and decreases the economic value of the tree. High temperatures and drought are associated with increased reproductive output in conifers. Therefore, we investigated the effects of irrigation and mulch on cone production in two Fraser fir plantations in Michigan. At one site, we applied mulch to one tree in each row, with paired controls. In 2013, irrigation increased soil moisture by 47% under drought conditions, compared to non-irrigated control plots. However, irrigation had no effect on cone production in any year. Mulch reduced average maximum daily soil temperatures 7.4°C in 2013 and 4.8°C in 2014. Mulch reduced cone production in 2014 by 51%, but had no effect the following year, after a cooler summer. Our findings suggest that soil temperature, rather than soil moisture, regulates cone formation in Fraser fir, but treatments that reduce soil temperatures may only be effective in warmer locations or years.

Regulation and Management of Cone Induction in Temperate Conifers

2017 Forest tree improvement programs provide the basis for most of our knowledge of cone induction in conifers. Since World War II, forest geneticists and tree breeders have largely selected for traits that improve productivity, and improved seed is now commonly produced in seed orchards. However, seed production in many conifers varies widely from year to year, regulated in part by environmental conditions. Therefore, much of the research in conifer reproduction has focused on enhancement of cone development during summers when weather conditions are unfavorable to reproductive bud initiation. In this review, we synthesize current knowledge about the manipulation of cone production in temperate conifers. We provide an overview of conifer reproductive biology, describe the progression from reproductive incompetence to reproductive maturity, and discuss both endogenous (e.g., genetic, epigenetic, hormonal) and exogenous (e.g., temperature, moisture, tree size) regulation of reproductive development. Finally, we summarize the most common approaches to cone enhancement in seed orchards, provide direction for future research, and suggest possible mechanisms that might govern reproductive development, such as the GA-DELLA and miR156/SPL modules.

2017 Precocious cone production in Fraser fir (Abies fraseri) results in substantial economic losses for Christmas tree growers in the United States. Cone removal often represents the second highest labor expense, after shearing. Gibberellins (GAs) regulate both reproductive development and shoot elongation, and are used to enhance cone production in conifer seed orchards. We identified plant growth regulators (PGRs) that inhibit GA biosynthesis – paclobutrazol, applied by foliar spray (PBZ-foliar) or soil injection (PBZ-soil), and chlormequat. We evaluated the effects of PGR treatments on cone production and vegetative growth in three tree size classes (small, medium, and large) at four locations over a three-year period. PGRs were applied in spring 2013, but did not affect growth until 2014, nor did they affect cone production until 2015. In 2014, PBZ reduced leader length by 21–29% across size classes and sites, while also increasing bud density by 11–20%. In 2015, PBZ-soil reduced average cone density (cones/tree) in small, medium, and large trees by 33%, 54%, and 40%, respectively. PBZ-soil also reduced leader length by 20–29% and increased bud density by 16–25%, making it the most effective PGR at controlling height growth and cone production in Fraser fir.