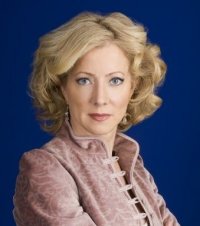 Court TV and IN SESSION

Beth Karas has been a correspondent for IN SESSION since 1994. She reports from courthouses around the country and has covered the trials of such high-profile defendants as record producer Phil Spector, the German national who assumed the name of Clark Rockefeller, former "Baretta" star Robert Blake, Kobe Bryant, Martha Stewart and Scott Peterson.

Karas has also covered the California murder trial of Cynthia Sommer, convicted of and then cleared in the poisoning death her husband, Todd; the 2008 trial of Neil Entwistle, accused of murdering his wife and infant daughter in a Boston suburb; the Amadou Diallo trial, in which four NYPD officers were charged with shooting an unarmed man; and Connecticut v. Michael Skakel, the Kennedy nephew convicted of killing his neighbor, Martha Moxley.

In addition to reporting in the field, Karas draws on her trial experience to offer commentary on other cases the network covers. She also contributes to CNN.com, writing for the IN SESSION blog and the Justice page.

Karas has appeared as a legal expert on virtually every cable and network news program, including "Nightline," "Dateline," "The Today Show," "Good Morning America," "The Early Show," "Larry King Live," "Anderson Cooper 360," "On the Record with Greta van Susteren" and "The O’Reilly Factor."

Prior to joining IN SESSION, Karas was an assistant district attorney in New York City. During her eight years as a prosecutor, she handled cases ranging from robbery and rape to complex racketeering and political corruption schemes, at trial and in the grand jury. She is a graduate of Mount Holyoke College and Fordham Law School.