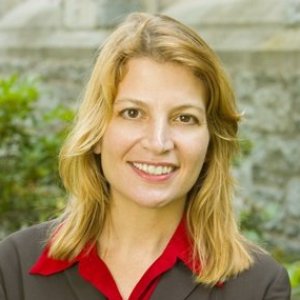 
Professor of Law with a focus on federal Indian law and property law.

Professor Bethany Berger is a widely read scholar of Property Law and Legal History and one of the leading federal Indian Law scholars in the country. She is a co-author and member of the Editorial Board of Felix S. Cohen's Handbook of Federal Indian Law, the foundational treatise in the field, and co-author of leading casebooks in both Property Law and American Indian Law. Her articles have appeared in the Michigan Law Review, California Law Review, UCLA Law Review, and the Duke Law Journal, among other publications, and have been excerpted and discussed in many casebooks and edited collections as well as in briefs to the Supreme Court and testimony before Congress.

Professor Berger graduated with honors from Wesleyan University, where she was elected to phi beta kappa, and from Yale Law School. After law school, Professor Berger went to the Navajo and Hopi Nations to serve as the Director of the Native American Youth Law Project of DNA-People's Legal Services. There, she conducted litigation challenging discrimination against Indian children, drafted and secured the passage of tribal laws affecting children, and helped to create a Navajo alternative to detention program. She then became Managing Attorney of Advocates for Children of New York, where she worked on impact litigation and policy reform concerning the rights of children in public education.

At the University of Connecticut School of Law, Professor Berger teaches American Indian Law, Property, Tribal Law, and Conflict of Laws. She is also the Wallace Stevens Professor of Law, a chair named for one of America’s greatest poets, a lawyer who lived and worked in Hartford for most of his life. She has served as a judge for the Southwest Intertribal Court of Appeals and as a visiting professor at Harvard Law School and the University of Michigan Law School. 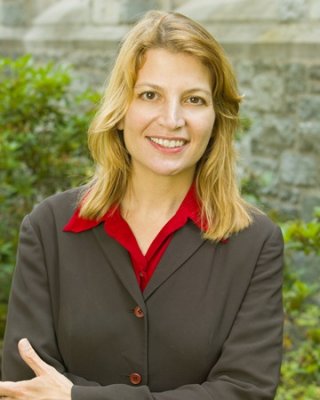 Bethany Berger, a professor at the University of Connecticut Law School, discusses the Supreme Court ruling against unions on a decades-old regulation that gives union organizers access to agricultural company land for part of the year to talk to workers.

University of Connecticut School of Law professor Bethany Berger, who specializes in real estate transactions, said the lawsuit touches on a ”real problem that harms consumers and buyers.” “This has been an ongoing issue,” said Berger, who is not involved in the litigation. “Zillow and a few online real estate companies are playing an increasingly large role in the home-search process. And to the extent that they displace the brokers that really know the market and the property, the homebuyers lose. As someone who teaches and thinks about real estate transactions, what Zillow is allegedly doing sounds troubling.”

Podcast: Can Police Enter a Home to Check on Safety?

Former federal prosecutor George Newhouse of Richards Carrington, discusses Supreme Court arguments over whether police can enter a home without a warrant in order to check on the safety or health of the residents. Bethany Berger, a professor at the University of Connecticut Law School, discusses Supreme Court arguments in a case that pits union rights against property rights. June Grasso hosts.

A key presidential election is approaching. The U.S. Supreme Court hears a case with powerful political implications. The court rules, but the populist president doesn’t care. Our national commitments — to the Constitution, to morality, to the rule of law — seem at risk. Then, the president backs down. The nation survives. This might be the story of President Trump’s short-lived threat to get a citizenship question on the census in defiance of the Supreme Court. Instead, it’s the story of Worcester v. Georgia, decided in 1832.

The proposed eminent domain law would only hurt Connecticut.

The eminent domain bill now before the Connecticut Legislature would hurt efforts to improve Connecticut’s struggling economy without meaningfully protecting Connecticut citizens. The bill prohibits the state or municipalities from exercising eminent domain “for commercial purposes.” The language is so vague that it is more likely to create protracted litigation than protect property owners.

Birthright citizenship: A Trump-inspired history lesson on the 14th Amendment

Supreme Court of the United States

With a three-justice plurality opinion, a two-justice concurrence in the judgment and two dissents, Washington State Department of Licensing v. Cougar Den appears unusually fractured at first glance. But the disagreements among seven of the justices are relatively small, turning largely on whether and why Washington’s motor-fuel tax really burdens the Yakama treaty right to travel. Only the dissent by Justice Brett Kavanaugh, joined by Justice Clarence Thomas, indicates a fundamental disagreement about the rules of tribal treaty interpretation.

Connecticut is on the brink of making judicial confirmations turn solely on politics. The recent history of the federal judiciary shows why this would be disastrous. To avoid sending Connecticut down this partisan path, the General Assembly must confirm Andrew McDonald as chief justice.

Allergan-St. Regis Mohawk Patent Deal Too Clever By Half

In September, Allergan rocked the IP world by transferring patents to its best-selling eye drug Restasis to the St. Regis Mohawk Tribe. The Tribe paid nothing for Restasis—in fact, Allergan paid the Tribe $13.75 million to take Restasis off its hands. Allergan also agreed to pay the tribe some $15 million annually for the privilege of leasing back rights to the drug it used to own.

Regulating for the Seventh Generation: Tribal Nations and Environmental Law

2019 Equality arguments are used today to attack policies furthering Native rights on many fronts, from tribal jurisdiction over non-Indian abusers to efforts to protect salmon populations in the Pacific Northwest. In 2018, these efforts won a potentially devastating victory when a federal district court held the Indian Child Welfare Act unconstitutional in Brackeen v. Zinke.

2017 There has long been speculation that the Supreme Court is hostile to Indian tribes. Between 1990 and 2015, tribal interests lost in 76.5 percent of Supreme Court cases distinctly affecting them; the loss rate rose to 82 percent in first decade of the Roberts Court. With four Indian law cases on the docket last year, Native communities were poised for disaster.

Resurrecting the Third Sovereign in the United States Supreme Court

2017 There has long been speculation that the Supreme Court is hostile to Indian tribes. Between 1990 and 2015, tribal interests lost in 76.5 percent of Supreme Court cases distinctly affecting them; the loss rate rose to 82 percent in first decade of the Roberts Court. With four Indian law cases on the docket last year, Native communities were poised for disaster. Newspapers speculated on why tribes couldn’t win in the Supreme Court. By the end of June 2016, however, tribal interests had lost just one case, won two, and the Court split four-four in a fourth, affirming a lower court decision upholding tribal jurisdiction without opinion.

2016 In the summer of 2015, the majority of Republican candidates for President announced their opposition to birthright citizenship. The constitutional dimensions of that right revolve around two cases decided at the end of the nineteenth-century, Elk v. Wilkins (1884) and United States v. Wong Kim Ark (1898). The first held that an American Indian man born in the United States was not a citizen under the fourteenth amendment; the second, that a Chinese American man born in the United States was indeed a citizen under the amendment. This Article juxtaposes the history of these decisions. By showing the distinctive constitutional and political status of Native peoples, this history makes clear the unconstitutionality of efforts to limit birthright citizenship and the consistency of Elk with the egalitarian ideals of the Fourteenth Amendment.

The Illusion of Fiscal Illusion in Regulatory Takings

2016 The main economic justification for compensating owners for losses from land use restrictions is based on a surprising mistake. Compensation is said to make governments internalize the costs of their actions and therefore enact more efficient regulations. Without compensation, the argument goes, governments operate under a fiscal illusion because, from their perspective, their actions are costless. The problem is that this argument makes no sense as a description of the actual costs to governments.

2016 The Supreme Court issued its decision in Kelo v. New London ten years ago this June. This short piece, invited in response to a conference at UConn Law this spring, presents the backstory and aftermath of the case. The article frames the case against the distinctive situation of post-industrial cities like New London, and looks at why the case so resonated with the public. It summarizes the legal impact of the case at the state level and its limitations, and the less visible political impact on governmental decision makers. Finally, the article looks at what happened to New London and the plaintiffs after the case was decided.

2015 This short article considers the distinctive challenges of respecting diversity when it comes to Native people. These challenges range from the trivial (disputes over politically correct terminology) to the fundamental (refusal to accept the governmental status of Indian tribes). The article outlines the varied definitions of Indian-ness, their tangential relationship to race, the distinct manifestations of racism with respect to Indians, and equal protection in Indian affairs. It concludes with why respecting Native rights remains a “miner’s canary” in judging our national commitment to our democratic faith.