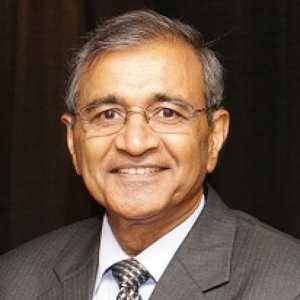 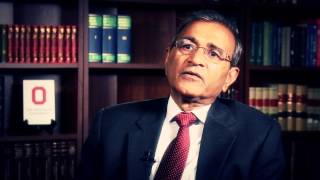 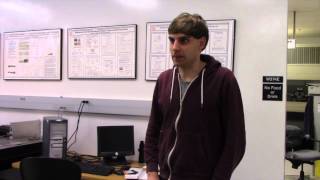 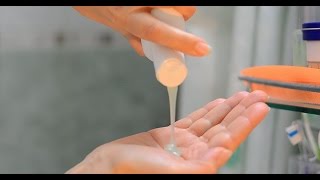 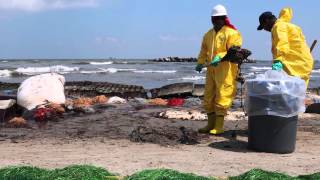 Dr. Bharat Bhushan is an Ohio Eminent Scholar and The Howard D. Winbigler Professor in the College of Engineering, and the Director of the Nanoprobe Laboratory for Bio- & Nanotechnology and Biomimetics (NLB2) and affiliated faculty in John Glenn College of Public Affairs at the Ohio State University, Columbus, Ohio. In 2013-14, he served as an ASME/AAAS Science & Technology Policy Fellow, House Committee on Science, Space & Technology, United States Congress, Washington, DC. He holds two M.S., a Ph.D. in mechanical engineering/mechanics, an MBA and two honorary and two semi-honorary doctorates.

His research interests include fundamental studies with a focus on scanning probe techniques in the interdisciplinary areas of bio/nanotribology, bio/nanomechanics and bio/nanomaterials characterization and applications to bio/nanotechnology, and biomimetics. He has authored 8 scientific books, 90+ handbook chapters, 800+ scientific papers (One of Google Scholar’s 1612 Highly Cited Researchers.)

He has also edited 50+ books and holds more than 25 U.S. and foreign patents. He is co-editor of Springer NanoScience and Technology Series and Microsystem Technologies, and member of editorial board of PNAS. He has organized various international conferences and workshops. He is the recipient of numerous prestigious awards and international fellowships including the Alexander von Humboldt Research Prize for Senior Scientists, Max Planck Foundation Research Award for Outstanding Foreign Scientists, Fulbright Senior Scholar Award, Life Achievement Tribology Award, and Institution of Chemical Engineers (UK) Global Award. His research was listed as the top ten science stories of 2015. He is a member of various professional societies, including the International Academy of Engineering (Russia). He has previously worked for various research labs including IBM Almaden Research Center, San Jose, CA. He has held visiting professorship at University of California at Berkeley, University of Cambridge, UK, Technical University Vienna, Austria, University of Paris, Orsay, ETH Zurich, EPFL Lausanne, Univ. of Southampton, UK, Univ. of Kragujevac, Serbia, Tsinghua Univ., China, Harbin Inst., China, and KFUPM, Saudi Arabia.

Birla Institute of Technology and Science 2015

Society for Tribologists and Lubrication Engineers 2014

Bharat Bhushan, a professor of mechanical engineering at Ohio State University and director of its Nanoprobe Laboratory for Bio- & Nanotechnology and Biomimetics, has long found inspiration in the natural world. His lab currently is studying shark skin and black skimmer birds for qualities that could transfer to human use. "Nature has evolved itself over 3 billion years," Bhushan said. "The goal is not necessarily to copy in the lab, but to be inspired."

Have you every found yourself standing with a near-empty bottle of hand soap, shampoo or laundry detergent, trying to get the last little bit of soapy material out? It can be rather frustrating. Ohio State University researchers have tackled this exact problem. Engineers Bharat Bhushan and Philip Brown have developed the perfect texture for inside plastic bottles to allow for soap products to flow freely.

The latest revelation in cleaning up oil spills was inspired by, among other things, butterfly wings, shark skin and lotus leaves. Butterly wings and lotus leaves repel water. Sharkskin can repel bacteria. Ohio State University researchers looked at all three and tried to replicate them. It's a scientific field called biomimetics, or biomimickry. "We created surfaces that were inspired by nature," said Bharat Bhushan, a professor of mechanical engineering at Ohio State and director of its Nanoprobe Laboratory for Bio- & Nanotechnology and Biomimetics.

If it sounds like engineers Bharat Bhushan and Philip Brown went to a lot of trouble to solve this problem, you’re right. But the solution they found is actually simpler and less expensive than alternatives under development elsewhere. And it works for a common plastic used to package foodstuffs and household goods: polypropylene...

On the 5-year anniversary of the Deepwater Horizon disaster, Ohio State researchers unveiled a new technology that could change the way we clean up oil spills in the future. Now, mechanical engineers Bharat Bhushan and Philip Brown will answer the public’s questions in an “Ask Me Anything” session on the popular social media site reddit at 1:00 p.m. on Friday, May 8. They’ll discuss how they use natural surfaces, such as lotus leaves or butterfly wings, to engineer nanotech that solves a range of human problems—from oil spills fogged-up glasses...

This knowledge could aid in improving design and performance of batteries, explained Bharat Bhushan, Ohio Eminent Scholar and the Howard D. Winbigler Professor of Mechanical Engineering. “Our study shows that the copper current collector plays a role in the performance of the battery,” he said...

This series of images shows the texture on the surface of a butterfly wing. Engineers studied the texture to devise dirt- and water-resistant coatings for devices such as pipes and medical equipment. An electron microscope revealed micrometer-scale features that resemble shingles on a roof, and an even finer nanometer-scale features: parallel grooves on the surface of the shingles. Photos by Jo McCulty, electron microscope images by Bharat Bhushan and Gregory Bixler. All courtesy of Ohio State University...