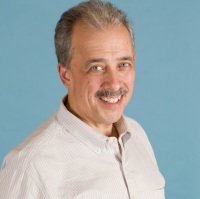 An International speaker on technology, social media marketing, risk management and professional standards, Bill brings insights, and humor into the practical application of hardware, software, and social marketing. AS CEO of the Social media Marketing Institute (SMMI) His work in creating technology and social media courses for small businesses and professionals led to his being chosen as lead author for the 2010 re-write of the technology Certification for NAR (the largest Trade group in North America). The resulting course was awarded by REEA as their 2011 Course of the Year. He has received accolades for his work in and out of the real estate industry, including presentations for the Federal Government, Harvard University, Penn State University, the London Sunday Times, and last year's, Social Media Plus Conference. Bill has been twice named as one of Inman's Most Influential in Real Estate. Follow Bill on Twitter

If you need to embrace social media but are a bit hesitant, have a seat. Learn how to effectively interact with those who already use social media ? your customers! It's okay to shy away from social media and its impact, but you can't ignore it. You'll learn simple steps to monitor the company reputation and use of social media by management and employees. You'll also learn how to lurk, and learn!