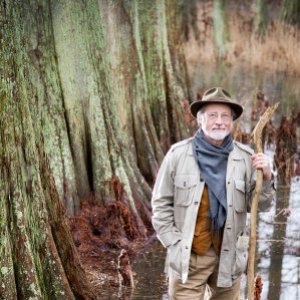 
Bland Simpson is an award-winning author, musician, playwright and songwriter and an expert on N.C.'s coast and waterways. 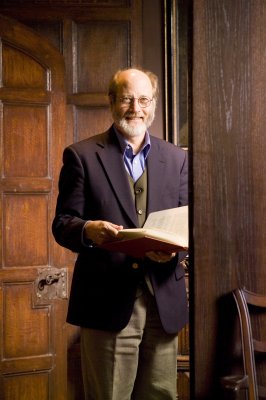 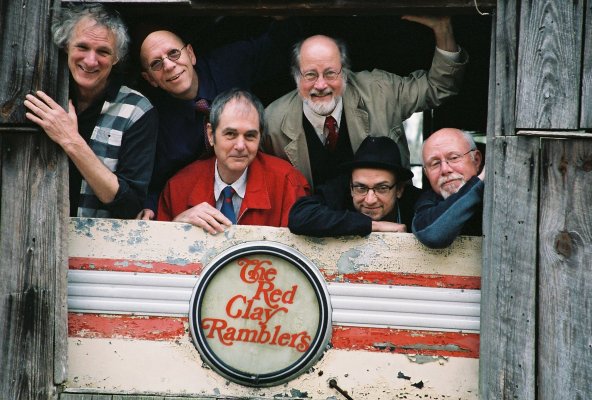 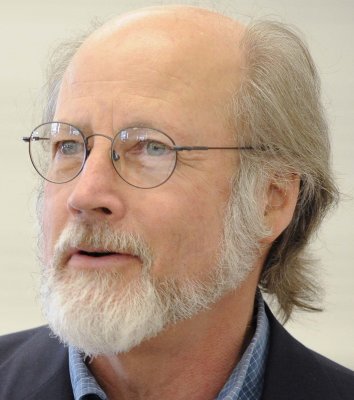 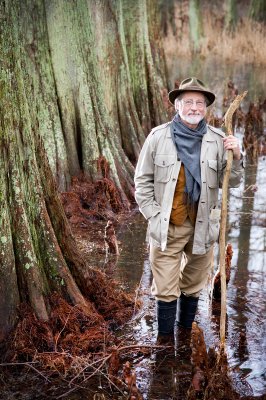 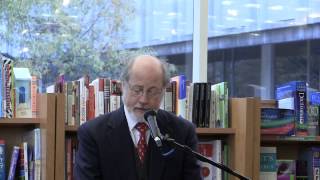 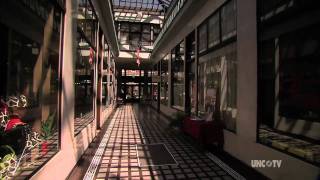 "Little Rivers and Waterway Tales" is a finalist for the Southern Environmental Law Center's Reed Writing Award and a nominee for the Southern Independent Booksellers' Pat Conroy Book Prize, Nonfiction.

In November, 2005, Simpson was given the North Carolina Award for Fine Arts, the state's highest civilian honor.

Writing on the Natural World

North Caroliniana Award for Extraordinary Contributions to the Literature, Music and Culture of North Carolina (professional)

2010
Given by the North Carolina Society

2009
Given by the N.C. Literary and Historical Association

May 2016
From the boats to the bridges, the waterfronts to the wildlife, a writer finds lyricism among the streams, rivers, and sounds that connect, rather than separate, our coastal homes.

Head to river with Ann and Bland Simpson

To open Bland and Ann Cary Simpson’s gorgeous book, “Little Rivers and Waterway Tales: A Carolinian’s Eastern Streams,” is to long to set your boat upon a river at sunrise and go with the flow.

His passions began brewing when he was a child at the library checking out Poe's collected works, and again as a college student assigned to read Emerson. He mentions so many books and writers that I made a list on thespineshow.com.

"In a journey that begins on the upper Pasquotank River, author Bland Simpson follows the path of 'little rivers' to explore the history and beauty of eastern North Carolina at its headwaters."

An article about Professor Simpson and his new book, 'Little Rivers and Waterway Tales.' 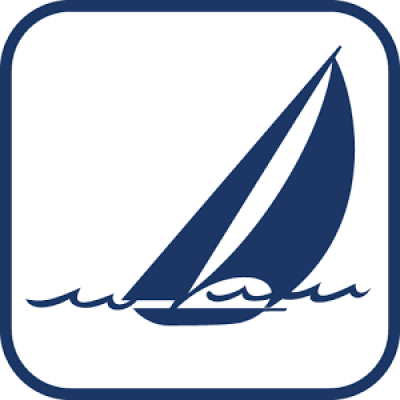 Tales from a life on water

"By the time you finish reading “Little Rivers and Waterway Tales,” the latest book from the prolific Bland Simpson, you will most likely be left with two thoughts:

How can one man have so many friends with all manner of boats?

An article about Professor Simpson and his new book, 'Little Rivers and Waterway Tales.' 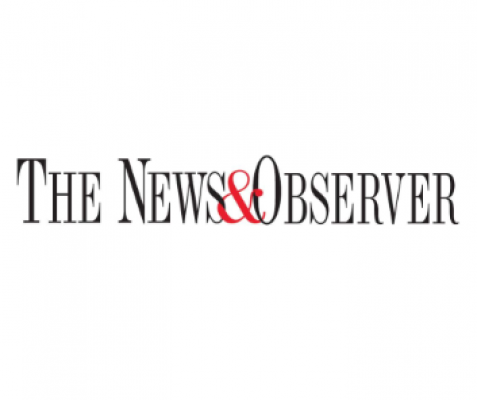 11-27-2012
From the back seat of his parents’ car, traveling north along Route 17 from Elizabeth City to Norfolk, eight-year-old Bland Simpson stares westward into the gloom of the Great Dismal Swamp. A placid canal skirts the road, and beyond there’s an ever-present curtain of loblolly pine, red maple, and cypress trees.

The Red Clay Ramblers got their start in 1972 and, over the years, have evolved with many personnel changes. Once a string band, the group now offers smatterings of American roots music from New Orleans to Tin Pan Alley. The Ramblers have a history of spreading their music through theater productions as well as music performances.

Pianist Bland Simpson has been involved with the band almost since its inception.

Immerse Yourself in the World of Author Bland Simpson

The Friends of the Canal Museum and Trail Lecture Series

In the Lowlands Low: Swamping About the South Southern Cultures

In lieu of an abstract, here's a brief excerpt of the content:

"Gaither’s Lagoon, a small, dark backwater off the Pasquotank River in northeastern North Carolina, was less than two blocks from my childhood home in Elizabeth City, and my boyhood friends and I were always roaming its seemingly enormous vine-shrouded reaches at will. Hurricane Hazel had laid a big gum over into the crotch of an oak, and someone had nailed steps onto it and built a platform up there, and we climbed it and sat in this crow’s nest and looked down on our swampy world. Always there seemed to be more birds and turtles and bullfrogs at-large than snakes, and we felt little if any fear in that place.

The vast Great Dismal Swamp lay not far north of town, and our river, the Pasquotank, wound down out of the Swamp. On field trips up to Norfolk, our metropolis, we stared out of the school bus windows at the Great Dismal’s unbroken forest during the twenty-two-mile swampside transit up the Canal Bank, the old towpath and swamp highway that paralleled the Dismal Swamp Canal. At every turn in this country, there was a branch, a slough, a poquoson, a swamp, and most of us sensed that we did not simply live near swamp—we belonged to it."

Maffitt, May 1861–September 1862: An excerpt from Two Captains from Carolina: Moses Grandy, John Newland Maffitt, and the Coming of the Civil War Southern Cultures

By nightfall on May 2, Maffitt, carrying only a small valise, his compass, and his spyglass, stopped, talked quietly and spoke a few calm words with a fellow officer on the District side of the Potomac River (“Let us hope there’ll be no war,” he said), then crossed the Long Bridge over to Alexandria, Virginia. For four days he endured thick smoke and cinders playing down onto the train cars, in through their windows and doors, as they went crawling from Alexandria to Richmond, Danville, and Greensboro to Columbia, Augusta, and Atlanta, the cars drawing ever southward to Montgomery, Alabama...

Fifty or sixty years ago, my second cousin once-removed's uncle by marriage, Uncle John Ferebee, was a legendary cottage-mover on the Outer Banks of North Carolina. He specialized in sliding cottages westward, back away from the encroaching ocean, though ...

Alvin Pleasant Carter, born in 1891, sang in a quartet with two uncles and a sister in churches around Clinch Mountain in southwest Virginia. People called him A. P., or Doc. He learned to play the fiddle, but his religious parents would not allow the devil's box at home. Sara Dougherty, born in 1898, lived right over Clinch from A. P. with an aunt and a fiddling uncle. She learned guitar and banjo and autoharp. A. P. came over Clinch on a selling trip, drumming for a fruit tree company, and there over the mountain he found Sara accompanying herself with an autoharp as she sang "Engine 143." In June of 1915, A. P. and. Sara married...