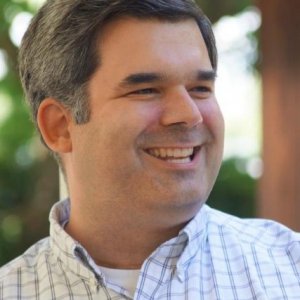 In 1992 Bob co-founded Logos Research Systems, Inc. and serves as President/CEO. Bob speaks regularly at industry conferences and to academic groups on entrepreneurship, electronic publishing and digital libraries. He is a 2005 winner of the Ernst & Young Entrepreneur of the Year award, and was included in the Puget Sound Business Journal's 40 Under 40. Bob lives with his wife Audra and two teenage children (Jacob & Kathleen) in Bellingham, Washington.

Bob's first book, Fire Someone Today, And Other Surprising Tactics for Making Your Business a Success, was released in April, 2006. It maintains a five-star rating at Amazon.com, and has been translated into Russian and Korean.

A 2005 winner of the Ernst & Young Entrepreneur of the Year award.

Fire Someone Today, And Other Surprising Tactics for Making Your Business a Success (personal)

My first book has a five star rating at Amazon.com, and was translated into Russian and Korean. I've spoken many times on the business lessons in this book -- all learned at the cost of much time and trouble!

It is a good thing I won this a few years ago; I no longer qualify.

Bob skipped his senior year of high school to attend Drexel University, then turned an internship into a full-time job at Microsoft at age 19. Bob did, however, graduate from eighth grade.

"The Best Presentation at TOC: My favorite presentation of the conference was from Bob Pritchett of Logos Bible Software, in a session titled, Network Effects Support Premium Pricing. I remember attending his presentation four years ago at the first TOC in San Jose, so I knew I didn't want to miss his presentation this time. They're doing amazing stuff at Logos." -- http://www.huffingtonpost.com/mark-coker/exploring-the-future-of-b_b_478846.html

Fire Someone Today: Entrepreneurial Lessons from the Frontline

Fire Someone Today, And Other Surprising Tactics for Making Your Business a Success

"Fire Someone Today" is what I learned building my own company. It's one of several lessons, include "Winning Takes 51%" and "Nobody Loves Your Baby Like You Do." These topics are the practical wisdom from long lunches with other entrepreneurs and from making lots of mistakes of my own. My talk is about making the right decisions in good times and bad and it is full of practical examples from real businesses. My presentations are strong on "things you can do tomorrow morning."