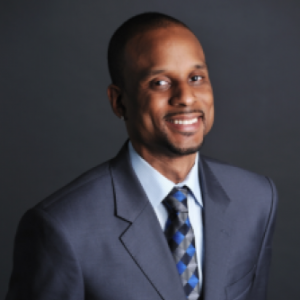 Bomani Jones is a contributor for SBNation.com, and the former host of “The Morning Jones” on The Score on Sirius Channel 158. For years, he has written on sports, music, culture and politics — including three years as contributor and columnist for ESPN.com’s Page 2 — Bomani has been an on-air personality since January 2008 and joined The Score in 2010. While with The Score, he also contributes weekly two-minute videos found on TheScore.com and aired on The Score Television Network in Canada. Bomani is also a regular panelist on ESPN’s “Around the Horn” and “Jim Rome is Burning.”

Bomani has been featured on several television programs, including a documentary Michael Jackson broadcast all over the world. In 2008, he was prominently featured in “The Battle for Tobacco Road: Duke vs. Carolina,” an HBO Sports documentary, and he contributed to 2011′s “Runnin’ Rebels,” a doc on HBO about UNLV basketball. Bomani also has served as an adjunct professor at Elon University and Duke University.

Bomani Jones gave an amazing lecture to the NYU community. He was innovative and entertaining, while relaying a message of how to maneuver in the world of journalism.

Bomani discussed the convergence of race and new media.