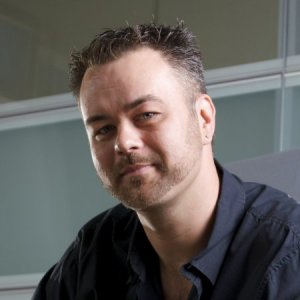 
Articulate and charismatic speaker with a keen inside knowledge of online business and marketing.

Brad Gosse is a self-taught marketer with 15 years of online marketing experience. After dropping out of high school, he started on his path to success launching his first website, an adult entertainment website, in 1997. He worked in the online adult entertainment industry for over 10 years and was on the cutting edge of many of the technologies that we now take for granted such as streaming video and online chat. He held the number two Google search engine result position for the word “porn” for 18 months straight.
In 2007, he made the switch to more “mainstream” marketing and now sells over 300 intangible marketing products which are all run by employees and automated systems, leaving him time to pursue new business ventures and develop new products.

Brad’s home is on 10 acres of land in Ontario, Canada, which he shares with his vegan cookbook author wife Claire and their four dogs and three cats. Brad, a practicing vegan and animal lover, enjoys all the “manly” pursuits: sports cars, video games, weed and the occasional manicure and pedicure.

Brad did an incredible keynote for our marketing event. Without doubt a most entertaining and dynamic style. His frankness and straight talking approach immediately built rapport with the audience which became engaged in direct conversation. Highly recommended.

Brad discusses the perils of SEO, listening to people he refers to as "social media hippies" and other misconceptions of online marketing. They preach "community" and "engagement"... Brad only focuses on "revenue" and "results" - that's why his internet businesses make money, and others can't seem to despite having millions of users.

How to be a high functioning entrepreneur

Brad discusses personal branding, online marketing and product development in a way that engages and entertains audiences. His unique style and personal brand stand in stark contrast to the status quo.

A+ Lessons From an X Rated Industry

Brad once owned the #1 ranking for a major adult keyword. (Probably the #1 searched term for that entire industry.) He's going to show us how he's been able to take the cutting-edge "pushing the envelope" online marketing strategies of the adult industry and apply them to mainstream business. (And don't worry, he'll keep his presentation family-friendly!)