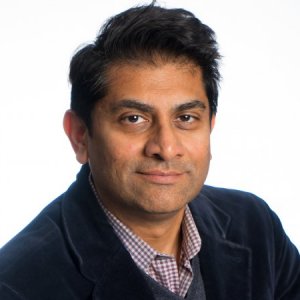 Brandon Shamim is an award-winning global strategist and thought leader leveraging over two decades of Fortune 500, private business and government experience. He joined LMU in 2017 and currently teaches "Introduction to Global Business."

Having honed his talents in government service and corporate settings, Brandon has owned/operated multiple businesses; conducted public affairs at a market leading Fortune 100 financial services company; advocated for policy reforms at a national think tank and led a U.S. Department of Commerce initiative overseeing $50M in capital assets and procurement. He helped co-lead a first ever public private partnership promoting career pathways in global business and trade in California.

Recognized as a “Forward Thinker” by California Forward, he has worked with United Nation’s recognized NGOs in disaster relief and public health, cross-cultural relations, and literacy programs in Africa through USAID.

Drawing upon his versatile experiences, he has lectured in global business and innovation, leadership and change management at undergraduate and graduate programs. He serves as a coach/ trainer for national business accelerators for the Goldman Sachs 10,000 Small Business Program and FoundersFirst, respectively.

Brandon has worked with clients from Australia, Asia, Canada, Latin America to Europe. As a current affairs commentator, he has appeared on CNN, NPR, Associated Press, Inc. Magazine and on web-based shows.

As a transformational leader, Brandon has been an appointed LA City Commissioner, as well as serving on boards of nonprofits such as Habit for Humanity, Tournament of Roses Foundation, PBS SoCal and the Los Angeles Chamber of Commerce.

"We the People" Award (professional)

Nostalgia for the Future- 3 Approaches to Navigating 2021

This past year, we were plagued with a pandemic, protests and political, social and economic provocations. Fissures and cracks that were existent in the foundation of our society that went unattended. The new year is an open invitation to break free from the conventionality of the known to envision a new set of approaches to navigate the unknowns that lie ahead.

The Black Swan & The Gray Rhino: How Life is Predictably Unpredictable

Time and again, individuals and organizations become stuck in their homogeneous wilderness— failing to respond to obvious but neglected high-impact “gray rhino” risks lurking in the tall grass, while scrambling to overcome “black swan” events that, by definition, are not predictable. Perhaps, now is the time to convert the pause into possibilities.