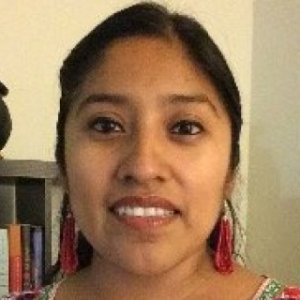 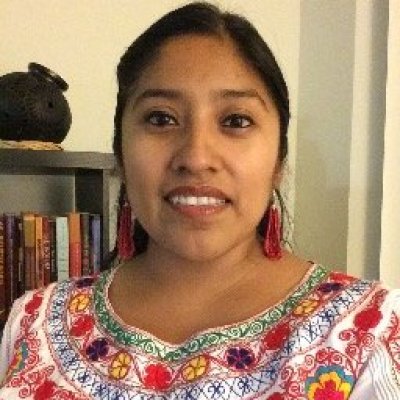 Professor Brenda Nicolas (Zapotec) received her PhD in Chicana/o and Central American Studies from UCLA. Her work looks at the transborder communal experiences of Zapotec diasporas in Los Angeles. Specifically, she looks at women’s and adult children of migrants’ participation in community sociocultural and political organizing to contest settler colonial logics of Indigenous erasure. Dr. Nicolas has an M.A. in Chicana/o Studies (UCLA) and an M.A. in Latin American Studies with a sociology concentration from UC San Diego where she completed two master theses. She received her B.A. in Sociology and Latin American Studies from UC Riverside. Dr. Nicolas is the recipient of several fellowships, including: the Ford Foundation Fellowship, the UC Office of the President Award, the UCLA Dissertation Year Fellowship, and a Eugene V. Cota-Robles Fellowship. She is a former research assistant to UCLA’s Mapping Indigenous Los Angeles (MILA) project— a digital storymapping archive that collaborates with Indigenous communities to capture the many Indigenous histories of Los Angeles. She was born and raised in Los Angeles. Dr. Nicolas will continue her book project at LMU titled, Transborder Comunalidad: Gendering Practices of Belonging and Identity Across Settler Colonial Borders.

Latin America and the Caribbean

University of California Office of the President Award (professional)

Together We Can/ Juntos Podemos (professional)

Community spanish programming on political, social, cultural, and educational issues pertaining to Indigenous Oaxacans in the U.S. and México.

Introduction to Chicana/o and Latina/o Studies

“‘Soy de Zoochina:’ Transborder Comunalidad among the Children of Indigenous Migrants” vol. 19, no. 1

This study adds to the growing interdisciplinary field of Critical Latinx Indigeneities by examining comunalidad (communality or community collectiveness) in a transborder setting. Comunalidad, as Indigenous Oaxacan practices and beliefs, provides a collective understanding of how three Zapotec generations in the US diaspora shape and reinforce notions of Indigeneity and belonging to their lands in Zoochina. I refer to this idea of relational understanding among the US diaspora as transborder comunalidad, the Indigenous epistemology and practice of communal belonging and being across generations in diaspora. Based on oral histories and participant observation fieldwork in Los Angeles, this article looks at sociocultural practices that Zoochina Zapotecs use to challenge Latinidad and Mexicanidad. By organizing in traditional dances and playing in their Oaxacan brass band, generations in diaspora reinforce transborder communal ties to their homeland and identity as Indigenous peoples, specifically as young and adult children of Indigenous migrants.

2017 Juchitán, a small city in the Isthmus of Oaxaca, Mexico, has often been writ-ten about as a matrifocal and sexual/gender heaven. Alfredo Mirandé’s Behind the Mask: Gender Hybridity in a Zapotec Community challenges previous romanticized views through an ethnographic study of indigenous gender and sexuality.

“Discount Transnationalism: Recession and the Transformation of Cross-Border Ties.” In The Wall Between Us: Oaxacan Migration in an Era of Separatio

Almost no recent study has looked at the identity formation among indigenous college students in a transnational perspective. This present study looks at how Zapoteco college youth in Oaxaca, Mexico and Los Angeles, California reclaim and re-create their indigenous identity against stereotypical notions of what it means to be indigenous. As children these discriminatory remarks used by their peers in school have made them feel ashamed of being indigenous. -Cited more than a dozen times.