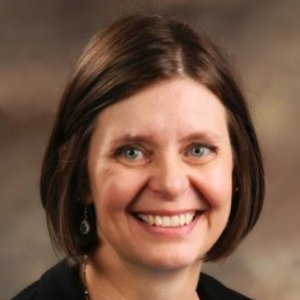 
Brenda Sims Blackwells' work focuses on how gender can influence crimes and the legal and social issues that arise from it.

Dr. Brenda Sims Blackwell joined the Department of Criminal Justice & Criminology as chair in July, 2014. She has served on the faculties of Pennsylvania State University and Georgia State University, leaving the latter after 15 years of service. Her research broadly focuses on women and crime, with an emphasis on gender differences in offending and differences in criminal justice responses to male and female offenders. She is interested in examining and elaborating traditional and new theoretical perspectives to determine their relevance to female offending. Her articles appear in publications such as Criminology, Deviant Behavior, and the Journal of Criminal Justice.

Brenda has collaborated on projects examining the commercial sexual exploitation of children, with a specific focus on examining responses to this issue in Georgia and reviewing literature to determine how other jurisdictions respond. These efforts were funded by the National Institute of Justice and through the Governor’s Office for Children and Families.
Brenda is dedicated to working with students. She currently chairs a student-awards committee for the American Society of Criminology and has several publications that explore the impact of academic advisement on career outcomes and job satisfaction among criminal justice students and graduates.

Nominated for Who’s Who in Social Sciences Higher Education (WWSSHE)

Situational Action Theory’s Self-Control/Morality Interaction Effects and Moderating Influence of Being Female: A Comparison of Property and Violent Offending Using a Sample of Juvenile Delinquents

2018 This study tests the interaction effects between self-control and morality that are proposed by situational action theory (SAT) and examines the ability of biological sex to condition those processes for both property and violent offending. This study employs negative binomial regression to analyze data from the Pathways to Desistance data set (n = 1,354). Results generally support the posited general nature of SAT for violent offending. The results for property offending were also supported; however, some of the results indicated that sex may moderate the associations of SAT’s key variables for this offense type. Our results indicate that the assumption of generalizability across the sexes may be less problematic for SAT than for other theories, but more work is needed to fully articulate how sex affects the processes at work in the theory.

2017 The current study focuses on predominant predictors associated with men’s and women’s engagement in driving under the influence (DUI) in an attempt to determine whether gender-specific interventions would be more affective at reducing impaired vehicle operation. A male-only subsample (n = 863) and a female-only subsample (n = 975) from a survey administered at a large Southeastern university containing self-reported measures of DUI were used to evaluate gender differences in motivations and correlates of DUI behavior. A series of logistic regressions containing indicators drawn from theories of deviant behavior (e.g., Akers’ social learning theory (SLT) and Gottfredson and Hirshi’s low self-control (LSC) theory) yield results indicating that differential association and imitation, both factors associated with SLT, are significant predictors for both gender cohorts’ DUI behavior. Low self- control was a significant predictor within female-only models, but not the final male-only models. This suggests that peer associations and modeling may be targets of intervention generally, but that, as it relates to DUIs, women may particularly benefit from programs focused at limiting impulsivity and risk-taking behavior as these are components of Gottfredson and Hirschi’s LSC construct.