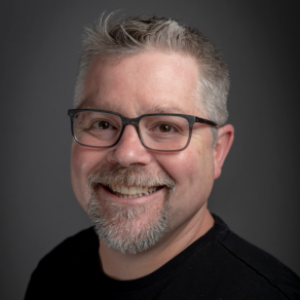 Nature or Nurture? It’s All About the Message

The research started as part of Schroder’s honors thesis as an undergraduate at MSU working in the Clinical Psychophysiology Lab directed by Jason Moser, MSU assistant professor. Moser co-authored the study along with Tim Moran, an MSU graduate student in cognitive psychology, and Brent Donnellan, a former MSU professor who now works at Texas A&M University...

The research team also included M. Brent Donnellan and S. Alexandra Burt from the MSU Department of Psychology and William G. Iacono and Matthew McGue from the University of Minnesota...

Estimating the reproducibility of psychological science

2015 Reproducibility is a defining feature of science, but the extent to which it characterizes current research is unknown. Scientific claims should not gain credence because of the status or authority of their originator but by the replicability of their supporting evidence. Even research of exemplary quality may have irreproducible empirical findings because of random or systematic error.

An interactionist perspective on the socioeconomic context of human development

2007 This article addresses the relationship between socioeconomic status (SES), family processes, and human development. The topic is framed as part of the general issue of health disparities, which involves the oft-observed positive relationship between SES and the cognitive, social, emotional, and physical well-being of adults and children. A review of recent research and theory identifies three general theoretical approaches that provide possible explanations for the association between SES and individual development: the social causation, social selection, and interactionist perspectives. Empirical evidence demonstrates support for the social causation view that SES affects families and the development of children in terms of both family stress processes (the family stress model) and family investments in children (the family investment model). However, there also is empirical support for the social selection argument that individual characteristics lead to differences in SES. Especially important, recent research is consistent with an interactionist approach, which proposes a dynamic relationship between SES and developmental change over time. Drawing on the combined set of research findings, the article concludes with the description of an interactionist model that serves as a heuristic for future studies of the links among SES, parenting behaviors, and child development.

Low self-esteem is related to aggression, antisocial behavior, and delinquency