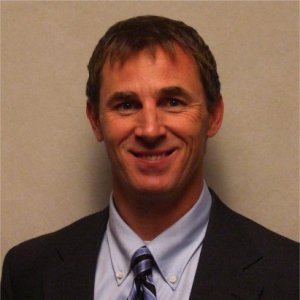 Woody Clouse transformed his formula for success from sports to business. With 8 World Titles, Woody Clouse is at the top of his racquetball game as the 2009, 2010 and 2011 US OPEN Champion. His experience in competition and wisdom about the winner’s mindset gives powerful impact to each presentation he delivers. Author, speaker, executive/leadership coach, sales expert, and motivator: when you need an inspiring, encouraging speaker, count on Woody.

An accredited speaker on ethics for the Colorado Bar Association, Woody is currently coaching top executives and corporations on how to maximize their true potential. Woody Clouse has been teaching his philosophies of success to large corporations, universities, and small companies around the world for many years. Now, you too can learn how he championed his world-renowned racquetball accomplishments into his prosperous business ventures.

In 2001, Woody Clouse founded the first Internet-based company to provide racquetball products to both the business-to-business and business-to-consumer markets through e-commerce. After joining Hewlett-Packard in 2004, within a year Woody Clouse converted one of their poorest performing territories—earning just $400,000 in quarterly sales—into one of the company’s most profitable, earning more than $2.1 million. Currently Woody is the Director of Racquetball with Harrow Sports. His book, Winning Racquetball is the #1 selling book in the history of the sport.

Woody Clouse competed for Team USA Racquetball 2006-08, becoming the oldest player ever to represent the US National Racquetball team in both singles and doubles in the same year. During his three years on the team, team USA earned the overall Pan American title twice, taking home four gold medals and a silver medal. Individually, Woody Clouse earned one gold and two silver medals.

The Mindset of A Champion

Conducted seminars for CLE (Continued Learning Education) units for the Colorado Bar Association. The theme was focused on the ethical responsibility for an attorney to be a peak performer.

Key role in a research program to determine the true validity of being ambidextrous. Conducted many Mental Toughness workshops for both business and sports.

A Special Night - A Lucky Child

The full moon in Eastern Africa during the 1960's war between Ethiopia and Eritrea meant a ceasefire. On October 19th 1965 there was a full moon, This great fortune was a blessing due to this being the time my mother went into labor prior to giving birth to me. Had it not been for this full moon on the night I was born, the horse and buggy my mother was transferred in was sure to have been raided by rebels. This begins the journey of my existence on earth and the luck that was bestowed on me to return to the US where I was given the chance of a healthy life and the opportunity to thrive!