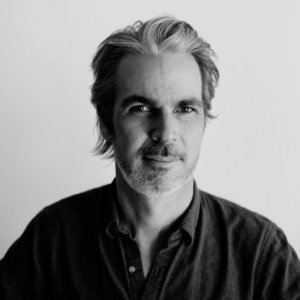 
Brett Grainger, ThD, researches the changing face of modern spirituality in America and how various religions view the natural world.

Dr. Grainger is a go-to source to discuss the role and changing face of modern spirituality in America. He can talk about today’s religious trends including the state of main line religions, alternative religions, the religious right and politics, religious fundamentalism, religious violence and culture wars. He can also place today’s religious landscape in a broader historical context. Dr. Grainger’s research focuses on religion and nature – how various religions view the natural world as a place to commune with God.

Dr. Brett Grainger on "Church In The Wild"

Dr. Brett Malcolm Grainger is a scholar of American religion and an award-winning journalist. He is Assistant Professor of Theology and Religious Studies at Villanova University and the author of Church In The Wild: Evangelicals In Antebellum American and In The World but Not of It: One Family's Militant Faith and the History of Fundamentalism in America.

Church in the Wild: Evangelicals in Antebellum America”

Podcast: We often credit the Transcendentalists with introducing a revolutionary new appreciation for nature into American spirituality when they claimed that God could be found in the forests, mountains, and fields. In Church in the Wild: Evangelicals in Antebellum America (Harvard University Press, 2019), Brett Grainger reconsiders the history of the years leading up to the Civil War. He argues that it was not the Transcendentalists but evangelical revivalists who transformed the everyday religious life of Americans and spiritualized the natural environment.

"The closest equivalent we have in America society to Billy Graham you would have to look at someone like Oprah Winfrey," said Brett Grainger of Villanova University. A religious studies professor at Villanova, Grainger describes Graham's abilities. "I think it is that combination personal charisma and ability to connect with people one on one," he said.

“The social gospel has found its biggest moment of relevance since the Reagan years,” says Brett Grainger, professor of theology and religious studies at Villanova University near Philadelphia. “The energy is feeding directly off the current administration's proposed budget cuts, which target the most vulnerable members of society, and its policies on immigration, which rub against the belief that ‘love of the stranger’ is central to Christian teaching.” “But if there is a revival, it's most likely to be temporary, in that it thrives on its antagonism to Trump,” Professor Grainger continues ...

New twist for deportation opponents: sanctuary in the streets (+video)

“The sanctuary church movement definitely seems to be enjoying a revival,” says Brett Grainger, a professor of theology and religious studies at Villanova University. He notes that social justice-leaning Christians in the Catholic and mainline Protestant denominations often “take their foot off the gas” when the federal government pursues like-minded policies.

Center for the Study of Religion and American Culture, Indiana University

Canada Council for the Arts

Church in the Wild: Evangelicals in Antebellum America

Transcendentalists have long been credited with transforming American religious life by finding God not in church but in forests, fields and streams. Brett Malcolm Grainger, ThD, associate professor in the Department of Theology and Religious Studies in Villanova University’s College of Liberal Arts and Sciences, challenges this long-held notion and argues it was evangelical revivalists who spiritualized the natural environment and transformed religious life in his new book Church in the Wild: Evangelicals in Antebellum America (Harvard University Press, 2019).

"Nature and Religion in America,"

The Oxford Encyclopedia of Religion in America, (Oxford University Press)

2018 One of the most complex words in the English language, “nature” (sometimes personified as “Nature” or “Mother Nature”) has been central to developments in American religions. Despite their different origins, the three cosmologies present on the North American continent during the early modern “age of contact”—Native American, African American, and Euro-American—shared a number of similarities, including the belief in an enchanted or animate cosmos, the ambivalence of sacred presences manifested in nature, and the use of myth and ritual to manage these ambivalent presences in ways that secured material and spiritual benefits for individuals or communities. Through encounters on colonial borderlands and through developments in society and culture (in science, economics, politics, etc.), these cosmologies have been adapted, developed, and combined in creative ways to produce new forms of religious life.

Review of Russell Richey, Methodism in the American Forest

2015 The scholar of landscape studies J.B. Jackson once suggested that in America no space is considered sacred, only its use. Jackson was not speaking of indigenous Native American communities or enslaved African populations nor, for that matter, of the Catholic colonials who planted shrines wherever they conquered. Jackson was repeating a truism about Protestants, a people known for having relocated the sacred from fixed sites and material objects (relics, hosts, holy wells) to the gathering body of the faithful.

Signs from Field, Forest, and Stream

Summer/Autumn 2012 AS HE APPROACHED THE END—not the very end, when sound stumbled in the dark socket of his mouth and only the eyes spoke, but in the last days—my grandfather and I sat outside the hospital and talked about trees. The wind and sun played on the leaves of a nearby poplar, its thousand tiny hands shaking in silvery applause. Pointing his own shaking hand, my grandfather mused on the tree's secret life, the hidden forces that pulled energy down from the sky and up from the firmament to fire fresh shoots several stories above our heads. He'd often hymned the beauty and order of nature's architecture—the intricate shutter of the iris, the delicate hinge of a sparrow's wing—how it intimated a divine architect. But this wasn’t argument or evidence. It was a kind of presence. As Christians have for millennia, my grandfather read the natural world as a third testament, an endless sermon on the truth, beauty, and justice of God. The key lay in learning to read the book of nature together with the books of scripture. On my visits to the family farm, he would rise from the couch and lead me on a walk around the property, reciting the moral and spiritual lessons he'd gleaned from the irregular fold of a hill, the zigzag bend of a creek, the webbed sprawl of a rhubarb leaf. A lifelong evangelical, my grandfather scanned the natural world for hidden codes with the same reverent intensity he thumbed his dog-eared King James Bible.

2012 Despite a surfeit of studies recognizing Cotton Mather's support for a range of alchemical and occult practices, historians have yet to integrate these occult activities with Mather's religious and scientific thought as a whole. I argue that we can bring clarity to Mather's engagement with the occult by refracting it through his reverence for Lutheran Pietist Johann Arndt, whose writings, especially Vier bucher vom wahren Christentum (Four Books of True Christianity), offer a key to Mather's employment of hermetic materials in his major works of natural philosophy. Through analysis of The Christian Philosopher and The Angel of Bethesda, as well as Mather's private writings, I suggest that Mather's cosmology was vitalistic in ways not previously acknowledged by historians. This view of creation as dynamic, enchanted, and marked by divine signatures—evidenced most clearly in Mather's concept of the nishmath-chajim—helped Mather reconcile the new science, Puritan covenant theology, and alchemical traditions descending from Paracelsus. By positing a divine, dynamic presence in nature, Mather retained an orthodox view of God as sovereign and transcendent while intimately engaged in a process of cosmic redemption, slowly transmuting the base matter of a fallen creation into a new heaven and new earth.