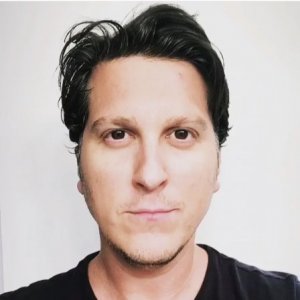 Founder and Creator of AlleyWatch

Brett Petersel is a marketing leader who has a proven track record running digital, social media, and interactive marketing programs for/with artists and brands such as Mashable, Atari Teenage Riot, #GivingTuesday and The Next Web.

Brett is also the Founder of AlleyWatch, an online publication dedicated to the New York startup scene that he created in 2011. As an event organizer focused on the New York tech scene since 2006 with such events as Lunch 2.0, Digital Somethings and NextWeb, Brett launched AlleyWatch to provide a foundation online for New York’s tech communities to connect and learn about/from each other.

His work in the media space has been both featured and recognized by the Huffington Post, BizBash, Cnet, We Are NYC Tech, TechCrunch, NYConvergence, Nylon Men’s Magazine, Samsung, Zemoga, and Business Insider as well as by/on Techweek’s Top 100 for 2015. He is a leader in the space, and is a social innovator and recognized communications expert for start-ups, celebrities and established companies around the world.

Before entering the online media/startup space, Brett worked as a schoolteacher in both the Long Island and New York City public schools. He holds a BS in Elementary Education and a MS in Special Education in addition to participating in marketing and entrepreneurship education programs from New York Institute of Technology.

I created/founded AlleyWatch in September 2011.

Dont Stop Believin: How Karaoke is Going to Change the World

Ultra Light Startups is a community dedicated to helping technology startups grow their businesses and become successful. The community is built around monthly startup-investor pitch events in New York and Boston. At these events, about 8-10 startups pitch to a panel of early stage technology investors, who give advice and feedback. Events draw an audience from across the technology startup ecosystem (investors, founders, service providers, representatives from innovative large companies/brands, and aspiring entrepreneurs). Ultra Light Startups is the #1 startup-investor pitch event in New York and Boston. It is the best place to discover new startups and to get discovered.

“Karaoke came on like a ninja…stealthily entering North American pubs and Koreatowns. But it wasn’t here to entertain, no. Karaoke came to unite us in song. In fact, Karaoke is a core part of our reMix culture and this panel will show you how. This stellar group of speakers (some of whom wrote books on the subject) will uncover the real impetus behind the karaoke revolution.”

The Grande Guide to Community Management

A good community manager acts as a bridge between internal and external stakeholders by performing three critical functions. Learn what they are in this guide by Brett Petersel, co-founder of The Community Manager and Jesse Noyes, along with additional contributions generously provided by Nate McGee, Alan Belniak, and Lauren Harper of Oracle Marketing Cloud.

The Role of Digital Audio in the Evolution of Music Discovery

The internet and a wide variety of fast-growing digital audio services are catalysts for individuals to both seek and discover new music on their own as well as to share their tastes with friends…and even strangers. Playlists have replaced mixed tapes, serving almost the same purpose—expressing our sentiments, and defining our individual musical style. The internet has widened the path for individuals to explore new sources of musical enjoyment and made it easy for others to be a part of that discovery process