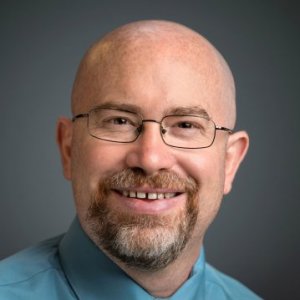 
Brett T. Wilmot, PhD, is an expert in religion and politics, philosophical ethics, and theological ethics.

Knowing what is "right" is not always clear cut. Everyday decisions can be fraught with nuance and shades of gray. But, without ethics, a system of moral principles and standards, civilization would collapse. Dr. Wilmot is adept at examining both sides of moral dilemmas to deliver penetrating analyses of the knotty problems of contemporary life. While religion and politics is his specialty, Dr. Wilmot can address the day's most pressing questions from the broad based perspectives of philosophical and theological ethics.

The Center for Church Management at Villanova University.

In the first 181 days of 2016, there have been 163 mass shootings in the United States, data gathered by the Washington-based nonprofit Gun Violence Archive show. Those mass shootings, defined as incidents in which four or more people are wounded or killed, led to 232 deaths and 643 injuries. Brett Wilmot, associate director of Villanova University's Ethics Program, suggested in an email to CNS that the country needs "to change the way we think about reducing the presence and availability of guns in our communities." He called for reframing the arguments from one focusing on "the loss of individual rights and liberties or as evidence of our subordination and servility in the face of an oppressive government or as an increased threat of our falling victim to crime." "

Local Experts Discuss How Pope Francis is Different From His Predecessors

In the two years since he succeeded Benedict XVI, Pope Francis has taken more populist and progressive stances on a panoply of issues. The overall theme, local experts suggest, is an attempt to awaken the church community to poverty and the economic inequality around the world. His major written work, the 84-page exhortation “Evangelii Gaudium” (“The Joy of the Gospel”), issued early in his papacy, outlined his feelings. “This is a social pope,” says Brett T. Wilmot, the associate director of Villanova’s Ethics Program. “He is out in the world, not just speaking to theologians. It is a voice that others hear and understand.”

Election night 2014 saw a breakthrough of sorts in the so-called soda wars. Beginning on Jan. 1, residents of Berkeley, a California city of some 100,000, will have to pay a tax of 1 cent per ounce on calorically sweetened beverages including sodas and teas. Items such as baby formula, milk, and alcoholic drinks will not be included. This debate is not likely to go away, says Brett Wilmot, associate director of the ethics program at Villanova University outside Philadelphia. “We’ve become increasingly sensitive to the ways in which putatively private choices affect society as a whole,” he says via e-mail. Historically, we had a bit more of a simplistic notion of how to determine whether your exercise of your liberty infringed on my exercise of my liberty, he notes. To paraphrase the British utilitarian John Stuart Mill, he says, “your right to swing your fist ends at the tip of my nose.” But individual choices to smoke, drink, and eat in ways associated with poor health outcomes don’t simply affect the individuals in question, he continues.

The decision by Brittany Maynard – a 29-year-old who had received a terminal brain cancer diagnosis – to end her life on Sunday, has sparked a heated national discussion about when such a move should be legally available in the US. The California newlywed had argued online and in numerous media appearances on behalf of right-to-die advocates that individuals need the right to choose the manner and timing of their death. But this focus on individual rights “hollows out” our national discussion precisely at the moment when a more subtle and robust conversation about end-of-life issues is urgently needed, says Brett Wilmot, associate director of the Ethics Program at Villanova University in Philadelphia.

Should giving to beggars be illegal?

But charity is a complex subject, said Brett T. Wilmot, associate professor of ethics at Villanova University in Pennsylvania, where McManus earned a degree. It's even more complicated in a city like San Antonio, where the presence of Haven for Hope, considered a national model among homeless centers, would seem to mitigate the need for street-based charity. “On the one hand, I get nervous when cities want to criminalize poverty and make life harder for those living on the margins,” he said. “On the other hand, it's good when communities have public conversations about how to better meet the needs of the poor.”

When does life end? Two emotional cases probe the complexities.

In the Tony Award-winning production "Whose Life Is It Anyway?," sculptor Ken Harrison is paralyzed from the neck down in a car accident, and after a mighty struggle in which all he can do is talk, he wants to be allowed to die. The narrative investigates the philosophical, moral, legal, and economic dimensions of that choice, and it probes the question, posed by its title, of who gets to decide end-of-life issues. "Personhood" is also somewhat connected to these issues. Some religious ethicists differ on how personhood is defined in a medical context and whether severely diminished personhood – as in the case of Terri Schiavo – provides justification for the termination of a human life, says Brett Wilmot, associate director of the ethics program at Villanova University just outside Philadelphia.

Scriptural Reasoning and the Problem of Metaphysics: Insights for Argument in Liberal Democracy

Journal of the Society of Christian Ethics

Defending Democracy against Its 'Cultured Despisers': A Critical Consideration of Some Recent Approaches

Journal of the Society of Christian Ethics