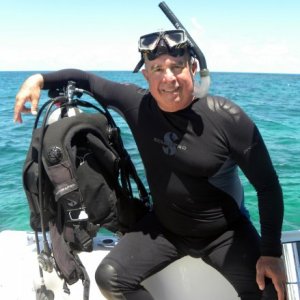 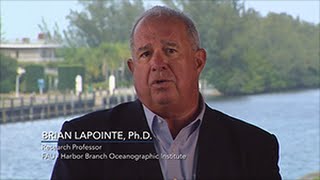 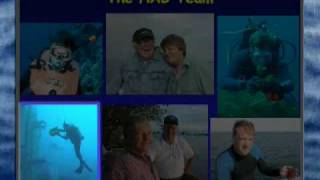 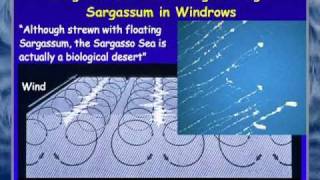 He has extensive experience in water quality research in South Florida and the Caribbean region. As chief scientist on numerous Caribbean and western North Atlantic Ocean research expeditions, he has amassed valuable field experience in assessing relations between water quality and the health of tropical seagrasses and coral reefs. Lapointe’s long-term water quality monitoring at Looe Key reef in the Florida Keys represents the longest low-level nutrient record for a coral reef anywhere in the world. His work in the Keys led to a strong phosphate ban and new state regulations for Monroe County requiring greater nutrient removal from sewage effluents.

Lapointe’s work in Florida Bay and the Florida Keys National Marine Sanctuary in the 1990s, which utilized stable nitrogen isotopes to “fingerprint” nitrogen sources, was the first to demonstrate the importance of agricultural nitrogen from mainland sources to development of algal blooms in the Keys. He developed the first “ridge-to-reef” water quality monitoring program for the European Union in Negril, Jamaica, a model that has been adopted by Marine Protected Areas around the Caribbean region. Lapointe has advised the U.S. Environmental Protection Agency, National Oceanic and Atmospheric Administration, State of Florida and the governments of Monroe County (Florida Keys), Palm Beach County, Lee County, Bahamas, Tobago, Turks & Caicos, Jamaica, Bonaire, Curacao, Martinique and St. Lucia on development of water quality monitoring programs for assessing the impacts of land-based pollution.

Lapointe’s Sargassum research has yielded novel insights into the ecology of this macroalgae, the Sargasso Sea and associated communities, including symbiosis with juvenile fish marked by exchange of habitat and nutrients.

We've been telling you about the toxic algae blooms in Lake Okeechobee and neighboring communities all summer. One of the researchers studying how these blooms keep popping up says septic tanks and nitrogen pollution are a large part of the problem.

Florida's St. Lucie Estuary received national attention in 2016 as toxic green algal blooms wreaked havoc on this vital ecosystem. A new study contradicts the widespread misconception that periodic discharges from Lake Okeechobee were responsible. Water samples gathered and tested in the year-long study provide multiple lines of evidence that human wastewater nitrogen from septic systems was a major contributor to the high nitrogen concentrations in the estuary and downstream coastal reefs.

2018 Field and laboratory experiments are designed to measure Sargassum biomass per area (density), surface reflectance, nutrient contents, and pigment concentrations. An alternative floating algae index‐biomass density model is established to link the spectral reflectance to Sargassum biomass density, with a relative uncertainty of ~12%. Monthly mean integrated Sargassum biomass in the Caribbean Sea and central West Atlantic reached at least 4.4 million tons in July 2015. The average %C, %N, and %P per dry weight are 27.16, 1.06, and 0.10, respectively. The mean chlorophyll‐a (Chl‐a) concentration is ~0.05% of the dry weight. With these parameters, the amounts of nutrients and pigments can be estimated directly from remotely sensed Sargassum biomass. During bloom seasons, Sargassum carbon can account for ~18% of the total particulate organic carbon in the upper water column. This study provides the first quantitative assessment of the overall Sargassum biomass, nutrients, and pigment abundance from remote sensing observations, thus helping to quantify their ecological roles and facilitate management decisions.

2018 Compared with our understanding of most aspects of sea turtle biology, knowledge of the surface-pelagic juvenile life stages remains limited. Young North Atlantic cheloniids (hard-shelled sea turtles) are closely associated with surface-pelagic drift communities (SPDCs), which are dominated by macroalgae of the genus Sargassum. We quantified SPDCs in the eastern Gulf of Mexico, a region that hosts four species of cheloniids during their surface-pelagic juvenile stage. Landsat satellite imagery was used to identify and measure the areal coverage of SPDCs in the eastern Gulf during 2003-2011 (1323 images). Although the SPDC coverage varied annually, seasonally, and spatially, SPDCs were present year-round, with an estimated mean area of SPDC in each Landsat image of 4.9 km 2 (SD = 10.1). The area of SPDCs observed was inversely proportional to sea-surface wind velocity (Spearman's r = -0.33, p

2017 Nutrient enrichment is a significant global-scale driver of change in coastal waters, contributing to an array of problems in coastal ecosystems. The St. Lucie Estuary (SLE) in southeast Florida has received national attention as a result of its poor water quality (elevated nutrient concentrations and fecal bacteria counts), recurring toxic Microcystis aeruginosa blooms, and its proximity to the northern boundary of tropical coral species in the United States. The SLE has an artificially large watershed comprised of a network of drainage canals, one of which (C-44) is used to lower the water level in Lake Okeechobee. Public attention has primarily been directed at nutrient inputs originating from the lake, but recent concern over the importance of local watershed impacts prompted a one-year watershed study designed to investigate the interactions between on-site sewage treatment and disposal systems (OSTDS or septic systems), groundwaters, and surface waters in the SLE and nearshore reefs. Results provided multiple lines of evidence of OSTDS contamination of the SLE and its watershed: 1) dissolved nutrients in groundwaters and surface waters were most concentrated adjacent to two older (pre-1978) residential communities and the primary canals, and 2) sucralose was present in groundwater at residential sites (up to 32.0 μg/L) and adjacent surface waters (up to 5.5 μg/L), and 3) δ15N values in surface water (+7.5 o/oo), macroalgae (+4.4 o/oo) and phytoplankton (+5.0 o/oo) were within the published range (>+3 o/oo) for sewage N and similar to values in OSTDS-contaminated groundwaters. Measured δ15N values in M. aeruginosa became increasingly enriched during transport from the C-44 canal (∼5.8 o/oo) into the mid-estuary (∼8.0 o/oo), indicating uptake and growth on sewage N sources within the urbanized estuary. Consequently, there is a need to reduce N and P loading, as well as fecal loading, from the SLE watershed via septic-to-sewer conversion projects and to minimize the frequency and intensity of the releases from Lake Okeechobee to the SLE via additional water storage north of the lake. These enhancements would improve water quality in both the SLE and Lake Okeechobee, reduce the occurrence of toxic harmful algal blooms in the linked systems, and improve overall ecosystem health in the SLE and downstream reefs.