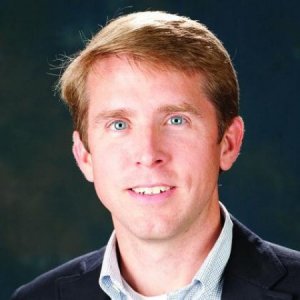 Chair | Department of Accounting and MIS | The Ohio State University 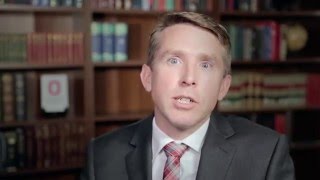 2004 - 2006 “Capital Budgeting when Managers Value both Honesty and Perquisites”

On Memorial Day and throughout the year, many Americans honor those who have lost their lives in the line of duty by donating to charities that help military veterans. It can, however, be daunting to choose from the more than 8,000 such groups operating nationwide. Donor trepidation is magnified by the scandals that have embroiled vets’ groups. In fact, more than 10 percent of the charities tagged as “America’s Worst Charities” by the Tampa Bay Times and the Center for Investigative Reporting in 2013 focus on veterans. As a professor who researches nonprofit organizations and teaches about their finances, I have observed that while some veterans’ charities do squander donors’ dollars, others make the most of donations in meeting their mission. Fortunately, a little research goes a long way toward spotting the difference between a good cause and a lost cause.

Can you guess which U.S. organization raised the most money through charitable contributions in 2015? When we ask our students this question, most figure it was the United Way, the Salvation Army or the American Red Cross. However, according to the Chronicle of Philanthropy, while these traditional charities raise a lot of cash, a “donor-advised fund” known as the Fidelity Investments Charitable Gift Fund topped the list that year, the most recent for which data are available. Fidelity’s perch at the top – a first for a donor-advised fund – is no aberration. Fidelity is joined on the list by similarly named “charities” that sound unfamiliar, such as Schwab Charitable, the fourth-largest; and Vanguard Charitable in 11th place. All told, more than 13 percent of donations to the nation’s top 400 charities flowed into the coffers of donor-advised funds in 2015, the Chronicle found.

"Although it has ‘foundation’ in its name, the Clinton Foundation is actually a public charity," Brian Mittendorf, a professor of accounting at Ohio State University’s Fisher College of Business, wrote in the Chronicle of Philanthropy. "In practical terms, this means both that it relies heavily on donations from the public and that it achieves its mission primarily by using those donations to conduct direct charitable activities, as opposed to providing grants from an endowment."

Nonprofits Worry About Election’s Impact on Public View of Charity

The Chronicle of Philanthropy  online

nterest in the Clintons’ operating foundation may stem from its highly public nature, says Brian Mittendorf, a professor of accounting at Ohio State University who specializes in nonprofits. Concerns about potential conflicts date back to at least 2008, when Ms. Clinton became secretary of state. The foundation signed an agreement governing its activities, so the institution was "already in the public sphere" well before Ms. Clinton secured the Democratic Party nomination for president, Mr. Mittendorf says.

What Do the Clinton Charities Actually Do and Where Does Their Money Go?

Charities tied to the Clinton family have received seemingly endless scrutiny throughout the presidential campaign. They’ve been accused of wasting funds, offering access to donors and even serving as a personal “piggy bank” for the Clinton family. As a result, the largest arm of their charitable organization this week said it would become an independent organization if Hillary Clinton is elected president. The scrutiny of the Clintons’ charities has extended to Trump’s much smaller foundation as well, including a just-announced investigation by the New York attorney general and a series by The Washington Post. As a researcher focused on nonprofit finances, I am not accustomed to seeing such widespread interest in the sources and uses of funds by charities. Even if often wrapped up in political rancor, the public interest in the Clinton family’s charities provides an opportunity to look closely at what they actually are, what they do and how their money is used.

The Question No One's Asking About the Clinton Foundation

Last year, Brian Mittendorf, a professor of accounting at Ohio State University's Fisher College of Business, wrote an article for the Chronicle of Philanthropy explaining how the Clinton Foundation could be evaluated in comparison to other foundations, though he noted there were few charities quite like the Clinton Foundation. He makes clear that this is a rather complicated process. A few months ago, I asked Mittendorf if a layperson could figure out whether the Clinton Foundation, which has raised and spent about $2 billion with the mission of helping people throughout the world, was doing a good job. He responded: Nonprofits are struggling with developing a systematic (and verifiable) way of measuring results, and there has not been substantial progress, leaving "where did the money go" as the more accessible question. Many organizations will report on results, but this tends to be more marketing than systematic evaluation. The Clinton Foundation has discussed their investment in developing measurable outcome assessment, but I am not familiar enough with their efforts to speak to the effectiveness of them. What makes the Clinton Foundation even more difficult to assess in terms of results is both their wide array of initiatives and the more subtle ways they seek outcomes. Some initiatives, like Clinton Health Access Initiative, are a bit easier to measure in that one can assess the value of pharmaceuticals the organization was able to obtain for distribution to areas in need. (As it turns out, CHAI is also easily the [foundation's] largest initiative.) Other initiatives, like Too Small to Fail or Clinton Climate Initiative are difficult to measure in the way of results since they largely try to mobilize private & public sectors to change public perceptions and enact change. [The Clinton Global Initiative], which largely works as a fundraising matchmaker, is the most unique since it's hard to know what would have been donated without CGI, and what was ultimately achieved by the beneficiary organizations.