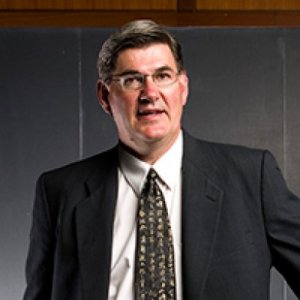 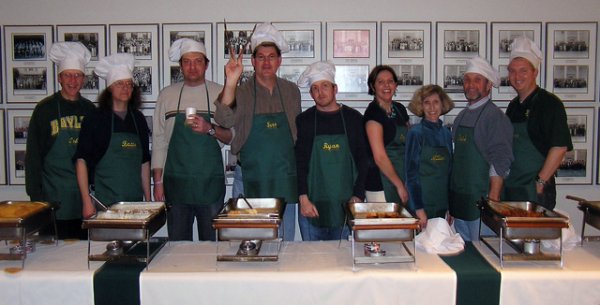 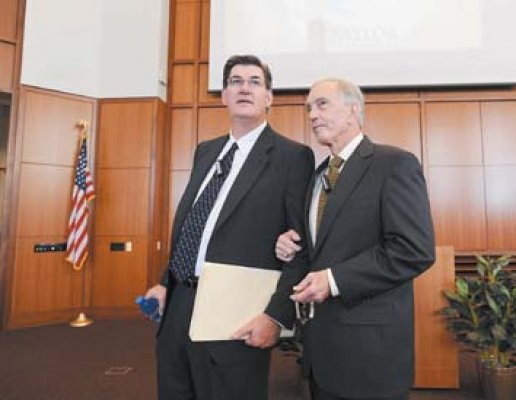 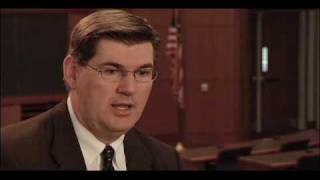 Serr took a position as a legal writing instructor and LL.M. candidate at the University of Illinois, pausing first to pass the bar. The following summer, after completing the LL.M. program at Illinois, he went back to Europe with a college coach to put on several basketball clinics in Belgium. Upon returning to the states, he moved to Houston to clerk for the legendary John R. Brown, Chief Judge of the United States Court of Appeals for the Fifth Circuit throughout much of the civil rights era.

At Baylor, Serr has come full circle back to his original interests - teaching, coaching, international travel, and basketball. He teaches courses in criminal and constitutional law. He has been recognized for his commitment to teaching by Baylor University (Most Outstanding Faculty Member in Schools of Law, Business, Engineering & Computer Science, 2002) and by The Texas Lawyer (honored in 2003 as “The Most Influential Professor” on the most highly regarded law teaching faculty in Texas). Serr has also coached for 29 years in the law school's nationally known advocacy program. In national moot court competitions, his appellate advocacy teams have recorded five national championships, one national second-place finish, and five national third-place finishes. His teams have also won numerous regional competitions.

Professor Serr has briefed and orally argued cases in both the U.S. Supreme Court and the U.S. Court of Appeals for the Fifth Circuit. Earlier this decade, he won a decade-long civil rights case involving police brutality, a case that established important precedents in the area of municipal liability for the improper hiring and/or inadequate training of police officers. Three times he has been asked to represent The Conference of Chief Justices (composed of the Chief Justices of all 50 states) in U.S. Supreme Court cases. His work on one of those cases, which ended with the Supreme Court upholding the constitutionality of the states' primary funding vehicle for providing legal services for the poor, earned Serr one of the American Bar Association's top pro bono awards.

Brian Serr, a professor of law at Baylor Law School, who is not affiliated with this case, said the first thing a prosecution will consider when determining whether to seek the death penalty is, “Can we squarely put this person within one of the definitions of capital murder?”...

There she is all business, said Brian Serr, who teaches Agbuke’s advanced criminal procedure class, their third course together. “We have a lot of bright kids in law school, and Sune is one of them,” he said. “She is alert, on the ball, well-prepared and a very serious student.”...