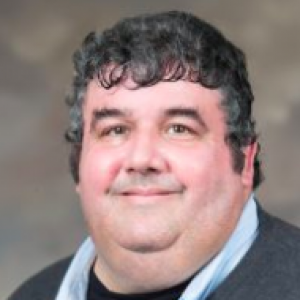 
Brian L. Vleck is an expert in Tribology and Life & Failure of Jet Engine Turbine Hubs and Blades.

2013 In this study, a direct injection (DI) compression ignition engine fueled with biodiesel was supplemented with n-butanol port fuel injection (PFI) in order to simultaneously reduce in cylinder nitrogen oxides formation, decrease soot and favorable modify their trade-off. The combustion and emission characteristics were investigated for regimes of 1-5 bars IMEP at 1400 rpm. By applying this methodology, for the regimes in which the n-butanol PFI was applied, the premixed charge combustion has been split into two regions of high temperature heat release, an early one, BTDC, and a second stage ATDC, oxidizing the soot formed from biodiesel combustion and therefore modifying favorable the soot-NOx trade-off. With n-butanol injection, the soot emissions showed a significant decrease as much as 90%, concomitantly with a 50% NOx reduction at higher PFI rates. Non-regulated emissions measurements showed increases in acetaldehyde with n-butanol PFI. There was no significant loss in mechanical efficiency when implementing n-butanol PFI while the strategy was able to maintain the thermal efficiency comparable with biodiesel values. The results of this work indicate that n-butanol PFI may be an effective technique to concomitantly reducing NOx and soot emissions from a diesel engine for selected regions on the engine map.

2013 In this study, n-butanol (port fuel injection) PFI was investigated in a direct injection compression ignition engine while at idling speeds, and loads, 1–3 bar IMEP (indicated mean effective pressure) in order to determine the effects on combustion, efficiency, emissions, and specifically, a modified tradeoff of soot and nitrogen oxides. As a result, the engine entered into (low-temperature combustion) LTC regions, for selected loads and speeds. Compared with the baseline taken with ultra-low sulfur diesel no. 2, the heat release with n-butanol in (premixed charge compression ignition) PCCI mode, has resulted in a 75% reduction from the maximum values, while a secondary peak appeared where the diffusion combustion typically occurs in the power stroke. At 3 bar IMEP an early, (bottom dead center) BTDC low-temperature heat release was found that began 6° earlier than for the diesel reference cycle, and corresponding to 1200 K. Soot emissions showed a massive decrease of about 98%, concurrently with a 74% reduction of nitrogen oxides at 3 IMEP by controlling the combustion phases and by modifying the classical NOx–soot tradeoff. The results of this work prove that biodiesel combined with n-butanol PFI in PCCI and LTC are very effective in simultaneously reducing soot and NOx at idling speeds.

2012 In this study, the in-cylinder soot and NOx trade off was investigated in a Compression Engine by implementing Premixed Charge Compression Ignition (PCCI) coupled with Low Temperature Combustion (LTC) for selected regimes of 1–3 bars IMEP. In order to achieve that, an omnivorous (multi-fuel) single cylinder diesel engine was developed by injecting n-butanol in the intake port while being fueled with biodiesel by direct injection in the combustion chamber. By applying this methodology, the in-cylinder pressure decreased by 25% and peak pressure was delayed in the power stroke by about 8 CAD for the cycles in which the n-butanol was injected in the intake manifold at the engine speed of 800 rpm and low engine loads, corresponding to 1–3 bars IMEP. Compared with the baseline taken with ultra-low sulfur diesel no. 2 (USLD#2), the heat release presented a more complex shape. At 1–2 bars IMEP, the premixed charge stage of the combustion totally disappeared and a prolonged diffusion stage was found instead. At 3 bars IMEP, an early low temperature heat release was present that started 6 degrees (1.25 ms) earlier than the diesel reference heat release with a peak at 350 CAD corresponding to 1200 K. Heat losses from radiation of burned gas in the combustion chamber decreased by 10–50% while the soot emissions showed a significant decrease of about 98%, concomitantly with a 98% NOx reduction at 1 IMEP, and 77% at 3 IMEP, by controlling the combustion phases. Gaseous emissions were measured using an AVL SESAM FTIR and showed that there were high increases in CO, HC and NMHC emissions as a result of PCCI/LTC strategy; nevertheless, the technology is still under development. The results of this work indicate that n-butanol can be a very promising fuel alternative including for LTC regimes.

2011 In order to rank bearing materials, lubricants and other design variables using rolling-element bench-type fatigue testing of bearing components and full-scale rolling-element bearing tests, the investigator needs to be cognizant of the variables that affect rolling-element fatigue life and be able to maintain and control them within an acceptable experimental tolerance. Once these variables are controlled, the number of tests and the test conditions must be specified to assure reasonable statistical certainty of the final results. There is a reasonable correlation between the results from elemental test rigs with those results obtained with full-scale bearings. Using the statistical methods of Weibull and Johnson, the minimum number of tests required can be determined. This article brings together and discusses the technical aspects of rolling-element fatigue testing and data analysis and makes recommendations to assure quality and reliable testing of rolling-element specimens and full-scale rolling-element bearings.

2003 Two types of rolling-element bearings representing radial loaded and thrust loaded bearings were used for this study. Three hundred and forty (340) virtual bearing sets totaling 31400 bearings were randomly assembled and tested by Monte Carlo (random) number generation. The Monte Carlo results were compared with endurance data from 51 bearing sets comprising 5321 bearings. A simple algebraic relation was established for the upper and lower L10 life limits as function of the number of bearings failed for any bearing geometry. There is a fifty percent (50%) probability that the resultant bearing life ill be less than the calculated. The maximum and minimum variation between the bearing results life and the calculated life correlate with the 90-percent confidence limits for a Weibull slope of 1. 5. The calculated lives for bearings using a load-life exponent p of 4 for ball bearings and 5 for roller bearings correlated with the Monte Carlo generated bearings lives and the bearing data. STLE life factors for bearing steel and processing provide a reasonable accounting for differences between bearing life data and calculated life. Variations in Weibull slope from the Monte Carlo testing and bearing data correlated. There was excellent agreement between percent of individual components failed from Monte Carlo simulation and that predicted.