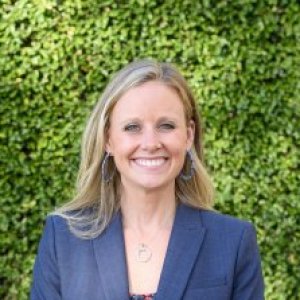 
Center for the Study of Los Angeles

Brianne Gilbert is the managing director for the Center for the Study of Los Angeles (StudyLA). In her role, she leads StudyLA's research on understanding the attitudes and opinions of LA's residents, voters, and leaders. She is a principal investigator on many of the region's largest survey research projects, notably the annual Los Angeles Public Opinion Survey of LA residents and the LA Votes Election Study of LA voters. She also is a senior lecturer at LMU in the departments of political science and urban and environmental studies, teaching courses on political internships, GIS, and geospatial research. Brianne also has served as a consultant in the fields of sociology, anthropology, GIS (geographic information systems), methodology, and public opinion research.

The goal of the course is to assist students in obtaining skills, experiences, and contacts that enhance employment prospects and options after graduation. By the end of the semester students will have gained experience working in a field related to political science and have a greater appreciation for the discussed academic material and how it relates to their desired field. Finally, students will develop a reflective and critical understanding of what it means to not only “do” an internship, but to excel and make themselves competitive.

A majority of the time is spent in the computer lab learning this mapping skill set. Here students gain functional knowledge of GIS generally, and Esri’s ArcMap and ArcGIS online more specifically. You know those cool maps that are coded by color or symbol size and demonstrate things like voting behaviors or population density? Or how about the maps that create the buffers around a point, like a new apartment building, to determine the restaurants within a one-mile radius? Yep, that's what we do.