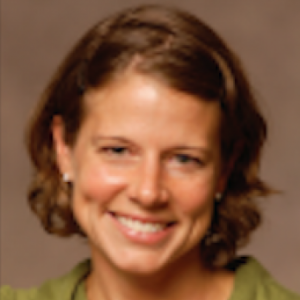 “We believe it’s a human-rights issue, not to be isolated from other people for such an extended period of time,” said Brittany Glidden, a lawyer and DU fellow who is co-teaching the class with professor Laura Rovner. “Research indicates that isolating people with no human contact for long periods of time is physically and psychologically painful.”...

“We’re hopeful the ruling will be the catalyst … to change that inhumane practice,” DU law professor Brittany Glidden, one of the faculty advisers, said...

In the lawsuit, attorneys Brittany Glidden and Laura Rovner and DU law students Erica Day and Nick Catanzarite are asking U.S. District Judge Philip Brimmer to allow Silverstein regular and meaningful human contact — direct, face-to-face contact in which he is not behind glass, bars or metal barriers...

He is also Laura Rovner’s client. Rovner, teaching fellow Brittany Glidden, and a group of student attorneys from DU’s Civil Rights Clinic have filed a lawsuit in Federal District Court in Denver, arguing that Silverstein’s 84 square feet of utter and permanent isolation violate the Constitution’s ban on cruel and unusual punishment, as well as its guarantee of due process. The suit is just one of several brought by the clinic on behalf of various inmates at ADX and at the nearby state supermax prison. Along with a small handful of other cases in Colorado and around the country, the work of DU’s Civil Rights Clinic represents the leading edge of a legal challenge to solitary confinement. As such, it has the potential to affect the lives of the 100,000 or more prisoners who are held in some form of solitary on any given day in prisons across the United States...

Troy Anderson hasn't seen the sun in ten years. Since 2000,he's been in solitary confinement--in an 8 by 12 foot cell in Colorado's highest security prison. And he's mentally ill. Now, with legal assistance from students and lawyers from the University of Denver School of Law, Anderson is suing the Colorado Department of Corrections. According to the lawsuit, his case adds up to cruel and unusual punishment. The suit also raises questions about the use of solitary confinement--and about treatment for mentally ill inmates. Department officials wouldn't talk to us for this story. Brittany Glidden is the Civil Rights Fellow at DU's Student Law Office. She's supervising the case and she spoke with Ryan Warner.

After Years in Solitary, a Mentally Ill Prisoner’s Day in Court

Testing a new legal strategy, Troy Anderson's lawyers will argue that his isolation violates federal disability law....There is "not much precedent to predict how the court will decide," says DU visiting professor Brittany Glidden, who leads a team of law students on the case. But so far, the suit has survived the state's efforts to have it dismissed....

Panelist, Feeback: To Give and How to Give

Guest Lecturer, Prisons and Prisoners in the United States

Presenter, Necessary Suffering?: An Analysis of the Use of Governmental Interest in Eighth Amendment Caselaw

2012 The Eighth Amendment has long served as the traditional legal vehicle for challenging prison conditions, including long-term isolation or “supermax” confinement. As described by Hafemeister and George in their article, The Ninth Circle of Hell: An Eighth Amendment Analysis of Imposing Prolonged Supermax Solitary Confinement on Inmates with a Mental Illness, some prisoners with mental illness have prevailed in Eighth Amendment challenges to prolonged isolation...

Necessary Suffering: Weighing Government and Prisoner Interests in Determining What Is Cruel and Unusual

2012 Imagine that a man is held in solitary confinement for thirty years. For three decades he eats every meal alone in his cell, "exercises" by himself in a cage outside, and is only touched when handcuffs are placed on him. As a result of the prolonged isolation he suffers mental ...

When the State is Silent: An Analysis of AEDPA's Adjudication Requirement

2001 Ernest Sutton Bell was convicted of sexual misconduct following a closed criminal trial. Despite Supreme Court precedent that on-the-record findings as to the necessity of closing a court proceeding are required before doing so and a strong presumption that defendants ...