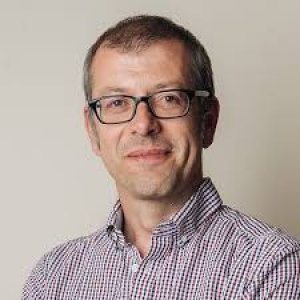 Professor of Ultrasonics | University of Bristol

Exploring the uses of ultrasonics waves: for levitation and manipulation, non-destructive testing and monitoring the health of materials

Ultrasound To Test For Engineering Defects

Professor Bruce Drinkwater is based in the Department of Mechanical Engineering. His research involves the use of ultrasound to test for engineering defects and cracks in safety critical structures such as power stations, oil and gas plants, sewage pipes, and aircraft engines. This method of non-destructive testing is used to intercept and prevent serious damage. He was awarded the Roy Sharpe Prize for his work in ultrasonic imaging that led to the invention of a special probe used to ensure that aircraft are safe to fly.

Professor Drinkwater is also developing the use of soundwaves to move and manipulate very small materials, a process called acoustic levitation that has potential applications in small-scale manufacturing, 3D printing and the assembly of living tissue. He co-invented the world’s first stable ultrasonic tractor beam - which attracted major media interest - and was awarded a Royal Society Wolfson Research Merit Award for this work.

He is also Director of the EPSRC CDT in Future Innovation in Non-Destructive Testing (FIND). 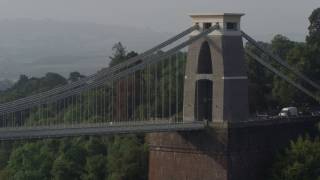 In 2015, Asier Marzo at the Public University of Navarra and Bruce Drinkwater at the University of Bristol created a sonic tractor beam that used ultrasound to levitate, rotate and move objects. Using a single grid of 64 off-the-shelf loudspeakers controlled by a programmable array of transducers the device created 3D fields of sound – acoustic holograms – that could hold and manipulate a small polystyrene particle in mid-air.

Another advantage is that acoustic devices are 100,000 times more power efficient than optical systems. “Optical tweezers are a fantastic technology, but always dangerously close to killing the cells being moved, with acoustics we’re applying the same sort of forces but with way less energy associated. There’s lots of applications that require cellular manipulation and acoustic systems are perfect for them,” said Drinkwater.

In a paper published in the Proceedings of the National Academy of Sciences on Monday, researchers Asier Marzo Pérez of the Public University of Navarra and Bruce Drinkwater from the University of Bristol describe how they were able to use sound to levitate multiple objects independently of one another — a never-before-accomplished feat the researchers say could lead to next-generation medical procedures.

Sound could replace lasers in surgery

Now, though, mechanical engineers Asier Marzo of Spain's Universidad Publica De Navarra and Bruce Drinkwater of the UK's University of Bristol have published research in which they demonstrate, for the first time, the ability to independently move particles in 3D space using ultrasonic sound waves.

Although arrays of liquid droplets have been made before, previous attempts had involved either using oil-and-water mixtures or evaporating the liquid to create the array on a dry surface. Neither technique is also suitable for supporting water-based chemical reactions, which was a primary goal of Bruce Drinkwater and his team of physicists, engineers and chemists, who developed the new technology.

An Introduction to the FIND Centre for Doctoral Training

Professor Bruce Drinkwater talks about the Centre for Doctoral Training in Future Innovation in Non-Destructive Evaluation (FIND CDT) and explains the importance of research in NDT in order to meet the challenges of the fourth industrial revolution.

2020 Characterisation of real defects is one of the main challenges in ultrasonic non-destructive testing (NDT), especially for small defects having irregular shapes. Traditional methods such as ultrasonic array imaging are limited by the image resolution, and in this paper, we consider using the scattering matrix which is extractable from the full matrix of transmit-receive array data.

Thoracic scales of moths as a stealth coating against bat biosonar

Journal of the Royal Society Interface

2020 Many moths are endowed with ultrasound-sensitive ears that serve the detection and evasion of echolocating bats. Moths lacking such ears could still gain protection from bat biosonar by using stealth acoustic camouflage, absorbing sound waves rather than reflecting them back as echoes. The thorax of a moth is bulky and hence acoustically highly reflective.

2019 The ability to shape ultrasound fields is important for particle manipulation, medical therapeutics, and imaging applications. If the amplitude and/or phase is spatially varied across the wave front, then it is possible to project “acoustic images.” When attempting to form an arbitrary desired static sound field, acoustic holograms are superior to phased arrays due to their significantly higher phase fidelity.

2019 The requirement for a diffuse field in nonlinear imaging is integral to the performance of the technique, if the statistical conditions are not met by either taking a signal early in time or too late in time, the image performance will be degraded. Metrics to define the level of diffusivity such as phase coherence and standard deviation of energy are investigated to determine their suitability to define a diffuse state.

2019 The service lifetime of industrial components relies on an understanding of the size, location and orientation of defects present in the materials. This is often over-estimated due to inadequate methods of identification and characterisation in NDE techniques. Multi-frequency eddy-current measurement methods offer a promising way of obtaining sufficient information to accurately characterise and size surface-breaking defects.

James Dacey visits the Department of Engineering at the University of Bristol in the UK where Bruce Drinkwater explains why ultrasound is such a useful tool for industry — especially aerospace — as well as academic uses for non-destructive analysis in art and archaeology.