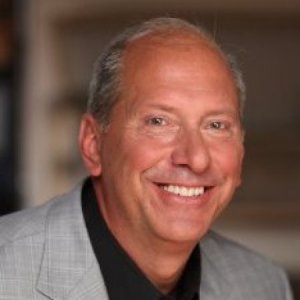 Bruce Helmer has been in the financial services industry since 1983. In addition to being an award-winning financial advisor and servicing his clients well, Bruce plays the all-important role of mentor and coach to other financial advisors. He has contributed to the success of dozens of financial advisors—creating advisors with practices of more than a million dollars in annual gross dealer concessions (GDC).

Bruce is the host of the radio show “Your Money” since January 1997. The weekly show is heard on 9 radio stations in the Upper Midwest, including WCCO. “Your Money” is one of the longest running and highest rated shows on WCCO; it is widely listened to, reaching more than 50,000 listeners each week, and it is one of the most successful financial talk shows in the country. Bruce’s guiding philosophy is simple: he wants your money to work as hard for you as you work for your money.

Bruce has also authored two books, “Money and the People You Love” and “Successful Financial Planning.”

Bruce sits on the board of a non-profit organization that raises funds for the benefit of physically impaired individuals. Bruce is a member of the Advisory Board for the University of Minnesota, Morris, where he received his bachelor’s degree, and was recently inducted into the school’s Hall of Fame for athletics.

Interviewed and quoted frequently by both broadcast and print media in the Minneapolis- St. Paul market, Bruce Helmer is the “go-to” interview when financial news happens. He was recently quoted in The Wall Street Journal article titled “He Says, She Says,” in which Bruce says that, for couples, a crucial part of financial planning is figuring out what each person wants.

Bruce plays the all-important role of mentor and coach to other financial advisors. He has contributed to the success of dozens of financial advisors. In 2009 and 2010, Bruce was recognized as one of the Barron’s magazine “Top 1,000 Advisors,”1 and he has been named a “FIVE STAR Best in Client Satisfaction Wealth Manager.”2

Bruce has been the host of the radio show “Your Money” since January 1997. The weekly show is heard on 9 radio stations in the Upper Midwest including WCCO, the premier Midwest AM radio station. The format of the show is educational. Informative topics are introduced and then followed by unscreened listener questions to which Bruce responds on-air. “Your Money” reaches more than 50,000 listeners each week, and is one of the most successful financial talk shows in the country.

Author of three books including:"Real Wealth - How to make Smart Money Choices for what matters most to YOU", "Money and the People You Love: A New Approach to Financial Planning Based on What Matters to You Most", and "Bruce Helmer's Successful Financial Planning" Praise for Bruce's books: "Bruce Helmer delivers a wealth of information on these pages—advice you can take to the bank." – Harvey Mackay, author of the #1 New York Times bestseller Swim With The Sharks Without Being Eaten Alive

Bruce Helmer’s engaging presentation style is both entertaining and educational. He’s incredibly knowledgeable about financial services. Yet when Bruce speaks, you don’t get a big ego or someone trying to impress you with how smart they are. Rather, you feel like you’re listening to a wise friend—someone who genuinely cares about your well-being. Bruce is funny, engaging, personable and his style invites learning and interaction. After listening to Bruce, you feel empowered to act, and smart about making sense out of previously confusing options.

As someone who has been in the radio business more than 40 years, I know talent when I see it and Bruce Helmer has talent. Bruce has the unique ability to take what can be complicated subject matter like finance, and relay it in a way that is understandable and interesting. I’ve worked with Bruce for 15 years now; he is an amazing, one-of-a-kind speaker who really relates to people.

Bruce Helmer is my ‘go-to’ guy for financial interviews. He reduces the complexity of financial matters so that viewers understand, and does it in a way that is entertaining and educational.

Money and the People You Love

Financial planning doesn’t start with stocks, bonds, and mutual funds. It starts with your values and goals. And your hopes and dreams for your family. Bruce Helmer bases this exciting seminar on more than 20 years’ experience as a financial advisor, during which he’s learned you can’t think about money without also thinking about the people you love. You’ll walk out feeling liberated from old ideas and looking forward to the future.