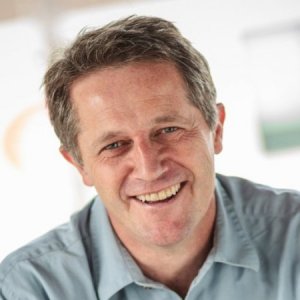 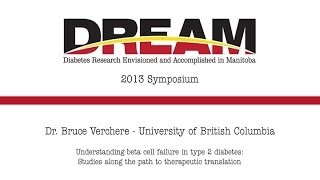 Bruce Verchere is a Professor in the Departments of Surgery and Pathology & Laboratory Medicine at the University of British Columbia in Vancouver, Canada. He is head of the Canucks for Kids Fund Childhood Diabetes Laboratories at BC Children’s Hospital and holds the Irving K Barber Chair in Diabetes Research.

He obtained his PhD in Physiology from UBC in 1991, then pursued post-doctoral fellowship training in islet biology in Seattle and Geneva before returning to Vancouver in 1997.

His research focuses on the pancreatic islet and aims to understand how beta cell death and dysfunction arises in diabetes and following transplantation, with particular focus on islet amyloid and inflammation, and with the goal of developing therapeutic approaches for enhancing beta cell survival and function in diabetes.

He was awarded the Diabetes Canada Young Scientist Award in 2006 and a Queen Elizabeth II Diamond Jubilee medal for diabetes research and service in 2012.

In recent years he has served on a number of advisory and editorial boards, including the Diabetes Canada Board of Directors and National Research Council; the Institute Advisory Board for the Canadian Institutes of Health Research (CIHR) Institute of Nutrition, Metabolism and Diabetes; on the editorial boards of the Canadian Journal of Diabetes, Diabetes, and Endocrinology; as an associate editor of the journals Islets and Diabetologia; and as chair of grant review panels for the CIHR, JDRF, and NIH.

$27 million boost to UBC research into health, sustainability, IT

“This investment in UBC has the potential to bring significant social and economic benefits to all British Columbians.” Among the funded projects is the Canucks for Kids Fund Childhood Diabetes Laboratories, led by UBC diabetes researcher Bruce Verchere at BC Children’s Hospital, an agency of the Provincial Health Services Authority. A $3.2 million funding investment in new state-of-the-art technology will help further research into diabetes prediction, treatment and prevention.

Type 2 diabetes (T2D) is characterized by a gradual decline of pancreatic beta cell function that determines the progressive course of the disease. While beta-cell failure is an important contributor to hyperglycemia, chronic hyperglycemia itself is also detrimental for beta-cell function, likely by inducing prolonged secretory stress on the beta cell as well as through direct glucotoxic mechanisms that have not been fully defined. For years, research has been carried out in search of therapies targeting hyperglycemia that preserve long-term beta-cell function in T2D, a quest that is still ongoing. Current strategies aim to improve glycemic control either by promoting endogenous insulin secretion, such as sulfonylureas, or by mechanisms that may impact the beta cell indirectly, for example providing beta-cell rest through insulin treatment. Although overall long-term success is limited with currently available interventions, in this review we argue that strategies that induce beta-cell rest have considerable potential to preserve long-term beta-cell function. This is based on laboratory-based studies involving human islets as well as clinical studies employing intensive insulin therapy, thiazolidinediones, bariatric surgery, short-acting glucagon-like peptide (GLP)-1 receptor agonists, and a promising new class of diabetes drugs, sodium-glucose linked transporter (SGLT)-2 inhibitors. Nevertheless, a lack of long-term clinical studies that focus on beta-cell function for the newer glucose-lowering agents as well as commonly used combination therapies preclude a straightforward conclusion; this gap in our knowledge should be a focus of future studies.

2016 Islet amyloid has been recognized as a pathological entity in type 2 diabetes since the turn of the century. It has as its unique component the islet beta-cell peptide islet amyloid polypeptide (IAPP), or amylin, which is cosecreted with insulin. In addition to this unique component, islet amyloid contains other proteins, such as apolipoprotein E and the heparan sulfate proteoglycan perlecan, which are typically observed in other forms of generalized and localized amyloid. Islet amyloid is observed at pathological examination in the vast ...

Autoimmune destruction of insulin-producing β cells in type 1 diabetes and islet transplantation involves a variety of immune pathways but is primarily mediated by self-reactive T cells. Chemokines can modulate local immune responses in inflammation and tumors by recruiting immune cells. We have reported that expression of the chemokine CCL22 in pancreatic β cells in the NOD mouse prevents autoimmune attack by recruiting T regulatory cells (Tregs), protecting mice from diabetes. In this study we show that invariant NKT cells are also recruited to CCL22-expressing islet transplants and are required for CCL22-mediated protection from autoimmunity. Moreover, CCL22 induces an influx of plasmacytoid dendritic cells, which correlates with higher levels of IDO in CCL22-expressing islet grafts. In addition to its chemotactic properties, we found that CCL22 activates Tregs and promotes their ability to induce expression of IDO by dendritic cells. Islet CCL22 expression thus produces a tolerogenic milieu through the interplay of Tregs, invariant NKT cells, and plasmacytoid dendritic cells, which results in suppression of effector T cell responses and protection of β cells. The immunomodulatory properties of CCL22 could be harnessed for prevention of graft rejection and type 1 diabetes as well as other autoimmune disorders.