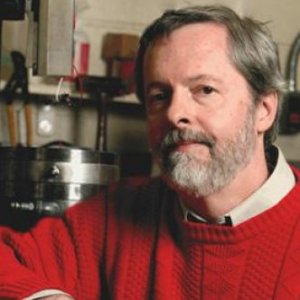 My research focuses on chemical phenomena that occur within the Earth and terrestrial planets, with emphasis on the outer 100 kilometers of the Earth. I use laboratory devices in the basement of the Jonsson-Rowland Science Center to achieve conditions of elevated pressure and temperature that exist within the Earth, and I conduct experiments designed to characterize fundamental materials properties and behavior at these conditions (my research could thus be described as "materials science of the Earth"). Measurements of interest include equilibrium partitioning (distribution) of the chemical elements and their isotopes among coexisting phases (crystals, silicate melts and supercritical fluids), as well as rates of reaction and especially diffusion. Broadly speaking, the goals of my work are to understand the internal workings of the Earth and terrestrial planets through experimentation and modeling, and to provide tools that will allow ourselves and other geoscientists to "reverse engineer" Earth materials to gain insight into our planet's history. My laboratory facilities and skill set are well suited to the study of all types of materials under pressure, which has led to fruitful collaborations with RPI researchers in the departments of Physics, Materials Science and Chemistry on topics ranging from RNA polymerization to high-pressure mechanical properties of glasses. As a member of RPI's Astrobiology Center, I developed a strong focus on characterizing the conditions of earliest Earth (4+ billion year ago)―the stage upon which early life took hold. This interest will continue as a part-time theme in my research group; however, my interest in the fundamental basis of environmental proxies—that is, chemical or isotopic signatures that inform us about past environments―extends to the recent geological past and the use of knowledge gained from proxies to predict future trends.

Titanium can be incorporated either tetrahedrally (IVTi) or octahedrally (VITi) in most silicate minerals. Ti K-edge X-ray absorption fine structure (XAFS) spectroscopy enables observation of Ti coordination in minerals and melts. In this study, XAFS is used to determine the coordination of Ti in synthetic and natural garnets...

Garnet is a common and important mineral in metamorphic systems, but the mechanisms by which it incorporates Ti—one of the major elements in the crust—are not well constrained. This study draws upon garnets synthesized at a range of temperatures and pressures to understand Ti solubility and the substitution mechanisms that govern its incorporation into garnet at eclogite and granulite facies conditions. Garnets from these synthesis experiments can incorporate up to several wt% TiO2. Comparison of Ti content with deficits in Al and Si in garnet indicates that Ti is incorporated by at least two substitution mechanisms (VITi4+ + VIM2+ ↔ 2VIAl3+, and VITi4+ + IVAl3+ ↔ VIAl3+ + IVSi4+)...

The potential for zircon to record continuous and evolving magmatic redox conditions is investigated by quantifying Ce valence in natural and synthetic crystals by X-ray Absorption Near Edge Structure (XANES). Valence was determined at high spatial resolution (2 × 4 μm) by analysis of the Ce L3 edge for synthetic zircons and crystals from the Bishop Tuff Ig2E sequence; analyses included both core-to-rim and cross-sector measurements. Core-to-rim zonation among natural grains reveals a systematic increase in Ce4 +/ΣCe, with core regions that range from ~ 0.4 to 0.6 Ce4 +/ΣCe (i.e., ~ 40–60% Ce4 +), while zircon rims range from ~ 0.7 to 1.0 Ce4 +/ΣCe (i.e., ~ 70–100% Ce4 +)...