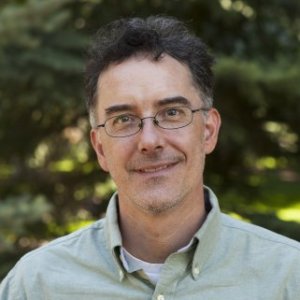 
Specializing in social neurosciences and evolutionary psychology in social relationships

Dr. Koenig has 25 peer-reviewed publications, nine other scholarly publications and has presented at many conferences. Before coming to SUU, Dr. Koenig taught for five years at Lindenwood University and Washington University in St. Louis. Before that, he worked for three years as a research scientist in the Institute of High Performance Computing in Singapore.

Dr. Koenig earned a Ph.D. in social psychology with a minor in statistics from New Mexico State University and an M.A. in general/experimental psychology from the College of William and Mary.

Solved: The Mystery of the Miserable Models

As some of you divined, the models for the higher-priced brands looked the least happy, and the bigger football players were the ones without smiles on their faces.

Moral Punishment: How much is enough?

People want wrongdoers to be punished, but how severe a punishment do they want— and why that amount? In the proposed research, a series of experiments compare people’s preferred punishment fines for a thief with that thief’s gain and his victim’s losses, all in US dollars. We will use these comparisons to evaluate among punishment calibration points predicted by traditional deterrence theory, traditional retribution theory (just deserts), welfare tradeoff theory, and fitness differential theory.

To help departments reward outstanding graduate assistants, the Graduate School offers Merit-Based Enhancement Fellowships to graduate assistants who are engaged in the teaching or research mission of New Mexico State University. The amount of the awards is $4,000 for an academic year.

According to Moral Foundations Theory, people endorse “individualizing” foundations (Harm/care, Fairness/reciprocity) or “binding” foundations (Ingroup/loyalty, Authority/respect, Purity/sanctity) to varying degrees. As societies with higher pathogen prevalence have been found to exhibit more pronounced antipathogen psychological tendencies and cultural practices (e.g., conformity, collectivism), we hypothesized that pathogen prevalence may predict endorsement of the binding moral foundations, which may also serve to minimize pathogen transmission. We examined associations between historical and contemporary pathogen prevalence and endorsement of the moral foundations via multilevel analyses. Country-level analyses showed that even when controlling for gross domestic product per capita, historical (but not contemporary) pathogen prevalence significantly predicted endorsement of the binding foundations, but not individualizing foundations. Multilevel analyses showed that this pattern held even when controlling for individual-level variation in political orientation, gender, education, and age. These results highlight the utility of a functional–evolutionary approach to understanding patterns of morals across societies and individuals.

Teaching anthropology with primate films: Investigating instructors’ use of films and introducing the Primate Film Database.

The Primate Films Database includes information about films featuring wild primates produced since the beginning of the twentieth century.

Visual realism is defined as the extent to which an image appears to people as a photo rather than computer generated. Assessing visual realism is important in applications like computer graphics rendering and photo retouching. However, current realism evaluation approaches use either labor-intensive human judgments or automated algorithms largely dependent on comparing renderings to reference images. We develop a reference-free computational framework for visual realism prediction to overcome these constraints. First, we construct a benchmark dataset of 2520 images with comprehensive human annotated attributes. From statistical modeling on this data, we identify image attributes most relevant for visual realism. We propose both empirically-based (guided by our statistical modeling of human data) and CNN-learned features to predict visual realism of images. Our framework has the following advantages: (1) it creates an interpretable and concise empirical model that characterizes human perception of visual realism; (2) it links computational features to latent factors of human image perception.

To what reference point do people calibrate cost-free third-party punishment?

Cross-race misaggregation: Its detection, a mathematical decomposition, and Simpson's paradox.

Researchers sometimes aggregate data, such as combining resident data into state-level means. Doing so can sometimes cause valid individual-level data to be invalid at the group level. We focus on cross-race misaggregation, which can occur when individual-level data are confounded with race. We discuss such misaggregation in the context of Simpson’s Paradox and identify 4 diagnostic indicators: aggregated rates that correlate strongly with the relative size of one or more subgroup(s), unequal sample sizes across subgroups, unequal rates or mean values across subgroups, and aggregated rates that do not correlate with subgroup rates. To illustrate these diagnostic indicators, we decomposed data on the prevalence of sexually transmitted diseases (STDs) to confirm cross-race misaggregation in Parasite Stress U.S.A., an ostensible index of parasite prevalence known to be confounded with the proportion of African American residents per state

Lifespan Development is concerned with the biosocial, cognitive/emotional, and psychosocial development of individuals across the lifespan. The course begins examination of human life with conception and continues to examine interactive influences until death. This course focuses on theory, research, and application.

A consideration of issues in the design and interpretation of research in psychology. Topics include: research ethics, validity and reliability, internal and external validity, within and between subject designs, single and multifactor experiments, correlational and survey designs.

This course consists of special areas of interest to the faculty member.