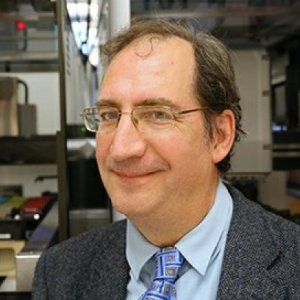 
Dr. Roth and his colleagues are engaged in drug discovery and synthetic biology research 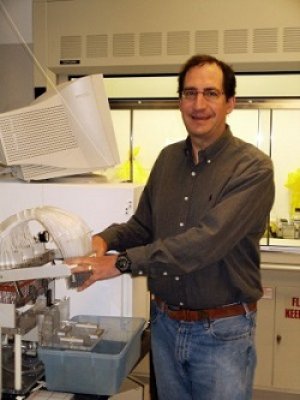 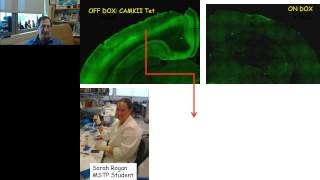 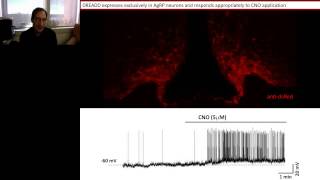 Dr. Roth and his colleagues are engaged in drug discovery and synthetic biology research. He directs the NIMH Psychoactive Drug Screening Program and the NIMH funded National Cooperative Drug Discovery Group (UNC-Duke-Pfizer). Dr. Roth studies particularly the structure and function of G-protein coupled receptors (GPCRs), a large and diverse family of proteins encompassing more than 1 percent of the genome. GPCRs couple to multiple intracellular signaling pathways, and currently more than 50 percent of approved medications target GPCRs. The ultimate goal of his research is to find ways to treat psychiatric disease using GPCR-based therapeutics.

Elected to the Institute of Medicine (2014) (professional)

The Institute of Medicine is a prestigious national organization of the top professionals in various fields inside and outside of medicine dedicated to independent analysis and science-based recommendations on important health issues.

UNC and UCSF labs create a new research tool to find homes for two orphan cell-surface receptors, a crucial step toward finding better therapeutics and causes of drug side effects.

Dr. Roth is featured in this article about "using chemogenetic tools to spur the brain into action."

How synthetic and chemical biology will transform neuroscience

2015 The OPRM1 A118G polymorphism is the most widely studied μ-opioid receptor (MOR) variant. Although its involvement in acute alcohol effects is well characterized, less is known about the extent to which it alters responses to opioids. Prior work has shown that both electrophysiological and analgesic responses to morphine but not to fentanyl are moderated by OPRM1 A118G variation, but the mechanism behind this dissociation is not known. Here we found that humanized mice carrying the 118GG allele (h/mOPRM1-118GG) were less sensitive than h/mOPRM1-118AA littermates to the rewarding effects of morphine and hydrocodone but not those of other opioids measured with intracranial self-stimulation. Reduced morphine reward in 118GG mice was associated with decreased dopamine release in the nucleus accumbens and reduced effects on GABA release in the ventral tegmental area that were not due to changes in drug potency or efficacy in vitro or receptor-binding affinity. Fewer MOR-binding sites were observed in h/mOPRM1-118GG mice, and pharmacological reduction of MOR availability unmasked genotypic differences in fentanyl sensitivity. These findings suggest that the OPRM1 A118G polymorphism decreases sensitivity to low-potency agonists by decreasing receptor reserve without significantly altering receptor function.

Serotonin-2C and -2a receptor co-expression on cells in the rat medial prefrontal cortex.

2015 Neural function within the medial prefrontal cortex (mPFC) regulates normal cognition, attention and impulse control, implicating neuroregulatory abnormalities within this region in mental dysfunction related to schizophrenia, depression and drug abuse. Both serotonin-2A (5-HT2A) and -2C (5-HT2C) receptors are known to be important in neuropsychiatric drug action and are distributed throughout the mPFC. However, their interactive role in serotonergic cortical regulation is poorly understood. While the main signal transduction mechanism for both receptors is stimulation of phosphoinositide production, they can have opposite effects downstream. 5-HT2A versus 5-HT2C receptor activation oppositely regulates behavior and can oppositely affect neurochemical release within the mPFC. These distinct receptor effects could be caused by their differential cellular distribution within the cortex and/or other areas. It is known that both receptors are located on GABAergic and pyramidal cells within the mPFC, but it is not clear whether they are expressed on the same or different cells. The present work employed immunofluorescence with confocal microscopy to examine this in layers V-VI of the prelimbic mPFC. The majority of GABA cells in the deep prelimbic mPFC expressed 5-HT2C receptor immunoreactivity. Furthermore, most cells expressing 5-HT2C receptor immunoreactivity notably co-expressed 5-HT2A receptors. However, 27% of 5-HT2C receptor immunoreactive cells were not GABAergic, indicating that a population of prelimbic pyramidal projection cells could express the 5-HT2C receptor. Indeed, some cells with 5-HT2C and 5-HT2A receptor co-labeling had a pyramidal shape and were expressed in the typical layered fashion of pyramidal cells. This indirectly demonstrates that 5-HT2C and 5-HT2A receptors may be commonly co-expressed on GABAergic cells within the deep layers of the prelimbic mPFC and perhaps co-localized on a small population of local pyramidal projection cells. Thus a complex interplay of cortical 5-HT2A and 5-HT2C receptor mechanisms exists, which if altered, could modulate efferent brain systems implicated in mental illness.

2015 Serotonin receptors are prevalent throughout the nervous system and the periphery, and remain one of the most lucrative and promising drug discovery targets for disorders ranging from migraine headaches to neuropsychiatric disorders such as schizophrenia and depression. There are 14 distinct serotonin receptors, of which 13 are G protein-coupled receptors (GPCRs), which are targets for approximately 40% of the approved medicines. Recent crystallographic and biochemical evidence has provided a converging understanding of the basic structure and functional mechanics of GPCR activation. Currently, two GPCR crystal structures exist for the serotonin family, the 5-HT1B and 5-HT2B receptor, with the antimigraine and valvulopathic drug ergotamine bound. The first serotonin crystal structures not only provide the first evidence of serotonin receptor topography but also provide mechanistic explanations into functional selectivity or biased agonism. This review will detail the findings of these crystal structures from a molecular and mutagenesis perspective for driving rational drug design for novel therapeutics incorporating biased signaling.

Aripiprazole, A Novel Atypical Antipsychotic Drug with a Unique and Robust Pharmacology

1999 BACKGROUND: This report provides histopathological evidence to support prior neuroimaging findings of decreased volume and altered metabolism in the frontal cortex in major depressive disorder...