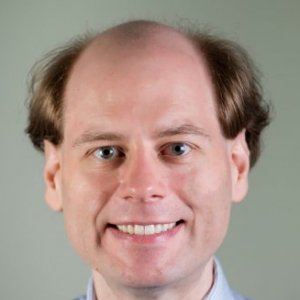 
Dr. Field is a physicist who teaches courses ranging from introduction to physics to the search for extraterrestrial intelligence.

Dr. Bryan J Field is an assistant professor of physics at Farmingdale State College, where he teaches courses in physics, physical science, and astronomy. He is a theoretical high-energy physicist who studies the fundamental properties of matter and energy as it existed at the beginning of the universe, by making predictions and analyzing the data produced at the Large Hadron Collider on the French-Swiss border. Dr. Field’s research has appeared in the Physical Review D, Nuclear Physics B, and Physics Letters B.

Dr. Field regularly teaches introduction to physics courses, higher-level physics classes such as electromagnetic theory, and physical science classes such as the Theory of Everything and the Search for Extraterrestrial Intelligence.

In addition to his role as an instructor, he is an adviser in the Department of Science, Technology, and Society. He holds a PhD in Physics from Stony Brook University and a BS in Physics from the Illinois Institute of Technology.

When he is not pondering the fundamental questions of the nature of nature, Bryan is a playwright.

Much ado about PDFs

Parton Distribution Functions at the LHC

Is the Higgs Boson Telling Us the Universe is Doomed?

The current situation of the meta-stability of the Higgs vacuum is discussed as it has been experimentally measured at the Large Hadron Collider and its implications for the long-term future of the universe.

Dr. Bryan Field, assistant professor in the Physics Department, is an expert on Nikola Tesla: inventor, electrical engineer, mechanical engineer, and futurist who is best known for his contribution to the design of the modern alternating-current electricity supply system.

Modelling and fitting of experimental data in order to understand the high-energy and transverse momentum dependence of the structure of the proton in hadron collisions.

Fast numeric implementation of standardized functional forms of Harmonic Polylogarithms for use by the high-energy physics community.

In the QCD evolution of transverse momentum dependent parton distribution and fragmentation functions, the Collins-Soper evolution kernel includes both a perturbative short-distance contribution and a large-distance nonperturbative, but strongly universal, contribution. In the past, global fits, based mainly on larger Q Drell-Yan–like processes, have found substantial contributions from nonperturbative regions in the Collins-Soper evolution kernel. In this article, we investigate semi-inclusive deep inelastic scattering measurements in the region of relatively small Q, of the order of a few GeV, where sensitivity to nonperturbative transverse momentum dependence may become more important or even dominate the evolution. Using recently available deep inelastic scattering data from the COMPASS experiment, we provide estimates of the regions of coordinate space that dominate in transverse momentum dependent (TMD) processes when the hard scale is of the order of only a few GeV. We find that distance scales that are much larger than those commonly probed in large Q measurements become important, suggesting that the details of nonperturbative effects in TMD evolution are especially significant in the region of intermediate Q. We highlight the strongly universal nature of the nonperturbative component of evolution and its potential to be tightly constrained by fits from a wide variety of observables that include both large and moderate Q. On this basis, we recommend detailed treatments of the nonperturbative component of the Collins-Soper evolution kernel for future TMD studies.

A Higgs boson produced in association with one or more bottom quarks is of great theoretical and experimental interest to the high-energy community. A precise prediction of its total and differential cross section can have a great impact on the discovery of a Higgs boson with large bottom-quark Yukawa coupling, like the scalar (h0 and H0) and pseudoscalar (A0) Higgs bosons of the minimal supersymmetric standard model in the region of large tan﻿β. In this paper we apply the threshold resummation formalism to determine both differential and total cross sections for bg→bΦ (where Φ=h0,H0), including up to next-to-next-to-next-to-leading order soft plus virtual QCD corrections at next-to-leading logarithmic accuracy. We present results for both the Fermilab Tevatron and the CERN Large Hadron Collider.

The region of small transverse momentum in qq- and gg-initiated processes must be studied in the framework of resummation to account for the large, logarithmically enhanced contributions to physical observables. In this paper, we will calculate the fixed order next-to-leading order perturbative total and differential cross sections for both a Standard Model scalar Higgs boson and the Minimal Supersymmetric Standard Model's pseudoscalar Higgs boson in the Heavy Quark Effective Theory where the mass of the top quark is taken to be infinite. Resummation coefficients for the total cross-section resummation for the pseudoscalar case are given, as well as for the differential cross section.

This course is an introduction to electromagnetic theory. Topics covered are Vector Analysis; Coulomb's Law; Gauss's Law; the Del Operator; the Divergence and Gradient; the Potential; Potential Gradient; Conductors, Dielectrics and Capacitors; the Magnetic Field; the Biot-Savart Law; Ampere's Law; the Curl of E and H; Faraday's Law; Maxwell's Equations.

Topics will include heat, electricity, magnetism, light and optics

The possible existence of extraterrestrial life is examined by investigating those areas of the physical sciences and related disciplines which may shed more light on this elusive problem. Arguments are drawn from astronomy, astrophysics, electromagnetic theory, probability theory, relativity atomic physics, nuclear physics and particle physics. Historical and archaeological views are also discussed. The discussion of extraterrestrial life is utilized as a framework from which many mysteries of the universe are unraveled for the student.