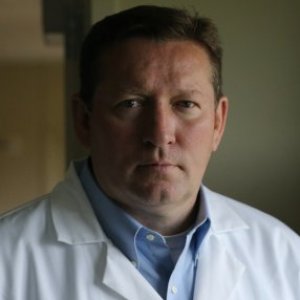 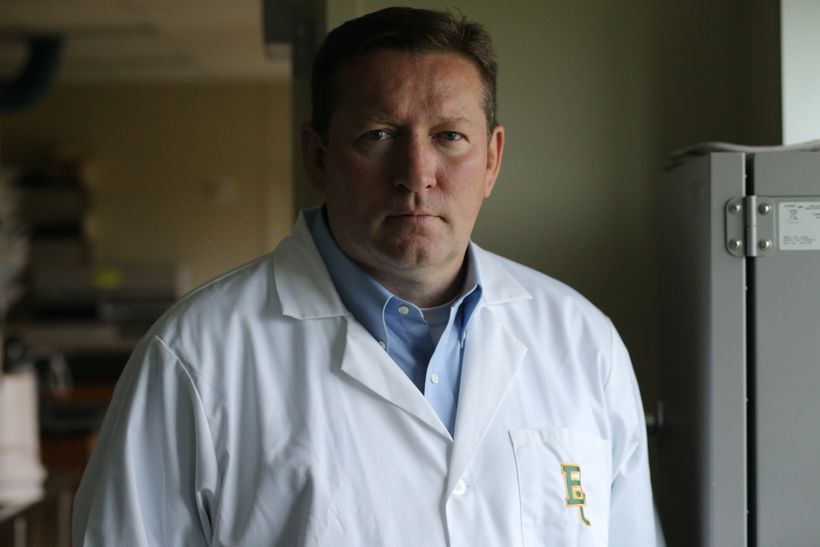 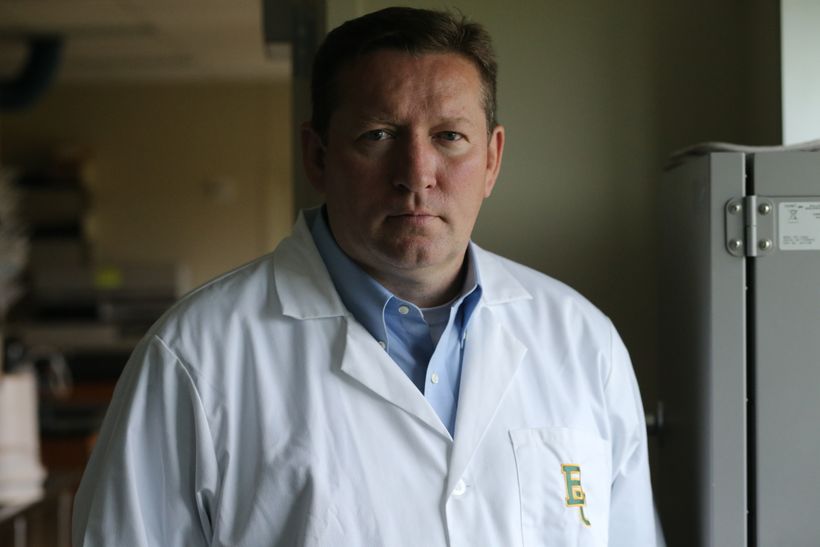 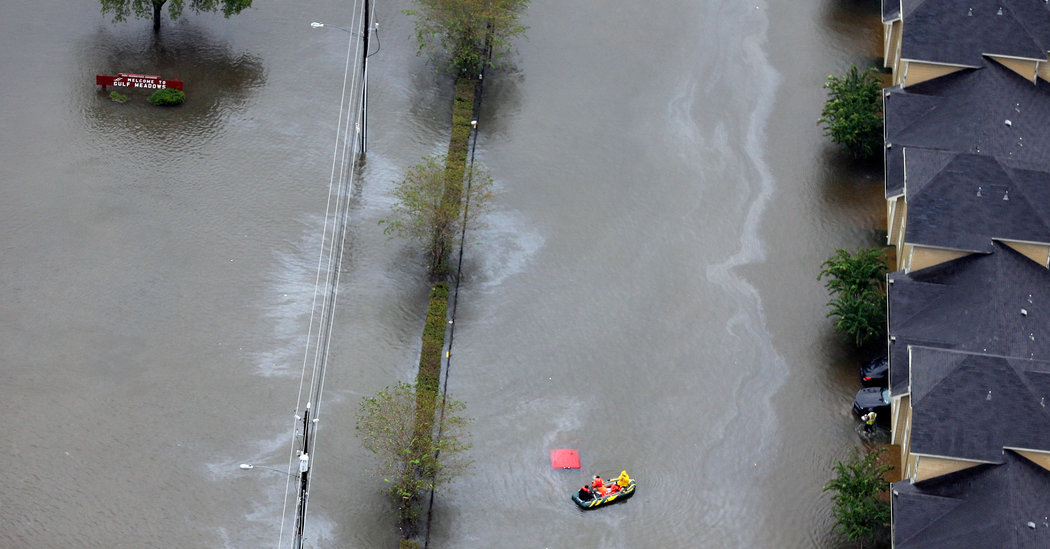 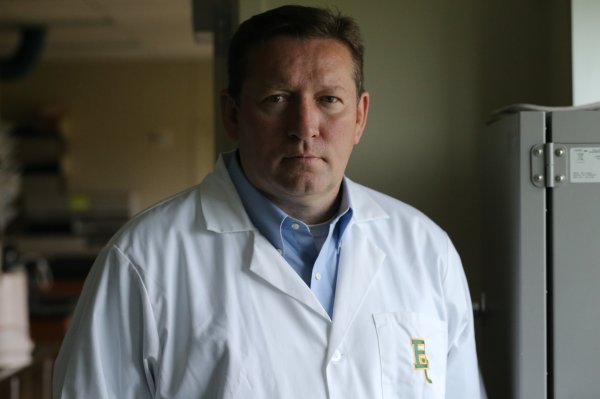 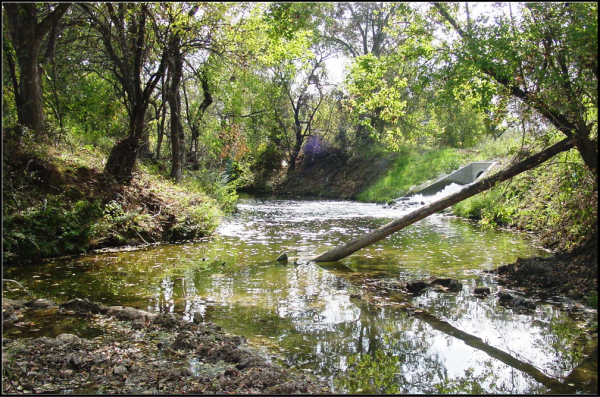 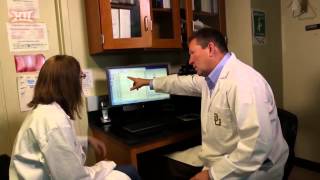 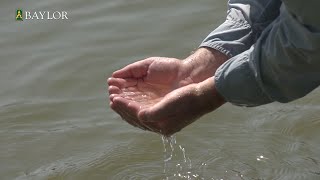 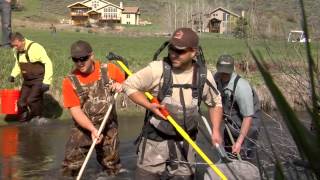 Society of Environmental Toxicology and Chemistry 2016

Fulbright Visiting Research Chair in Water and the Environment (professional)

Baylor environmental scientist Bryan Brooks, Ph.D., is among the collaborative partners of the Global Estuaries Monitoring (GEM) Programme, which will collect and study environmental pollutants in the estuaries of major cities around the globe to formulate a long-term policy of promoting clean estuaries. The State Key Laboratory of Marine Pollution at City University of Hong Kong has been endorsed by the United Nations to initiate the 10-year initiative.

With more than a quarter of environmental health professionals expected to retire in five years, a national effort is needed to advance the delivery of environmental public health services and protect the health of the U.S. population, according to study led by Baylor environmental scientist Bryan W. Brooks, Ph.D., and national health partners.

Baylor environmental scientist Bryan W. Brooks, Ph.D., led a study with national health partners, whose findings are a “clarion call” to advance the delivery of environmental public health services and protect the health of the U.S. population. The Global Public Health Intelligence Network is a public health early warning system and part of the World Health Organizations Global Outbreak Alert and Response Network.

Fish exposed to fluoxetine remained stationary (called “freezing”) for longer and spent more time under plant cover. Both freezing and heading to plant cover are anti-predator behaviors for fish and are crucial to their survival. “There is no doubt those are environmentally relevant treatment levels, and there’s no doubt there are changes in behavior,” said Bryan Brooks, a professor of environmental science at Baylor University who was not involved in the study.

Lessons learned from fish on Prozac

By 2050, 70 percent of the world’s population will live in cities, according to the UN. Bryan Brooks’ work focuses on what can be done to ensure clean, sustainable water resources in urban environments and ecosystems. He was also behind ground-breaking research that antidepressants in waterways can cause certain fish to become anxious, anti-social and even homicidal.

“Though we often think of the Big 12 Conference in terms of intercollegiate athletics, robust and complementary expertise exists across the Big 12 universities in many disciplines,” said Bryan W. Brooks, Ph.D., professor of environmental science and biomedical studies and Big 12 Water Conference steering committee member. “Many parts of the world face significant challenges for sustaining the quantity and quality of water supplies. This timely conference brings together experts from each university to examine transdisciplinary water issues, and to facilitate cooperation and collaboration on critical challenges and opportunities for clean water.”

Harmful algal blooms (HABs) occur naturally, but their outbreaks are influenced by climate change and droughts, nutrient enrichment and manmade factors, such as contaminants from sewage and stormwater discharge, natural resource extraction and agricultural runoff. HABs represent another challenge to water quality and are of increasing concern to scientists. Bryan W. Brooks, Ph.D., professor of environmental science and biomedical studies in Baylor University's College of Arts & Sciences and director of the environmental science graduate program and the environmental health science program, is working to understand and address issues caused by HABs.

CDC, the National Environmental Health Association (NEHA), and Baylor University are working together on an initiative to assess workforce and practice needs of environmental health (EH) professionals in health departments.

Instream flows of the rapidly urbanizing watersheds and estuaries of the Gulf of Mexico in Texas (USA) are increasingly dominated by reclaimed waters. Though ionizable pharmaceuticals have received increasing attention in freshwaters, many research questions remain unanswered, particularly in tidally influenced urban coastal systems, which experience significant spatiotemporal variability in pH that influences bioavailability and bioaccumulation. The authors coupled fish plasma modeling of therapeutic hazard values with field monitoring of water chemistry variability and pharmaceutical occurrence to examine whether therapeutic hazards to fish existed within these urban coastal ecosystems and whether therapeutic hazards differed within and among coastal locations and seasons. Spatial and temporal fluctuations in pH within study sites altered the probability of encountering pharmaceutical hazards to fish. Significant water quality differences were consistently observed among traditional parameters and pharmaceuticals collected from surface and bottom waters, which are rarely sampled during routine surface water quality assessments. The authors then compared modeling predictions of fish plasma concentrations of pharmaceuticals to measured plasma levels from various field-collected fish species. Diphenhydramine and diltiazem were observed in plasma of multiple species, and diltiazem exceeded human therapeutic doses in largemouth bass, catfish, and mullet inhabiting these urban estuaries. Though the present study only examined a small number of target analytes, which represent a microcosm of the exposome of these fish, coastal systems are anticipated to be more strongly influenced by continued urbanization, altered instream flows, and population growth in the future. Unfortunately, aquatic toxicology information for diltiazem and many other pharmaceuticals is not available for marine and estuarine organisms, but such field observations suggest that potential adverse outcomes should be examined.

Global scanning of antihistamines in the environment: Analysis of occurrence and hazards in aquatic systems.

Concentration of the global population is increasingly occurring in megacities and other developing regions, where access to medicines is increasing more rapidly than waste management systems are implemented. Because freshwater and coastal systems are influenced by wastewater effluent discharges of differential quality, exposures in aquatic systems must be considered. Here, we performed a global scanning assessment of antihistamines (AHs), a common class of medicines, in surface waters and effluents. Antihistamines were identified, literature occurrence and ecotoxicology data on AHs collated, therapeutic hazard values (THVs) calculated, and environmental exposure distributions (EEDs) of AHs compared to ecotoxicity thresholds and drug specific THVs to estimate hazards in surface waters and effluents. Literature searches of 62 different AHs in environmental matrices identified 111 unique occurrence publications of 24 specific AHs, largely from Asia-Pacific, Europe, and North America. However, the majority of surface water (63%) and effluent (85%) observations were from Europe and North America, which highlights relatively limited information from many regions, including developing countries and rapidly urbanizing areas in Africa, Latin America and Asia. Less than 10% of all observations were for estuarine or marine systems, though the majority of human populations reside close to coastal habitats. EED 5th and 95th centiles for all AHs were 2 and 212 ng/L in surface water, 5 and 1308 ng/L in effluent and 6 and 4287 ng/L in influent, respectively. Unfortunately, global hazards and risks of AHs to non-target species remain poorly understood. However, loratadine observations in surface waters exceeded a THV without an uncertainty factor 40% of the time, indicating future research is needed to understand aquatic toxicology, hazards and risks associated with this AH. This unique global scanning study further illustrates the utility of global assessments of pharmaceuticals and other contaminants to identify chemicals requiring toxicology study and regions where environmental monitoring, assessment and management efforts appear limited and necessary.

In this Focus article, the authors ask a seemingly simple question: Are harmful algal blooms (HABs) becoming the greatest inland water quality threat to public health and aquatic ecosystems? When HAB events require restrictions on fisheries, recreation, and drinking water uses of inland water bodies significant economic consequences result. Unfortunately, the magnitude, frequency, and duration of HABs in inland waters are poorly understood across spatiotemporal scales and differentially engaged among states, tribes, and territories. Harmful algal bloom impacts are not as predictable as those from conventional chemical contaminants, for which water quality assessment and management programs were primarily developed, because interactions among multiple natural and anthropogenic factors determine the likelihood and severity to which a HAB will occur in a specific water body. These forcing factors can also affect toxin production. Beyond site-specific water quality degradation caused directly by HABs, the presence of HAB toxins can negatively influence routine surface water quality monitoring, assessment, and management practices. Harmful algal blooms present significant challenges for achieving water quality protection and restoration goals when these toxins confound interpretation of monitoring results and environmental quality standards implementation efforts for other chemicals and stressors. Whether HABs presently represent the greatest threat to inland water quality is debatable, though in inland waters of developed countries they typically cause more severe acute impacts to environmental quality than conventional chemical contamination events. The authors identify several timely research needs. Environmental toxicology, environmental chemistry, and risk-assessment expertise must interface with ecologists, engineers, and public health practitioners to engage the complexities of HAB assessment and management, to address the forcing factors for HAB formation, and to reduce the threats posed to inland surface water quality.

Current status and future challenges in the molecular design for reduced hazard.

Synthetic chemicals and materials are the basis of our society and our economy. Yet, in spite of all the advances in toxicology that have helped us understand and even predict toxicity associated with industrial chemicals, fundamental scientific questions crucial to the development of safer chemicals are left unanswered. Alternative strategies, such as in silico toxicity predictions, are considered the next frontier in molecular design for reduced hazard; however, such strategies are still not sufficiently developed to meet existing needs. Design strategies need to incorporate information and data at the nexus of multiple disciplines. Critically, there is a need for the incorporation of toxicology into the design phase of the molecular design process. In this Feature, we discuss the current status and future challenges in molecular design for reduced hazard.