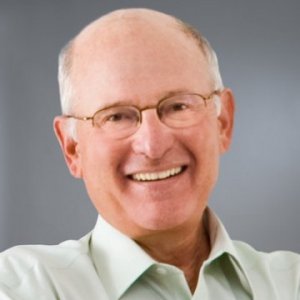 Professor of the Practice, Department of Economics & University Entrepreneur in Residence, The Shuford Program in Entrepreneurship, College of Arts and Sciences | UNC-Chapel Hill 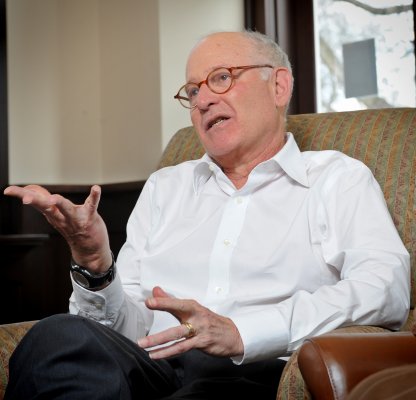 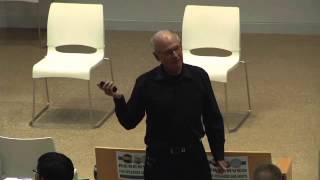 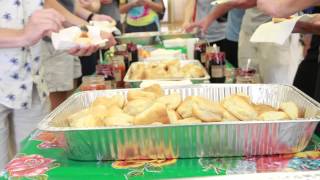 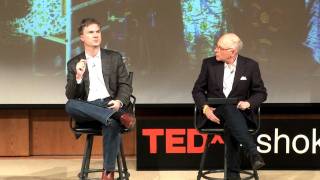 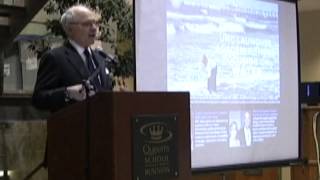 Buck Goldstein is the University Entrepreneur in Residence and Professor of the Practice in the Department of Economics at the University of North Carolina at Chapel Hill. Goldstein joined the University faculty in 2004 to help build The Carolina Entrepreneurial Initiative, a multi-year, multi-million-dollar project to make entrepreneurship, broadly defined, part of the intellectual fabric of the campus. The UNC entrepreneurship curriculum has been named by a variety of national publications as among the nation’s best. In 2010, he co-authored, with Holden Thorp, Engines of Innovation—The Entrepreneurial University in the 21st Century, making the case for the pivotal role of research universities as agents of societal change. He and Thorp’s new book, Our Higher Calling—Rebuilding the Partnership between American and its Colleges and Universities was published by UNC Press in September 2018.

Goldstein has been involved in entrepreneurship most of his professional life. He is the co-founder of Information America, an online information business that evolved over a 15 year period from start-up through venture financing to public company before it was ultimately acquired by the Thomson Corporation. He later founded NetWorth Partners, a venture capital fund focusing on information-based enterprises with Mellon Ventures as its largest investor and subsequently became a partner in Mellon Ventures, the venture capital arm of Mellon Bank where he served on the Board of Directors of numerous early stage information companies.

Goldstein serves as an advisor to Medfusion, a Raleigh, North Carolina based medical information technology company. He also serves on the Think Tank for the Dean of the College of Arts and Sciences at UNC and on the board of the Institute of Arts and Humanities at UNC. He previously served as a Board Observer for iContact, an email marketing company based in the Research Triangle Park until its acquisition by Vocus in 2012 and as an advisor to Liquidia, a nano-technology company founded in the UNC chemistry department.
Goldstein was named Entrepreneur of the Year by the Information Industry Association and Information America appeared numerous times on the Inc 500 list of fastest growing companies. He is a Phi Beta Kappa graduate of the University of North Carolina and an honors graduate of its law school. He lives with his wife Kay in Chapel Hill, North Carolina.

1991
Awarded to Professor Goldstein by the Information Industry Association and Information America.

Professor Goldstein has been featured on Inc 500 list of rapidly growing businesses on several separate occasions.

Served on the Editorial Board of the UNC Law Review.

Graduated with honors; elected to Phi Beta Kappa and the Order of the Golden Fleece.

Is The Partnership Between American Universities And The Public Broken?

Former University of North Carolina at Chapel Hill chancellor Holden Thorp along with UNC-Chapel Hill professor Buck Goldstein think that partnership between American colleges and the public is experiencing fundamental flaws. They point to what they say are unsustainable costs of running the schools and high burden on students for tuition costs as signs of that breakdown.

Exploding MOOC Myths -- What We've Learned Half Way Through

Holden Thorp and I are half way through our MOOC, What's Your Big Idea? By MOOC standards our enrollment is modest (34,000) but the level of engagement is relatively high-over 7,000 students have taken the end of module exams, and many others are working on projects to be presented at the end of the course...

Innovation Economics: The Pie Must Get Bigger

If you work long enough, even in high growth businesses or organizations, the inevitable bump in the road comes along, and sometimes that bump is more like a pot-hole or a ditch. When the pie is getting smaller, no one is happy. This axiom applies equally to companies, institutions, governments and world economies, and the ultimate remedy is almost always the same as well...

Buck Goldstein and Holden Thorp on student entrepreneurship and lasting change: "[s]tudents are eager to learn and apply basic economic and strategic principles to the most important issues facing the planet."

Buck Goldstein on Broadening the definition of entrepreneurship, and more

ABSTRACT: Nothing about these three events is particularly unique and by themselves they are merely isolated experiences. Multiplied across millions of consumers they suggest fundamental changes are taking place in the nature of what those in the business have referred to as “content” ever since Bill Gates’ famous essay, Content is King...

The Entrepreneurial University Inside Higher Ed

ABSTRACT: What is an entrepreneurial university, and how does it address the worldís biggest problems? It is a question that weíve been asked regularly the last few months in the run-up to the recent publication of our book, Engines of Innovation: The Entrepreneurial University in the 21st Century (University of North Carolina Press)...