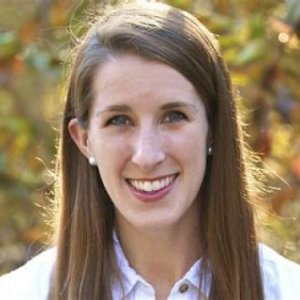 
Expert in adolescent development in the juvenile justice system.

Caitlin Cavanagh's research focuses on the law, and how social contexts shape adolescent behavior. A developmental psychologist by training, she is particularly interested in the dynamic parent-child relationship. Her program of research seeks to produce developmentally sound research that can improve how the juvenile justice system interfaces with youth and their families.

“Mothers who were a part of this study had uniformly high aspirations for their sons — as in, what they hope and dream that their sons will achieve,” said Dr. Caitlin Cavanagh, assistant professor of criminal justice at Michigan State University (MSU). “What changed, however, were their expectations of the feasibility of those achievements.”...

“Mothers who were a part of this study had uniformly high aspirations for their sons – as in, what they hope and dream that their sons will achieve,” said Caitlin Cavanagh, assistant professor of criminal justice at MSU. “What changed, however, were their expectations of the feasibility of those achievements.”...

Those are the findings of a first-of-its-kind study led by a Michigan State University criminologist that suggests a dire need for more legal education for parents of juvenile offenders. Caitlin Cavanagh likens it to parents supporting their children in school – that’s only really possible if they know what their kids are studying, their homework and exam schedules, and so on. “Just as there are ways for parents to help in academic contexts, there are ways for parents to help in the legal contexts, insomuch that they know what to do,” said Cavanagh, assistant professor in MSU’s School of Criminal Justice. “Our results point to some pretty clear implications, which is that we need to educate parents about the juvenile justice system – about their rights, roles and responsibilities.”...

Comparing the stability of psychopathy scores in adolescents versus adults: How often is “fledgling psychopathy” misdiagnosed?

2016 Can psychopathy be identified as accurately during adolescence as adulthood? To address this developmental question, this study compared the stability of scores on the leading measure of psychopathy, the Psychopathy Checklist (PCL), among 202 adolescent (M = 15.8 years, SD = 0.89) and 134 adult (M = 27.5, SD = 1.08) offenders. Over a 2-year period, adolescents’ total scores on the PCL (r = .33) were less stable than those of adults (r = .71). Adolescents’ baseline PCL scores also weakly predicted psychopathy classifications 2 years later (AUC = .62), particularly compared with those of adults (AUC = .85). Finally, increases in psychosocial maturity over time predicted decreases in PCL scores for adolescents, but not adults. These results raise questions about reliance upon psychopathy measures to inform decisions about youthful offenders that will have long-term consequences.

2015 Negative attitudes toward the justice system are associated with higher rates of reoffending, but there is little information about how these negative attitudes are formed among youth. Despite the well-documented link between parents’ and children’s attitudes in other domains, no research has explored how parents’ attitudes toward the justice system may be associated with youth attitudes. The relation between youth and mother justice system legitimacy attitudes, and the effect these attitudes have on juvenile offenders’ reoffending behavior, was examined using structural equation modeling. Mothers and their sons (N = 315 pairs, 630 total) were interviewed after the son’s first arrest and again 12 months later. Results indicate that sons’ attitudes (directly) and mothers’ attitudes (indirectly) predicted increased youth self-reported reoffending 12 months after the first offense. Furthermore, mothers’ attitudes indirectly predicted youth official rearrests 12 months after the first offense. No racial differences were found. These findings provide evidence that mothers socialize youth attitudes toward the justice system, and suggest that family context may influence youth probationary success. When designing both legislation and interventions, practitioners and policymakers must keep in mind the broader family context in which youth offenders are embedded.

Does Mother Know Best? Adolescent and Mother Reports of Impulsivity and Subsequent Delinquency

Journal of Youth and Adolescence