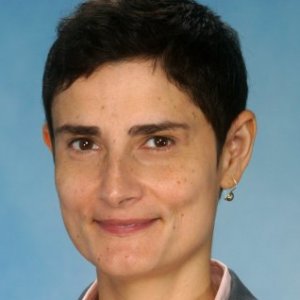 
Camelia Kuhnen is an expert in neuroeconomics, behavioral finance and corporate finance. 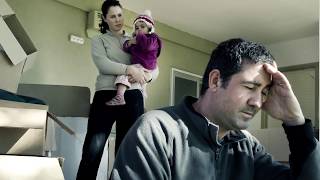 Camelia Kuhnen is an expert in neuroeconomics, behavioral finance and corporate finance. Her work has an interdisciplinary nature, with the over-arching theme of trying to understand how people make financial and economic choices that concern them as individuals or as decision makers in firms.

Her dual training in finance and neuroscience led her to conduct pioneering research in the new field of neuroeconomics. In this work Dr. Kuhnen has studied the micro-foundations of financial decision making by investigating the brain and genetic mechanisms responsible for learning and risk taking in financial markets.

In her corporate finance work, Dr. Kuhnen has analyzed issues at the intersection of behavioral and organizational economics. She has studied how firms select and incentivize employees and has demonstrated the importance of social connections and social comparisons for these processes.

Top neuroscience, finance and management journals have published her work, which has attracted significant media coverage and public interest.

Now her work has been recognized with her election to two roles. She is president of the Society for Neuroeconomics and a faculty research fellow at the National Bureau of Economic Research (NBER).

Elected president of the Society for Neuroeconomics

The most outstanding business professors under the age of 40 are featured by Poets & Quants.

Winner of the Weatherspoon Award for Excellence in MBA Teaching

How bear markets attack your mind as well as your money

She has found from her research that investors actually learn differently (assimilate information and draw conclusions) when they experience a loss rather than a gain. Because of this asymmetry, she told me in an interview, investors have what she calls a “pessimism bias” — an overly pessimistic view about investments.

For the Best Financial Advice, Ask Somebody as Uninformed as You

If more people are financially literate, they can learn from each other when new information about the economy comes out, since they are all starting from similar places in terms of financial knowledge, says Dr. Kuhnen, who specializes in neuroeconomics. This suggests, she says, that large gaps in financial knowledge may, in effect, be harmful to the economy.

Stock Market's Sudden Correction Might Not Impact Most Americans

GLINTON: Camelia Kuhnen of the University of North Carolina is an expert in neuroeconomics. She studies what's happening in our brain when we make financial decisions. Kuhnen says if you do pay attention, this is probably the worst time to be making financial decisions, when you're hearing bad news...

The most outstanding business school professors under the age of 40 are celebrated.

A separate 2012 study by Camelia Kuhnen, associate finance professor also at the University of North Carolina, found that people with variants of the COMT gene are better able to learn financial information. Meanwhile, the Center for Neuroeconomics Studies in Los Angeles linked COMT to the success of Wall Street traders...

Camelia Kuhnen arrived in Boston from Romania in 1997. She was an 18-year-old aspiring doctor with two suitcases and a scholarship to MIT. America was not quite what she expected. “I was very curious to see that America did not look like it does in the movies. Boston is very different from Dallas – and I say Dallas because the TV show ‘Dallas’ was super popular in Eastern Europe after the communist regime fell. So we all assumed that America was just like Dallas,” she says...

"Designer labels 60% off!" and yet somehow they're still making a killing. Camelia Kuhnen, behavioral economist at the University of North Carolina, says promotions like this are targeting our brain's reward center. They create a "happy-frenzied state" enticing us to make impulsive purchases that deliver immediate satisfaction...

Do Genetics Influence Your Credit Score?

To understand how genes could sway our decisions, I asked a neuroeconomist. Neuroeconomics is an emerging and interdisciplinary field in which brain scans and other technologies are used to understand how we make financial decisions. Brian Knutson, a neuroeconomist at Stanford University, explained a study that he conducted with two colleagues, Camelia Kuhnen and Gregory Samanez-Larkin, on the link between our genes, financial decisions and even life outcomes...

The goal of this course is to introduce students to the concepts and techniques necessary to implement optimal investment decisions by firms and investors. The course studies the effect of time and uncertainty on financial decision making. Topics include discounting techniques, applications to personal finance, bonds, stocks and options valuation, optimal portfolios, project valuation and capital budgeting.

2015 ABSTRACT: This study asks whether investors learn differently from gains versus losses. I find experimental evidence that indicates that being in the negative domain leads individuals to form overly pessimistic beliefs about available investment options. This pessimism bias is driven by people reacting more to low outcomes in the negative domain relative to the positive domain...

2009 ABSTRACT: Individuals vary in their willingness to take financial risks. Here we show that variants of two genes that regulate dopamine and serotonin neurotransmission and have been previously linked to emotional behavior, anxiety and addiction (5-HTTLPR and ...

2009 ABSTRACT: Business connections can mitigate agency conflicts by facilitating efficient information transfers, but can also be channels for inefficient favoritism. I analyze these two effects in the mutual fund industry and find that fund directors and advisory firms that ...

2005 ABSTRACT: Investors systematically deviate from rationality when making financial decisions, yet the mechanisms responsible for these deviations have not been identified. Using event-related fMRI, we examined whether anticipatory neural activity would predict optimal and ...