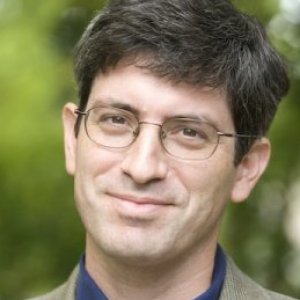 Columnist at The New York Times

Each week I write the "Matter" column for the New York Times, reporting from the frontiers of science. My work also appears regularly in magazines such as National Geographic, Wired, and Scientific American. My blog, the Loom, is hosted by National Geographic. In 1998 I published my first book; I've written a dozen so far, including two textbooks about evolution (one for biology majors, the other for non-majors).

I speak frequently at conferences, universities, and other venues about what's coming next in biology and biotechnology. I've appeared in TEDx, TEDYouth, and TED-Ed talks. In addition, I regularly appear on radio shows such as "Radiolab."

I'm also a lecturer at Yale, where I have taught science writing since 2009. I have received awards for my work from the National Academy of Sciences and the American Association for Science Writing.

Award for the best science journalism in large newspapers, for my work in the New York Times

Award for the best science journalism in large newspapers, for my work in the New York Times

An award from the National Academies for excellence in science writing

Award for best online science journalism, for my blog The Loom

Ebola and Company: How Can We Survive on a Planet of Viruses?

The 2014 Ebola outbreak in West Africa has inspired fear and confusion across the planet. But scientists are uncovering the astonishing secrets of viruses that let them hold sway over humanity—as well as other species. Viruses do more than just kill, however. They’re evolution’s engine, helping to shape life itself over billions of years. By understanding viruses, we can do more than just rein in diseases like Ebola. We can also harness viruses to build nanomaterials, bring harmony to our micorbiomes, and rewrite our own DNA.