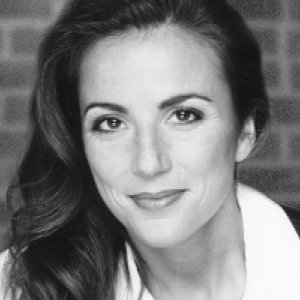 Carla Cesaroni, PhD, is an Associate Professor and Assistant Dean of Graduate Studies in the Faculty of Social Science and Humanities at the University of Ontario Institute of Technology (UOIT). Since joining UOIT in 2005, she has held the positions of Graduate Program director, associate professor and assistant professor. Additionally, she maintains an adjunct faculty position in the Department of Applied Psychology and Human Development at the University of Toronto (U of T), as well as associate researcher in the Scottish Centre for Crime & Justice Research at the University of Glasgow/Edinburgh, Scotland.

A revered international authority on youth justice, Dr. Cesaroni is frequently called upon to provide credible testimony within the public court system, and to give expert counsel to key policy makers and stakeholder groups including the Policy Implementation Directorate Programs Branch of the Department of Justice Canada, and the Office of the Provincial Advocate for Children and Youth Ontario. Published reports on her recommendations in the high-profile Ashley Smith Inquest; and on the Use of Segregated Isolation of Youth in Custody in the Province of Ontario in 2012 are playing an important role in shaping legislation in Canada’s Justice System.

She credits her incredible mentor Dr. Tony Doob at U of T’s Centre of Criminology and one of the world’s most cited scholars as her inspiration for pursuing her path in research and demonstrating what a great teacher can do for students. She began her distinguished career in 2002 as a lecturer in the Department of Criminology at the University of Toronto, and the Department of Sociology at Queen’s University.

Dr. Cesaroni is a member of the American Society of Criminology, American Psychology and Law Society, and the Society for Research on Adolescence.

At the request of the Office of the Provincial Advocate for Children and Youth, on November 12, 2013, Dr. Cesaroni appeared as an expert witness at the Ontario coroner’s inquest into the death of Ashley Smith, a 19-year-old woman who died in 2007 in a segregation cell. Among the 104 recommendations handed down by the jury, many of Dr. Cesaroni’s recommendations were affirmed. A report she co-authored on the inquest is available at www.provincialadvocate.on.ca.

Dr. Cesaroni teaches undergraduate and graduate courses in Punishment and Society, The Prison Experience, and Youth Crime and Violence. She has received numerous teaching and research awards at UOIT including a prestigious Social Sciences and Humanities Research Council Award in 2010, the second such award of her career.

Since 2009, Dr. Cesaroni has lent her expertise to FERN, a not-for-profit, professional and family driven resource and education centre located in York Region, Ontario. FERN is dedicated to providing support, materials, knowledge and guidance to families and educators.

The Adjustment of Incarcerated Young Adults (18 – 21) in Adult Facilites

Policing Cyber-bullying: What does the Public Think?

Understanding the Adjustment of Incarcerated Boys and Girls: The Importance of Institutional Culture

The Intersection of Race, Class and Gender: Aboriginal Girls in Pre-Trial Detention

The Experiences of Adolescent Males in Secure Detention

Youths’ Perception of Rights and Fair Treatment in Detention

A Comparative Studt of Incarcerated Young Adults in Scotland and Canada

A four-year, cross-national study of incarcerated young adults between 18 and 24 years of age in Scotland and Canada.

Program Director for a series of 12 modules on various aspects of working with high risk, justice involved youth including the history of youth justice in Canada, ethical issues, consent and confidentiality, assessment, mental health issues and addictions, evaluation of programming.

Office of the Provincial Advocate for Children and Youth $12515

Principal investigator for research outlining the adjustment issues of incarcerated young people including the impact of segregation.

Principal investigator for a research summary of the most recent work on interventions for violent youth, in particular youth involved in homicides.

The Use of Segregation on Incarcerated Youth

Office of the Provincial Advocate for Children and Youth $5500

Consultant on the research literature and data available on the use of isolated segregation, and the impact segregation has on incarcerated youth.

This paper, Depictions of Youth Homicide: Films Set in Rural Environments, reviews portrayals of youth homicide within six films that are set in rural environs. It examines depictions concerning the environment or setting of the film, including how media may explore notions of formal and informal social control as a means by which to explain some aspects of rural crime.

This article explores one key aspect of staff/prisoner relations—the role of fairness—as a predictor of young people’s adjustment to pre-trial detention. Participants were one hundred thirty-seven 13- to 19-year-old youth held in one of five secure youth detention centers in southern Ontario, Canada.

In the compelling second edition of Diversity, Crime, and Justice in Canada, hate-crime specialist Barbara Perry brings together 17 of the country's leading scholars to address issues of inequality as they intersect with crime and social justice. Through a balance of theoretical and practical discussions, students will discover how collective identities-not just of race, class, and gender, but of religion, ability, sexuality, and age-play a crucial part in determining the nature of an individual's encounter with the criminal justice system.

The Self and the ‘Selfie’: Cyberbullying Theory and the Structure of Late Modernity Contemporary Perspectives in Family Research

This paper addresses the lack of conceptual and theoretical consensus around cyberbullying and problems associated with overreliance on mainstream criminological thinking to explain this phenomenon.

In this article, we discuss key findings from research that focuses on the experiences and adjustment of youth in custody and pre-trial detention. Problems with the overuse of segregation for both adolescents and young adults are debated. Complemented by theory and research on emerging adulthood – the developmental period following adolescence – we highlight the need for attention to the experiences of young adults in prison.

Current concerns around cyberbullying emphasize child-victims and have prompted calls for understanding and reaction to an alleged new type of child-offender. Though there is little doubt that cyberbullying is a phenomenon with potential for real harm, there remain a number of critical gaps in the cyberbullying literature. This article has two primary goals: a) to confront some methodological issues surrounding the study of cyberbullying; and b) to draw attention to the potential of established criminological theories of delinquency for explaining cyberbullying. *This article was featured in Anderson Cooper’s CNN Special: The Bully Effect in March, 2013.