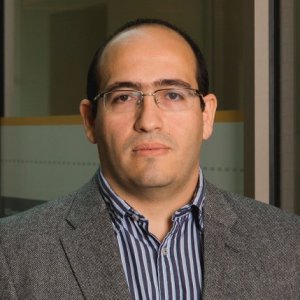 
Professor Castano specializes in tailoring surface properties of materials for applications in energy, transportation, and manufacturing. 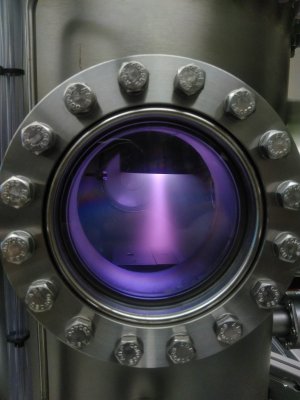 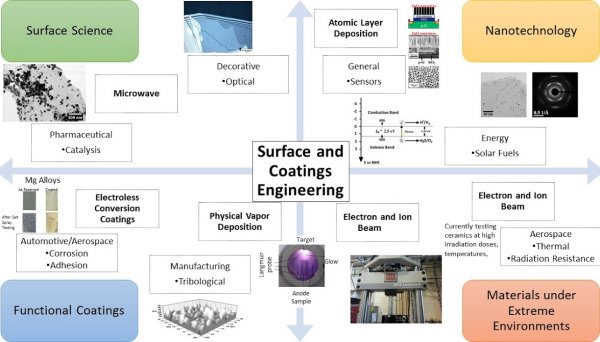 The evolution of microstructure and chemistry was studied for AZ31 Mg alloy substrates after grinding, acid cleaning, alkaline cleaning, cerium-based conversion coating (CeCC) deposition, and phosphate post-treatment. Grinding provided a homogeneous surface with comparable amounts of oxides and hydroxides species. After acid treatment, this layer was ~ 90 nm thick, predominantly composed of oxide species (~ 85 at.%), and Mg deficient compared to the alloy chemistry. Treatment in an alkaline solution selectively removed Al species and produced a porous hydroxide layer. Immersion of the substrate in a cerium solution resulted in spontaneous deposition of a CeCC. Analysis revealed that the as-deposited CeCC contained more than 60 at.% Ce(IV) species with nodular CeO2 nanocrystals embedded in an amorphous Ce(III)-rich matrix. After post-treatment in a phosphate solution, the coating was transformed into a dense, homogenous layer with fewer cracks than the as-deposited CeCC and the content of Ce(IV) species decreased to ~ 50 at.%. The post-treated CeCC had a nodular morphology and contained a mixture of CeO2/CePO4•H2O nanocrystal species embedded in an amorphous matrix. Electrochemical results of as-deposited and post-treated CeCCs indicated an increase of ~ 4 × in the corrosion resistance compared to ground uncoated AZ31 Mg alloys in a 0.05 M NaCl electrolyte. However, the impedance spectra of the CeCCs at low frequencies showed that post-treated coatings not only have higher impedance but may also act as a barrier for active corrosion species. In general, each of the five processing steps had functionalized the surface of the AZ31 Mg alloy by reducing active cathodic sites, modifying the chemistry, changing the structure or forming protective layers. Understanding the coating evolution has provided insights on the surface preparation of Mg alloys and a basis for studying the response and evolution of these coatings after exposure to corrosive and ambient environments.