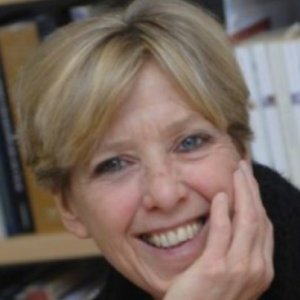 Carol Rutter is an expert in Shakespeare, performance studies, and the history of the early modern stage.

Shakespeare and the Law

Children on the Early Modern Stage

Her Heart Upon Her Sleeve

Carol Rutter originates from California, her ex-husband from Hull, and they share a passionate belief that a regional accent should be no bar to playing the Bard. "How is it possible to take his works into schools and say 'he belongs to everybody' and then add, 'except you, darling, because you come from Dudley'?" the English professor asks, rhetorically. Henry, she says, is a "big man and a big performer". At the workshop, "he was very generous to the students while, at the same time, interested in learning as much as he could by being curious and willing to examine himself"...

The ‘lawe of nations’: how diplomatic immunity protected an Elizabethan assassin

2018 A foreign state sponsors a political assassination on English soil. The attempt fails. In its aftermath, Her Majesty’s government asks her expert advisers what is the appropriate level of response and what action should be taken against murderous foreign agents and state-sponsored terrorism. Sound familiar? It should. These are questions the UK government has asked time and time again when dealing with hostile foreign agents operating on British soil – most recently following the attempted murder of former Russian spy, Sergei Skripal and his daughter.

Playing with Boys on Middleton’s Stage – and Ours

The Oxford Handbook of Thomas Middleton

2012 This article sets aside Middleton's first boy players to think about his latest, offering a case study in performance that begins by remembering an experiment in boys becoming women, and then focuses on an ensemble of boys playing A Mad World, My Masters. It considers the attraction of Middleton for youth today: the way he rubs up their young lives; the friction he sets up between their adolescence and his works. Fed in school on a standard educational diet of William Shakespeare, boys messing around with Middleton – scurrilous punster, dirty joker – can gorge on toothsome junk food that satisfies appetites Shakespeare never reaches.