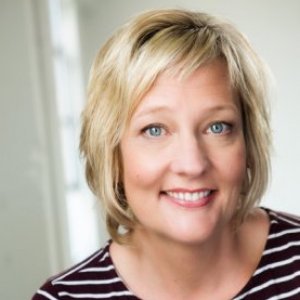 Carolyn Almos is an actress, playwright and producer. The majority of her work has been in live theatre, though she has performed in film, television and several commercials as well.

In 2017, Carolyn had many accomplishments as a playwright, actress and producer. In the spring, Carolyn originated the role of Judith in the world-premiere of Jonathan Ceniceroz's "The Cruise" for the Latino Theatre Company at Los Angeles Theatre Center. In the summer, Carolyn co-wrote, co-produced and performed in "Easy Targets" for her own company Burglars of Hamm at the Hollywood Fringe. "Easy Targets" is a satire of one-person shows in which the audience is invited to throw socks at the performers. This production won Best Comedy of the Fringe and Carolyn was awarded the Tracey Collins Funny Girl Award for Outstanding Female Comedic Performance in the Fringe. And in the fall, Samuel French published a musical she co-wrote, "The Behavior of Broadus".

Burglars of Hamm is a four-person Los Angeles theater company that has been writing and performing original satires since 1998, including "The Behavior of Broadus" (Center Theatre Group Commission), "Land of the Tigers", "Easy Targets", "Party Show", "Resa Fantastiskt Mystisk" and "Focus Today." The Burglars have been called "LA's goofiest social satirists" (Los Angeles Times) and "The Talking Heads of LA theatre - arch, geeky, highbrow and hip" (LA Stage Magazine)

Carolyn holds a BA from Whitman College and an MFA from California Institute of the Arts, and is currently on the theater faculty of Loyola Marymount University, El Camino College and Cal State Northridge.