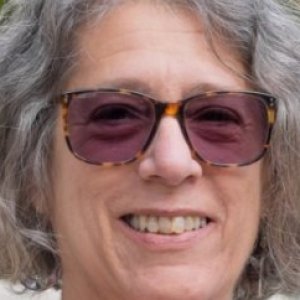 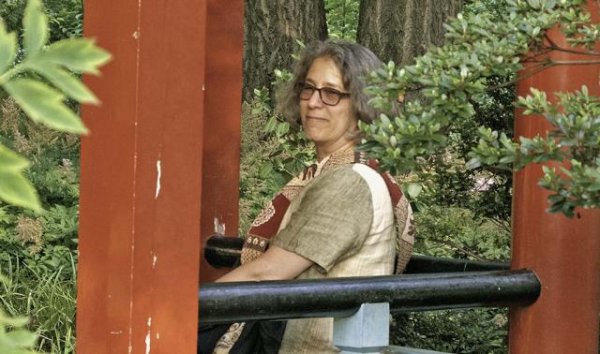 Carolyn Loeb is an art and architectural historian interested in art’s complex and multi-voiced (and sometimes zany) dialogue with social realities. She joined the MSU's Residential College of Arts and Humanities after teaching for many years in the art department at Central Michigan University, where her courses focused on modern and contemporary art, women and art, and modern architecture. In 1994 she taught in the Midwest Consortium for Study Abroad’s Vienna Program, where the city itself was the classroom. Carolyn’s research focuses on themes in architectural history. Her interest in housing is reflected in Entrepreneurial Vernacular: Developers’ Subdivisions in the 1920s (Johns Hopkins Press, 2001) as well as in work on the municipal housing of Red Vienna. Recently she has been studying aspects of redevelopment in reunified Berlin. She has written on housing in East Berlin, planning decisions in the zone where the Wall formerly stood, redevelopment’s theoretical and historical underpinnings, and the relationship of contemporary public sculpture in Berlin to urban history, public space, memory, and redevelopment.

U.S. and European Art and Architecture

‘The Local Scene’ on display at MSU

LookOut! Gallery, part of Michigan State University’s Residential College in Arts and Humanities, has a new exhibit, “The Local Scene.” The idea is to highlight Lansing photographers, painters, illustrators, sculptors — you name it — all of which were handpicked by RCAH’s faculty.

Carolyn Loeb is an associate professor of art and architectural history and associate dean in the Residential College in the Arts and Humanities. She taught a summer course at Lingnan University through the auspices of MSU’s Office of the Associate Provost for University Outreach and Engagement. Lingnan University is a relatively new, small, liberal arts university in Hong Kong, though its roots lie in pre-revolutionary Guangzhou, China.

West Berlin Walls: Public Art and the Right to the City

2014 During the fifteen-year period before the fall of the Berlin Wall, roughly 250 murals were painted in West Berlin. The initiative for their creation often came from local residents in the neighborhoods where the murals were located. There was a range of skill levels and various involvements by local government, but even when municipal programs were created to underwrite murals, they were a response to what had already been initiated at the community level. Many murals address the quality of urban life by protesting specific urban or industrial changes or projecting alternative cityscapes. The shift in mural art to neighborhood locations and to themes addressing local issues suggests a new role for public art and a new position for murals in relation to public space. In the context of pre-1989 West Berlin, murals became a vehicle for citizens to contribute to the discourse of urban development by challenging mainstream practices, creating solidarity, redefining citizens' place in the urban community, and reimagining the design and experience of the city. Using urban structures to intervene in the processes that were defining urban experience became a way by which the broader community could claim a right to the city.

The City as Subject Contemporary Public Sculpture in Berlin

2009 Berlin, a city rich in public sculpture, is the site of a distinctive body of recent work in which artists use the physicality of the city itself to reflect on and draw from the history of Berlin as a city. These sculptures grow out of and respond to the critical processes of social-historical and urban-historical investigation by architects, planners, citizen—activists, historians, and others, undertaken in the 1960s and 1970s. They intervene in recent architectural debates to challenge currently dominant conceptualizations of the urban ground plan and to reimagine historical and spatial relationships parallel to the urban reunification process. This article examines selected examples that provide a sense of how the city is taken as contemporary sculptors’ subject in both direct and complex forms.

Planning reunification: the planning history of the fall of the Berlin Wall

2006 This article looks at the history of plans for the reuse of the zone of land left vacant by the fall of the Berlin Wall. This strip and its redevelopment offer a window on the complex planning processes and issues that have been animating the city as a whole for the past fifteen years. In the main, plans developed since 1989 took a restorative approach, aimed at establishing continuity with the pre‐Wall character of sites and ground plans. More recently, however, a maverick view, which urged an ahistorical solution in the form of a greenbelt, merged with the desire to preserve the historical memory of the Wall. The result of this synthesis is a second layer of development that challenges the authority of the conventional planning process. The article sets analysis of post‐reunification planning documents within the context of post‐war planning experiences to gain insight into how planning in East and West Berlin contributed to recent developments.