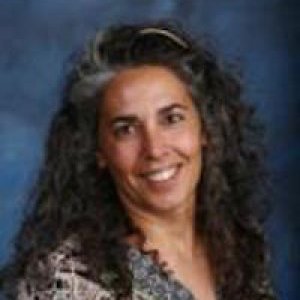 Carolyn Viviano is an Associate Professor of Biology in the Seaver College of Science and Engineering at Loyola Marymount University. She also is Director of the Secondary Teacher Preparation in Biology & Chemistry program. She received her Ph.D. from Columbia University.

The grant, part of the Robert Noyce Scholarship Program, is a five-year award that was offered to LMU on Sept. 1 of last year, according to associate professor of biology Carolyn Viviano. Since then, LMU leaders of the program, including Viviano and associate professor of biology Catharine McElwain, have planned out how to distribute the money in order to achieve the grant’s ultimate goal to “raise the profile of teaching as a career for students on our campus,” according to Viviano...

Is retinoic acid an endogenous ligand during urodele limb regeneration?

The effects of retinoids on a regenerating urodele limb make them interesting candidates for endogenous ligands during regeneration. We review the evidence for considering this possibility. This includes analysis of retinoids and retinoic acid receptors ...

The wound epidermis is a transient secretory epithelium that apposes the mesenchymal blastema of a regenerating urodele limb, and is required for regeneration. Previous studies have shown that the positional identity of the blastema is respecified by ...

Multiple levels of regulation exist for expression of the Hoxa-4 (Hox-1.4) gene in the mouse testis

The experiments presented in this study show that the testis-specific expression of the murine Hoxa-4 (formerly Hox-1.4) gene is likely to be achieved through a variety of regulatory mechanisms operating on several levels. S1 mapping analysis suggested the ...

Expression of Homeobox Genes during Spermatogenesisa

Drosophila homeobox-containing genes have been shown to regulate the expression of one another as well as other classes of development-regulating genes at the genetic and molecular level. For example, the levels of expression of Antp and Ultrabithorax...

Hox-1.4 is a mouse homeobox-containing gene (initially identified as HBT-1), whose expression appears to be testis-specific in the adult animal. Examination of Hox-1.4 transcripts in RNA from testes of mutant mice deficient in germ cells confirms that Hox-1.4 ...