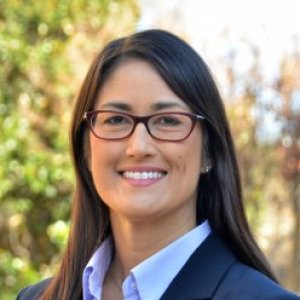 
Carrie Liu Currier writes on Asian politics and relations, with emphasis on China and Taiwan. 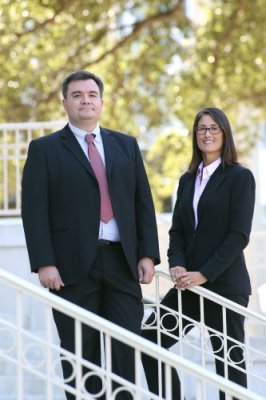 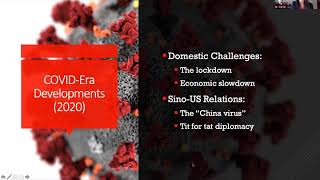 Carrie Liu Currier teaches courses in Asian politics, comparative politics, feminist international relations theory, international relations, and global political economy. Her research has generally focused on: 1) economic reform in China, to understand how developing countries are adapting to the demands of globalization, 2) China’s Foreign Policy with the Middle East, examining both arms transfers and the pursuit of energy, 3) China’s energy policy and pursuit of resources, 4) China’s one child policy and its social implications, and 5) the politics of entrepreneurship in Taiwan and China. She has conducted survey research in both China and Taiwan, examining labor market reforms and its impact on women’s public and private sphere activities as well as analyzing the role the state has played in fostering entrepreneurship. Her publications include: a co-edited book (with Manochehr Dorraj) China’s Energy Relations with the Developing World, several book chapters, and articles in the following journals: American Journal of Chinese Studies, Asian Journal of Women’s Studies, China Public Affairs Quarterly, Journal of Chinese Political Science, Journal of Women Politics and Policy, and Middle East Policy.

In addition, she has been the director of TCU’s Asian Studies program for the past eleven years, and serves on several university and college committees. She is the current director of the National Consortium for Teaching about Asia (NCTA) in North Texas, an initiative funded by the Freeman Foundation to facilitate teaching and learning about East Asia in elementary and secondary schools nationwide. Within the profession she is currently the Secretary of the Western Political Science Association (WPSA), she is on the Status Committee for Asian Pacific Americans in the Profession for the American Political Science Association (APSA), she has served on the board of the Southwest Conference on Asian Studies (SWCAS), she was a member of the ETS development committee for the Major Field Test in political science, and has served in several capacities for ETS and the College Board with regard to the development and grading of the AP Comparative Government exam.

With only pen and paper, Kiril Tochkov made a startling discovery. “For a month and a half, I was writing like the medieval monk that was copying the Bible,” said the associate professor of economics, who scoured historic documents for his research on Sino-Russian relations with Carrie Liu Currier, associate professor of political science and director of Asian Studies.

Carrie Liu Currier '96 always wanted to attend the University of Michigan. Growing up in Iowa, she cheered for the Wolverines alongside her father, a huge Michigan football fan who watched every game on television. The day Carrie got into Michigan was the best day of her life.

Breaking the Bamboo Ceiling: Challenges for APA Women in and Outside of the Classroom

2022 Despite often being characterized as the “model minority,” Asian Pacific Americans (APAs) have several challenges when it comes to their roles in the discipline of political science. Even the categorization of APAs as a single entity runs into problems when we consider the many countries that constitute Asia and the distinct experiences of Asians vs. those of Asian Americans within our discipline. In addition, the issues facing APAs also differ significantly based on gender.

In Arms We Trust: the Economic and Strategic Factors Motivating China-Iran Relations

2009 This article examines contemporary China-Iran relations, focusing on the economic and strategic ties that have helped solidify the relationship since 1979. We begin with an overview of the arms and technology transfers that mark the early years of the relationship, analyzing the benefits each side gained from these transactions. In addition to discussing the short-term financial benefits behind forging stronger ties, we examine how the regional ascent of both states has also presented several long term factors that helped motivate their cooperation. These developments shed light on the important role the U.S. has played, both in terms of where it has tried to intervene and what success it has had influencing the Sino-Iranian relationship.

Investing in the Future: The One Child Policy and Reform

2008 Since the One Child Policy was implemented in 1979, it has been examined closely for both its perceived developmental benefits and the negative effects it has had on women. To ensure compliance with the policy birth planning officials have used both incentives and punitive measures, with different results in urban and rural areas. In the urban sector, the policy has effectively reduced population growth, with suggestions that a lasting change has occurred in terms of attitudes on family size and the value of daughters. To illustrate these changes a cohort analysis of 292 women in Beijing is used, offering insight into changing family dynamics, sex ratios, and human capital investments as a result of the One Child Policy. This article then analyzes the current state of the policy and questions its continued implementation on the basis of the numerous exceptions allowed to the one child rule and the declining worker to retiree ratios that threaten the economic stability of China's aging population. The trends uncovered raise important questions about the role of the policy in China's long term development goals and suggest further reforms are needed.

Redefining ‘Labor’ in Beijing: Women's Attitudes on Work and Reform

2007 Feminist analyses of political economy examine both the 'position of women,' documenting the roles women hold in the public and private spheres, and the 'power of gender,' or the social factors that push or pull women into such positions. This article addresses both of these issues by assessing the labor that a sample of women in Beijing perform inside and outside of the household and the factors causing them to adjust their roles in each. Women's perceptions on present and future employment opportunities have changed over time in response to the different stages of market reforms implemented in China. At times, the state has flexibilized and feminized women's labor by promoting policies that support the male breadwinner model and treat women as supplemental rather than primary workers. These gendered policies have not only contributed to the low value that women assign to their roles in both the public and private spheres, but have also created some unexpected economic gains for a middle cohort of women. In this article, I examine both the social and economic factors shaping women's labor decisions, using a cohort analysis of women's allocation of public and private sphere labor, perceptions of (in)equality, and attitudes toward the path and pace of reform to determine how women fare in the labor market under reform.