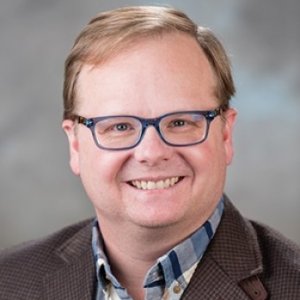 
Carson Meredith is an expert in researching the surfaces and interfaces of advanced materials. 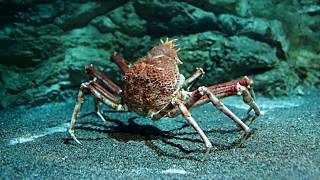 Dr. Meredith's group researches the surfaces and interfaces of advanced materials. Their work aims to apply fundamentals of polymer, surface and colloid science to find new ways to engineer materials useful to society and industry. In particular, projects emphasize the utilization of renewable components, sustainable processing, and bioinspired designs in adhesives, composites, foams and coatings, among others. He works closely with the Georgia Tech Renewable Bioproducts Institute.

There are three primary thrust areas: 1) utilization of renewably-sourced materials (such as cellulose and chitin nanofibers) in high-strength nanocomposites, coatings and barrier materials; 2) design and development of more sustainable surfactant-free foaming processes that can be applied in oil recovery, oil spill cleanup and chemical separations (in collaboration with Sven Behrens, ChBE) and 3) discovery of the principles of adhesion and wetting used by natural particles like pollen and fungal spores, and their application in adhesives, composites and sensors.

“It works similarly to a layer of cooking oil covering a pool of syrup,” said researcher Carson Meredith. “The oil separates the syrup from the air and slows down drying considerably.”...

“A bee encounters not just wet and humid environments but windy and dry surroundings as well, so its pollen pellet must counteract those variations in humidity while remaining adhered,” said J. Carson Meredith, a professor in Georgia Tech’s School of Chemical and Biomolecular Engineering. “Being able to withstand those kinds of changes in humidity is still a challenge for synthetic adhesives...”

Plastic from Crab Shells and Trees

The new material is made by spraying multiple layers of chitin from crab shells and cellulose from trees to form a flexible film similar to plastic packaging film. “The main benchmark that we compare it to is PET, or polyethylene terephthalate, one of the most common petroleum-based materials in the transparent packaging you see in vending machines and soft drink bottles,” said J. Carson Meredith, a professor in Georgia Tech’s School of Chemical and Biomolecular Engineering. “Our material showed up to a 67 % reduction in oxygen permeability over some forms of PET, which means it could in theory keep foods fresher longer.”...

Discarded crab shells and tree fibers hardly seem like the future of plastic packaging, but J. Carson Meredith, a professor of engineering at Georgia Tech, believes a new material made from those two components may be just that. After two years of lab work, Meredith and a team of researchers developed a flexible plastic material made from natural, compostable materials, a development Georgia Tech announced July 23. Meredith hopes the plastic will serve the same purpose as common petroleum-based packaging while stopping the clogging of landfills and oceans.

"The main benchmark that we compare it to is PET, or polyethylene terephthalate, one of the most common petroleum-based materials in the transparent packaging you see in vending machines and soft drink bottles," said J. Carson Meredith, a professor in Georgia Tech's School of Chemical and Biomolecular Engineering. "Our material showed up to a 67 percent reduction in oxygen permeability over some forms of PET, which means it could in theory keep foods fresher longer..."

2019 The role of surfactants in governing water interactions of atmospheric aerosols has been a recurring topic in cloud microphysics for more than two decades. Studies of detailed surface thermodynamics are limited by the availability of aerosol samples for experimental analysis and incomplete validation of various proposed Köhler model frameworks for complex mixtures representative of atmospheric aerosol. Pollenkitt is a viscous material that coats grains of pollen and plays important roles in pollen dispersion and plant reproduction. Previous work suggests that it may also be an important contributor to pollen water uptake and cloud condensation nuclei (CCN) activity. The chemical composition of pollenkitt varies between species but has been found to comprise complex organic mixtures including oxygenated, lipid, and aliphatic functionalities. This mix of functionalities suggests that pollenkitt may display aqueous surface activity, which could significantly impact pollen interactions with atmospheric water. Here, we study the surface activity of pollenkitt from six different species and its influence on pollenkitt hygroscopicity. We measure cloud droplet activation and concentration-dependent surface tension of pollenkitt and its mixtures with ammonium sulfate salt. Experiments are compared to predictions from several thermodynamic models, taking aqueous surface tension reduction and surfactant surface partitioning into account in various ways.

2019 We report a two-phase adhesive fluid recovered from pollen, which displays remarkable rate tunability and humidity stabilization at microscopic and macroscopic scales. These natural materials provide a previously-unknown model for bioinspired humidity-stable and dynamically-tunable adhesive materials. In particular, two immiscible liquid phases are identified in bioadhesive fluid extracted from dandelion pollen taken from honey bees: a sugary adhesive aqueous phase similar to bee nectar and an oily phase consistent with plant pollenkitt. Here we show that the aqueous phase exhibits a rate-dependent capillary adhesion attributed to hydrodynamic forces above a critical separation rate. However, the performance of this adhesive phase alone is very sensitive to humidity due to water loss or uptake. Interestingly, the oily phase contributes scarcely to the wet adhesion. Rather, it spreads over the aqueous phase and functions as a barrier to water vapor that tempers the effects of humidity changes and stabilizes the capillary adhesion.

2019 Investigating tricomponent materials containing poly(vinyl alcohol) (PVA), cellulose nanocrystals (CNCs), and chitin nanofibers (ChNFs) provides potential for understanding the modulation of material properties. CNCs or ChNFs in polymers have been documented previously; however, composites containing both in combination has been underexplored. The results show that at certain CNC/ChNF ratios, the modulus and tensile strength of the composites are enhanced beyond that possible with either nanofiller alone. However, composites containing CNC/ChNF ratios that corresponded to balanced nanofiller surface charges showed reduced mechanical properties, potentially due to charge-driven association of the nanofillers. Furthermore, changes in thermal degradation behavior suggested that these nanofillers could hinder initial degradation pathways, providing additional benefits to material performance. Overall, these initial results suggest that tricomponent nanocomposites utilizing PVA, CNCs, and ChNFs open additional possibilities for tuning the mechanical and thermal properties of creating high-performance materials with reduced environmental impact.

2013 Cellulose nanocrystals (CNCs) are reinforcing fillers of emerging interest for polymers due to their high modulus and potential for sustainable production. In this study, CNC-based composites with a waterborne epoxy resin matrix were prepared and characterized to determine morphology, water content, and thermal and mechanical properties. While some CNC aggregation was observed, the glass transition temperature (Tg) and modulus for the composites increased with increasing CNC content. Relative to neat epoxy, at 15 wt.% CNC the storage modulus increased by 100%, the Tg increased from 66.5 °C to 75.5 °C, and tensile strength increased from 40 MPa to 60 MPa, suggesting good adhesion between epoxy and CNC surfaces exposed to the matrix. Additionally, no additional water content resulting from CNC addition were observed. These results provide evidence that CNCs can improve thermomechanical performance of waterborne epoxy polymers and that they are promising as reinforcing fillers in structural materials and coatings.

2004 Even though degradation products of biodegradable polymers are known to be largely non-cytotoxic, little detailed information is available regarding the degradation rate-dependent acidic byproduct effect of the scaffold. In vitro and in vivo scaffold degradation rate could be differentiated using a fast degrading polymer (e.g., poly d, l-lactic-glycolic acid co-polymer, PLGA, 50:50) and a slow degrading polymer (e.g., poly ε-caprolactone, PCL). We applied a new method to develop uniform 10 μm thickness of high porous scaffolds using a computer-controlled knife coater with a motion stage and exploiting phase transition properties of a combination of salts and water in salt-leaching method. We then verified in vitro the effect of fast degradation by assessing the viability of primary mouse aortic smooth muscle cell cultured in the three-dimensional scaffolds. We found that cell viability was inversely related to degradation rate and was dependent on the depth from the seeding (upper) surface toward the lower surface. The pH measurement of culture medium using fluorescence probes showed time-dependent decrease in pH in the PLGA scaffolds, corresponding to PLGA degradation, and closely related to cell viability. In vivo analysis of scaffolds implanted subcutaneously into the back of mice, showed significant differences in inflammation and cell invasion into PLGA vs. PCL. Importantly, these were correlated with the degree of the functional angiogenesis within the scaffolds. Again, PLGA scaffolds demonstrated less cell mobilization and less angiogenesis, further supporting the negative effect of the acidic environment created by the degradation of biocompatible polymers.