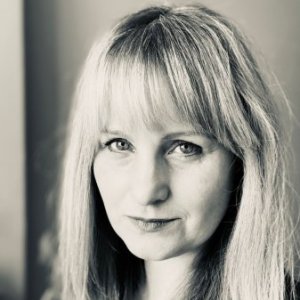 Specialising in the Viking Age, bioarchaeology and Rapa Nui

Dr Cat Jarman is an Honorary Senior Research Associate in the Department of Anthropology and Archaeology, and is a Fellow of the Society of Antiquaries. Her research specialisms include bioarchaeology, the Viking Age in England and Scandinavia, Viking women, and Rapa Nui. Dr Jarman’s work focuses on migration and mobility in past populations, as well as on ancient diets and resource use. She uses forensic techniques including isotope analysis, carbon dating, and DNA analysis to untangle unique human lives from broader historical narratives. She has directed archaeological excavations at Viking Age sites in England and the Ukraine.

Dr Jarman is the author of the book 'River Kings' (HarperCollins), which explores connections between Vikings in the west and the Silk Roads. Her PhD thesis on Viking Age burials in Repton, Derbyshire, formed the basis of an international TV documentary, 'Britain’s Viking Graveyard’ (Channel 4)/ ‘The Lost Viking Army' (PBS/Nova). She has spoken at major events such as the British Science Festival and TEDxBath. Dr Jarman frequently shares her expertise in international the media, on radio, and on podcasts, and has contributed to numerous TV documentaries as an on-screen expert and historical consultant. 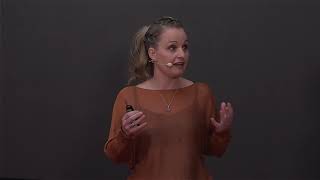 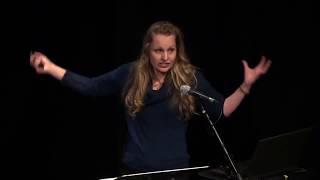 One of these detectorists, Rob Davis, had already spent more than a decade amassing a trove of trinkets when he reached out to Jarman in November of 2017. Though his collection was by no means comprehensive, Jarman says, it already held what might be the “smoking gun” of a Great Army encampment: a handful of trademark lead gaming pieces—a common relic of Viking encampments strewn throughout Europe.

"The discoveries at Repton are extremely rare: despite significant historical information about the early Viking raids in England, we actually know very little about the actual people involved," Cat Jarman, study author and Ph.D. student in the University of Bristol's Department of Archaeology and Anthropology, wrote in an email. "There are very few known Viking graves in England and no others that can be securely connected to the Viking Great Army."

Mass grave of 300 mutilated bodies in Derbyshire is the burial site of the Viking Great Army who viciously drove the Anglo Saxon King of Mercia into exile in Paris 1,150 years ago

Bioarchaeologist, Dr Cat Jarman explained: 'The previous radiocarbon dates from this site were all affected by something called marine reservoir effects, which is what made them seem too old.

This Mass Grave May Belong to 'Great Viking Army'

“That is one of the greater mysteries,” says Jarman. “We have thousands of thousands of people entering, but there's so little physical evidence.”

Incredible remains of Viking camp, complete with battle-axes and arrows, are unearthed in a Derbyshire village after being hidden for more than 1,000 years

Cat Jarman, a PhD student at the University of Bristol, said: 'Our dig shows there was a lot more to the Viking Camp at Repton than what we may have thought in the past. 'It covered a much larger area than was once presumed, at least the area of the earlier monastery, and we are now starting to understand the wide range of activities that took place in these camps.'

The Viking Great Army in England: new dates from the Repton charnel

2018 Archaeological evidence for the Viking Great Army that invaded England in AD 865 is focused particularly on the area around St Wystan's church at Repton in Derbyshire. Large numbers of burials excavated here in the 1980s have been attributed to the overwintering of the Great Army in AD 873–874.

Genetic ancestry of Rapanui before and after European contact

2017 The origins and lifeways of the inhabitants of Rapa Nui (Easter Island), a remote island in the southeast Pacific Ocean, have been debated for generations. Archaeological evidence substantiates the widely accepted view that the island was first settled by people of Polynesian origin, as late as 1200 CE.

2017 The Rapa Nui “ecocide” narrative questions whether the prehistoric population caused an avoidable ecological disaster through rapid deforestation and over‐exploitation of natural resources. The objective of this study was to characterize prehistoric human diets to shed light on human adaptability and land use in an island environment with limited resources.

Identities home and abroad: An isotopic study of Viking Age Norway and the British Isles

2012 The overall aim of this project was to investigate social identities in Norway and the British Isles through isotopic analysis of diet and mobility. The results of the analyses showed considerable dietary variation amongst the comparative Viking populations, but also in Norway. A strong correlation was found between the emphasis on terrestrial food sources in inland areas, and marine diets in coastal regions; thus implying regional adaptation to available resources.

AZANIA: Journal of the British Institute in Eastern Africa

2005 A five-year programme of archaeological research is currently underway in the South Luangwa National Park of eastern Zambia. The project aims to record, sample and date sites of all periods to build a chrono-stratigraphic framework for this previously unstudied area.