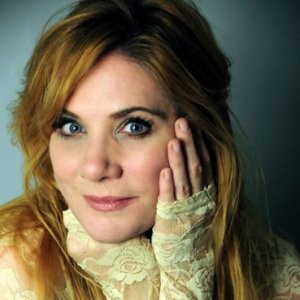 Dr. Catharine Christof Dada received her Ph.D. in Religious Studies from the University of Kent, Canterbury, UK. The focus of her research was on modern experiences of spirituality in Western theatre. She received her first degree in Theatre from LMU and subsequently trained as a classical actress at the prestigious Bristol Old Vic Theatre School in England.

Catharine has acted in several productions for the Royal Shakespeare Company -performing at theaters at Stratford and at the Barbican in London, as well as playing leading roles in many repertory theaters throughout the UK.

She was Artistic Director of the Sacred Performance Project - her company's work has been seen at festivals at Pari in Italy, and at Canterbury and Oxford in the UK. Catharine holds an MA (Hons) in the Study of Mysticism and Religious Experience also from the University of Kent at Canterbury, UK.

Dr. Dada is proud to be a Program Officer for Project Welcome Home Troops –teaching an evidence-based form of breathing meditation to Veterans with PTSD. She is currently creating a Theatre of War class for Fall 2018 at LMU.

Drama and the Sacred

Catharine trained for two years in Spiritual Counseling and Interfaith Ministry, at the Interfaith Seminary, UK.

Feminist Action in and through Tarot and Modern Occult Society

Feminist Action in and through Tarot and Modern Occult Society

Gurdjieff in the Theater PDF The Fourth Way of Jerzy Grotowski

This article focuses on the links between revolutionary and iconoclastic Polish theater director Jerzy Grotowski (1933–1999), and G. I. Gurdjieff. Grotowski is widely honored in the theater world, and understood to have been involved in creating what have been called spiritual experiences within theater movements of the late twentieth century. His work articulated experiences of the spiritual within the body; achieving a removal of spirituality from ecclesial authorities and a relocation of it within the body of the performer. This article explores the manifold resonances between concepts used in Grotowski’s work and that of Gurdjieff, demonstrating how Grotowski’s transformative theater work shows strong elements of Gurdjieff’s influence. Because of the striking and numerous similarities explored herein, a place can be affirmed for Grotowski as an independent Western Fourth Way spiritual teacher, working in theater.