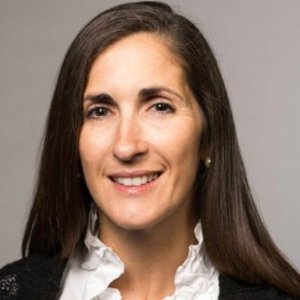 
Cerulli is an expert in women's rights and equality, suffrage, and domestic violence 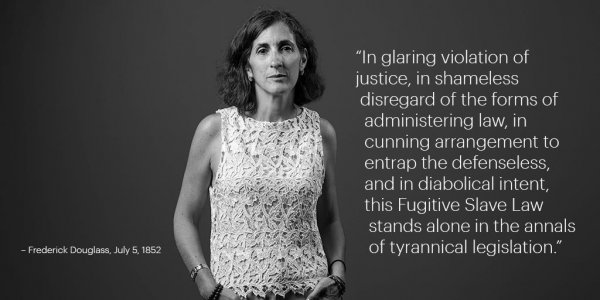 She has been dedicated to addressing domestic violence for over three decades, in a variety of capacities. Dr. Cerulli has received funding from the National Institute of Mental Health, the National Institute of Justice, the Centers for Disease Control and other federal institutes to conduct studies that examine myriad issues related to violence, including mental health and victim safety. She is a former assistant district attorney in Monroe County, New York, where she created a special misdemeanor domestic violence unit in 1995, and still practices law today. The Susan B. Anthony Center faculty and staff have been working on a local, state and national level to raise the profile of disenfranchised populations and examine ways to integrate science into policy. Additionally, the team has been reviewing letters written by Susan B. Anthony to examine what advice she would likely offer women in today’s world.

She is also working in the Sub-Mekong region on a multisite project examining IPV during pregnancy, depression, and child health outcomes related to birth weight and immunization compliance. She is a founding Board Member for the Crisis Nursery of Greater Rochester, Inc., a grass roots organization providing emergency respite care for greater Rochester area families with young children.

Cerulli has been recognized for her efforts toward empowering women. She has worked internationally with colleagues in Russia, China, and Laos on addressing issues facing vulnerable women experiencing depression and violence with the World Health Organization.

She was formerly an assistant district attorney in Monroe County, New York, where she created a special misdemeanor domestic violence unit. She has worked on issues surrounding domestic violence and child abuse for more than 25 years.

The Rochester Philharmonic Orchestra will make Susan B. Anthony and the 19th amendment the focus of upcoming performances. For the next two weekends — January 30, February 1, February 6, and February 8 — the RPO will host concerts which are part of a “season-long celebration of trailblazers, innovators, rule breakers, and radicals in history and music.” RPO Music Director Ward State conducts the world premiere of All on Fire, a new work by Gemma Peacocke. Plus, playwright Mark Mobley premiers a new theatrical work setting the stories of five strong Rochester women to music. Those women include: Mayor Lovely Warren, former City Councilwoman Elaine Spaull (Center for Youth Executive Director), Catherine Cerulli (Director, Susan B. Anthony Center, University of Rochester), Tamara Leigh (Director of Operations and Public Relations, Out Alliance), and Lola DeAscentiis (Susan B. Anthony Museum & House).

University of Rochester Professor Catherine Cerulli calls it the evolution of bruising. “Sometimes they will get darker. They will turn yellow and different shades, ” Cerulli said. Cerulli says when victims of domestic abuse experience a violent episode like strangulation, there may not be any visible marks. Her team is developing a special tool. “Using this technology, you’ll be able to not only see the bruising but you can actually see where the fingerprints are,” Cerulli said. Cerulli explained to News 8 this tool is similar to a wand that you would wave over the body. It will use ultra violet light to detect bruising before it’s obvious to the naked eye.

An oratorio by Geneseo composer Glenn McClure will be featured as part of Rochester’s ongoing celebration of the life of Frederick Douglass. Catherine Cerulli, executive director of the University of Rochester Susan B. Anthony Center, and Rochester Historical Society historian Dan Cody collaborate in a pre-concert chat and exhibit beginning at 7 p.m.

UR study hopes to help victims of domestic violence

Getting a court order of protection is a fundamental tool to protect victims of domestic abuse from further abuse by their attackers. And getting the order as quickly as possible is critically important. That typically requires carefully documenting bruises and other injuries. But frequently, that's not as simple as taking photographs of the affected areas of the victim's body. Bruises often don't become visible until several days after the attack. And bruises on people of color can be even harder to detect in a timely manner – if they can be detected at all. "We can and need to do a much better job of documenting bruises and injuries for everybody," says Catherine Cerulli, professor of psychiatry at the University of Rochester Medical Center and one of the study's lead researchers.

Accused child killer Erica Bell wrapped up her testimony on Wednesday, repeating her claim that she lied about causing Brook Stagles' fatal injuries because she feared the wrath of Brook's father Michael Stagles.... Dr. Catherine Cerulli, director of the Laboratory of Interpersonal Violence and Victimization at University of Rochester Medical Center, also testified for the defense on Wednesday. She testified that it is not uncommon for victims of intimate-partner violence to take responsibility for crimes committed by their partners. She said in those instances, the victims lie as a form of self-preservation, to protect their bodies from further violence at the hands of their abuser.

First hour: Equal Pay Day Equal Pay Day seeks to highlight the gender pay gap, with ideas on how to close it. In our area, the Coalition of Pay Equity was designed to examine differences in pay between different groups. We'll check in on COPE's surveys -- what they've learned, and what we can do to eliminate various gaps. Our guests: Catherine Cerulli, director of the Susan B. Anthony Center at the University of Rochester...

Local girls are acting up, in a good way

When I was in high school, so many women from history fascinated me. Women like Catherine the Great, Marie Curie, Eleanor Roosevelt, Susan B. Anthony. I loved Susan B’s story so much, I read the delegates speech she gave as part of an oration contest I was in. I never imagined I’d live within a few miles of her home and the site of the Seneca Falls Conventions. Great women in history can inspire young girls to greatness, but so can women who surround us every day in our own lives. Keynote speaker Catherine Cerulli will kick-off the conference. As associate professor of psychiatry at the University of Rochester Medical Center and director of the Susan B. Anthony Center, she has become world-renowned for her work on behalf of women and girls...

A reception held at the Memorial Art Gallery Monday kicked off a year of events celebrating the centennial of women’s right to vote in New York. The evening was hosted by The University of Rochester's Susan B Anthony Center, the National Susan B Anthony Museum and House and the American Association of University Women. Plenty of events are scheduled throughout the year to celebrate 100 years of women having the right to vote in the state. But while many will be centered on this anniversary, Catherine Cerulli, the Director of the Susan B Anthony Center at the University of Rochester said they will cover a wide range of women’s rights. "The right for women to vote really becomes a proxy for so many other ways that women are not empowered." Cerulli said there is work that still needs to be done. "While this is a year to celebrate, it’s also a year to organize, educate and agitate. We want to continue the legacy of Susan B. Anthony, and continue to push ourselves, our organizations and our community."

"I think a lot of work that's been done with Susan B. Anthony has focused on her political activity," said Kate Cerulli, director of the center housed at the University of Rochester. "This project is creating a different portrait of her, which is broader and in some ways has human interest."

Catherine (Kate) Cerull, director of the Susan B. Anthony Center, the Laboratory of Interpersonal Violence and Victimization (LIVV), and associate professor of psychiatry at the University of Rochester, received the YWCA Empowering Women Award at the organization’s annual luncheon last week.

Center brings Susan B. Anthony into the 21st century with #SueBSays

Susan B. Anthony announced, “Failure is Impossible,” creating a motto that carried the women’s suffrage movement to success. But while much is known about the famed suffragist’s stance on social equality and slavery, she also had lots to say on a variety of issues that still resonate today. This is why on Aug. 26, researchers from the University of Rochester’s Susan B. Anthony Center will launch a Twitter campaign aimed at connecting social media users with her opinions on an array of social issues, under the hashtag #SueBSays. “While reading through her personal letters, we saw that her insights are as relevant today as over 100 years ago,” says Catherine Cerulli, director of the Susan B. Anthony Center. “That is why we thought Twitter was the right channel to present her thoughts on issues we still struggle with today and a great way to bring her into the 21st century.”

The coalition recently launched an online survey of several questions to identify what, if any, gap in pay exists locally. The small group of local female leaders plans to measure various data such as pay, benefits and other factors over time. "What we are going to find out from the data (are) individual experiences and perceptions," said Kate Cerulli, a member of the coalition and director of the Susan B. Anthony Center for Women's Leadership at the University of Rochester. "We are conducting a survey right now, trying to get a baseline for what the situation is in the greater Rochester area."