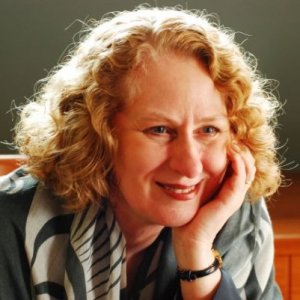 Catherine Morris has been working in the field of international human rights for over a decade, and in the field of peace and conflict studies and practice since 1983, including founding, leadership, policy, research and teaching in academic institutions and civil society organizations in Canada. She is an Adjunct Professor, Faculty of Law and Faculty of Human & Social Development at the University of Victoria. Her teaching, research and advocacy has led her to work in nations around the world, including Thailand, Cambodia, Honduras, Austria, Myanmar, Hong Kong, Rwanda, Bolivia, and Bangladesh.

Catherine Morris received the Victoria Bar Association Volunteer Award in 2015 for her work on the rule of law through promotion of international human rights.

Democracy continues to be undermined in Cambodia

Cambodia’s elections are always a bell-weather of peace and human rights in the country. In the 4 June 2017 local commune elections, seven million people, more than 85 per cent of registered voters, peacefully turned out to elect 12,000 representatives in 1,646 communities around the country. Observers found some noticeable irregularities, but in comparison with past elections, the polls went ‘smoothly.’ Yet the commune elections were no harbinger of peace. For months during the run up to the elections, long-ruling Prime Minister Hun Sen and his Cambodian People’s Party (CPP) demonstrated a long-familiar pattern of violent threats and deployed another potent weapon – the law.

Joshua Boyle and Caitlan Coleman were travelling in Central Asia when they were captured in Afghanistan in 2012. Their innocence, youth and citizenship in Canada and the U.S. made them ideal hostages. They — and their children — are innocent of wrongdoing or involvement in Afghanistan’s conflicts. This family is no less entitled to protection against human rights violations than diplomats, aid workers or journalists. Instead of inspiring public outrage at their captivity, they have been forgotten.

Ahead of next week’s U.S.-ASEAN summit at California’s Sunnylands retreat, human rights groups and others are calling on President Barack Obama to use the occasion to publicly raise concerns about human rights and democratic regression in Southeast Asia ...

One of the worst things about Bill C-51 is that it threatens the rule of law and undermines the integrity and independence of Canadian courts. Bill C-51 would allow CSIS and the Minister of Public Safety to co-opt and harness judges in violations of the Charter of Rights and Freedoms (Charter) or other laws in or outside of Canada. This concern must be singled out in the clamour of worries expressed by hundreds of academics, judges, lawyers, indigenous leaders, human rights defenders, and other experts who point out Bill C-51’s compromises to Canadians’ rights to liberty, fair hearings, privacy, and freedom of expression ...

Cambodia’s escalating post-election and labor tensions have so far led to two tragic shooting deaths and numerous injuries. Peaceful protests have escalated into rock-throwing and scuffling with police who suppress demonstrations with tear gas, water cannons, batons, rubber bullets and even live ammunition. While excessive use of force and firearms by police must be condemned, demonstrators must learn three compelling reasons for remaining peaceful even in the face of provocation ...

Undermining the rule of law: The case of Omar Khadr

Omar Khadr may finally be home, but he’s not exactly welcome. Government statements have repeatedly branded him as a “war criminal” and a “convicted terrorist” — inflammatory characterizations that disregard both facts and laws ...

George W. Bush's luncheon visit to Toronto on September 19 has come and gone, but a bitter taste lingers among - and about - Christians ...

Panel presentation sponsored by the Canadian International Council  Victoria, BC

The Impact of Mediation on the Culture of Disputing in Canada

Event sponsored by the ADR section of the BC Branch of the Canadian Bar Association  Victoria, BC

Corporate Land-Grabbing & Fabricated Charges in Cambodia: What Can Canadian Lawyers Do?

Media and Conflict: The Truth Behind the Lens

2016 Much has changed in Cambodia since the 1991 Paris Peace Agreements, a series of peacebuilding initiatives by the United Nations (UN) and foreign donors that aimed to uproot violence and impunity in the country and implant human rights and the rule of law.

The Impact of Mediation on the Culture of Disputing in Canada: Law Schools, Lawyers and Laws

2013 Experiments with mediation began to take place in Canada in the 1970s and 1980s in response to widespread concern about access to justice and negative social impacts of adversarial disputing.