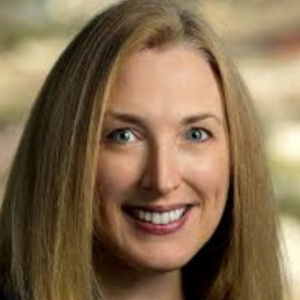 
Cathy Taylor is one of the nation's leading experts on the harmful effects of spanking as a form of discipline for children. 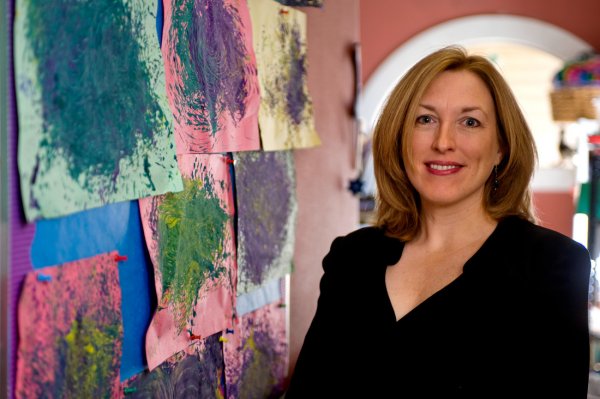 Catherine Taylor’s work is focused on the primary prevention of family violence, particularly child physical abuse, corporal punishment, and intimate partner violence. Her scholarship is designed to be translated and disseminated to disrupt the intergenerational cycle of violence as well as reduce childhood trauma and resulting health disparities. She directs the Violence Prevention Institute at Tulane University.

Spanking may cause more harm than good

The American Academy of Pediatrics says parents should not spank their children.

Should corporal punishment be banned?

Tommy talks to Cathy Taylor, Director of the Violence Prevention Institute at Tulane University, about a strong new statement from the American Academy of Pediatrics against spanking.

Doctors: Nothing good comes from spanking your children

Research showing the negative effects of spanking, verbal abuse, shaming, is slow to catch on. The studies done by Tulane's Dr. Catherine Taylor, were heavily sited by the American Academy of Pediatrics to strongly recommend that parents not use physical force on children.

"We know consistently that kids that are hit, are then at higher risk of then experiencing dating violence as teenagers, or even partner violence as adults," said Dr. Taylor...

Does spanking lead to violence?

Tommy talks to Cathy Taylor, Associate Professor of Global Community Health and Behavioral Sciences at Tulane University School of Public Health and Tropical Medicine, about a new study on spanking and corporal punishment.

"In the past couple of decades, a tremendous amount of research has come out that shows hitting children is counterproductive and leads to more harm than good," said Catherine Taylor, author of a new survey on the subject.

"I hope that pediatricians will recognize that not only can they speak up about this issue with parents and with each other, but that they have the support of their colleagues," said Taylor, an associate professor of global community health and behavioral sciences at Tulane University in New Orleans...

Tommy talks to Cathy Taylor, Director of the Violence Prevention Institute at the Tulane School of Public Health and Tropical Medicine, about a new study on spanking.

Catherine Taylor, an associate professor of global community health and behavioral sciences at Tulane University School of Public Health and Tropical Medicine, surveyed pediatricians around the U.S. and found that most think spanking seldom or never results in positive outcomes for kids. The study is published in the Journal of Developmental and Behavioral Pediatrics...

A new study shows spanking your kids may not only be ineffective, but it can backfire. Researchers at Tulane University found children who were spanked frequently at 3-years-old were 50 percent more likely to become aggressive by the age of five.

Catherine Taylor co-authored the study published in the Journal of Pediatrics and she joined us on Tuesday's American Morning to discuss its findings.

Most respondents were members of the American Academy of Pediatrics (85%), had been practicing physicians for 15 years or more (66%), and were white (69%) and female (59%). All US regions were represented. About 3-quarters of pediatricians did not support the use of spanking, and most perceived that their colleagues did not support its use either. Pediatricians who were male, black, and/or sometimes spanked as children had more positive attitudes toward spanking and expected more positive outcomes from spanking than their counterparts. Nearly 80% of pediatricians never or seldom expected positive outcomes from spanking, and a majority (64%) expected negative outcomes some of the time.

This study used a pre/post design to evaluate the implementation of a hospital-wide No Hit Zone (NHZ) bystander intervention around parent-to-child hitting. A total of 2326 staff completed the pre-NHZ survey and received training about the NHZ policy; 623 staff completed the post-test survey 10 months later. A group of 225 parents participated in the pre-NHZ survey and a second group of 180 participated in the post-NHZ survey, also 10 months later.

Attitudes, beliefs, and perceived norms about corporal punishment and related training needs among members of the “American Professional Society on the Abuse of Children” Child Abuse & Neglect

Hitting children for disciplinary purposes (i.e., spanking or corporal punishment [CP]) is a strong risk factor for child physical abuse and is highly prevalent in the U.S. Yet, little is currently known about the relevant attitudes, beliefs, or training needs of key professionals who often advise parents regarding child discipline strategies.

Spanking and adult mental health impairment: The case for the designation of spanking as an adverse childhood experience Child Abuse & Neglect

Adverse Childhood Experiences (ACEs) such as child abuse are related to poor health outcomes. Spanking has indicated a similar association with health outcomes, but to date has not been considered an ACE. Physical and emotional abuse have been shown in previous research to correlate highly and may be similar in nature to spanking.

Despite the risk it poses to children’s mental and physical health, approval and use of corporal punishment (CP) remains high in the United States. Informed by the Theory of Planned Behavior, we examined potential predictors of attitudes supportive of CP while assessing the moderating effects of parents’ (N = 500) chosen primary professional source of advice regarding child discipline: pediatricians (47.8 %), religious leaders (20.8 %), mental health professionals (MHPs) (n = 18.4 %), or other identified professionals (13.0 %).

Perceived Social Norms, Expectations, and Attitudes toward Corporal Punishment among an Urban Community Sample of Parents Journal of Urban Health

Despite the fact that corporal punishment (CP) is a significant risk factor for increased aggression in children, child physical abuse victimization, and other poor outcomes, approval of CP remains high in the United States. Having a positive attitude toward CP use is a strong and malleable predictor of CP use and, therefore, is an important potential target for reducing use of CP. The Theory of Planned Behavior suggests that parents’ perceived injunctive and descriptive social norms and expectations regarding CP use might be linked with CP attitudes and behavior...